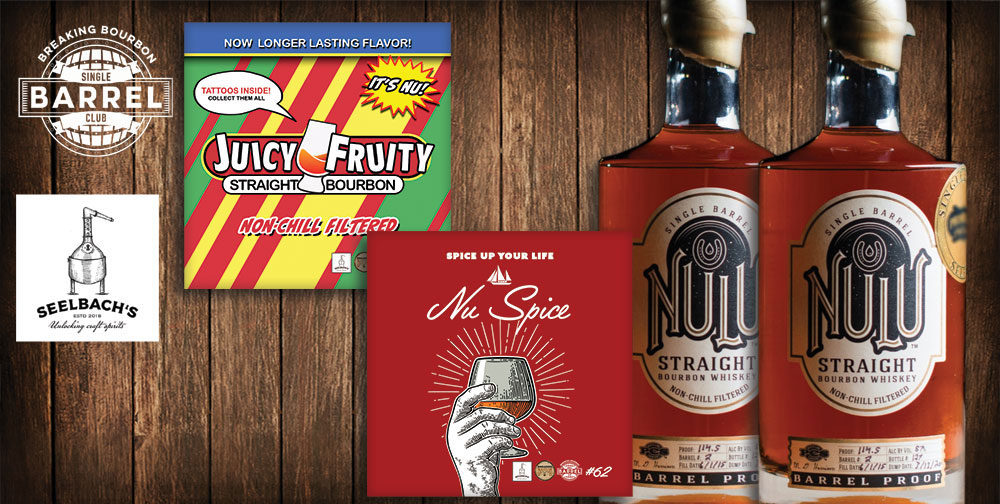 For this pick, we visited Prohibition Craft Spirits Distilling Company located in the Nulu neighborhood of Louisville, Kentucky. We can best describe the pick as a “no holds barred” format, as we were there to select a Breaking Bourbon barrel (or a few), Seelbach’s barrel (or a few), and create a custom blend. As a result, this meant tasting a lot of barrels, which is our favorite way to find good ones. And good ones we did find.

After tasting through a handful of fairly average barrels, we discovered a 6 year old (filled in March 2016) 36% rye mashbill bourbon that was exceptional. Spice forward, the bourbon was well rounded with complementary notes of caramel, oak, and butterscotch. It was unanimously the best bourbon we tasted before getting into some double barrel bourbons and ryes.

Then we got into double barrel bourbons, which were originally aged in Columbian oak, and then were being finished in toasted barrels. The whole lot was shockingly varied in flavor profile, from parmesan cheese notes (yes you read that right) to big summer fruit. We worked out a fantastic blend for Seelbach's, but there was one barrel that stood out so much on its own we had to revisit, and ended up claiming as a single barrel for the Club. It's also a 6.5 year old bourbon (filled December 2015), but has 21% rye in the mashbill. It's incredibly fruit-forward and creamy, with apricot, raspberry, and dark cherry complemented by brown sugar and caramel sweetness with a touch of spice.

For the sticker concepts we put the task out to the Single Barrel Club, and they came back with some fantastic ideas. With so much fruit on the finished barrel, a Fruit Stripe, Juicy Fruit mashup idea took shape. And for the spicy barrel, a play on Old Spice only in this case it’s Nu spice (NULU…get it?). We’re excited for these two finds and can’t wait to share them with the club.