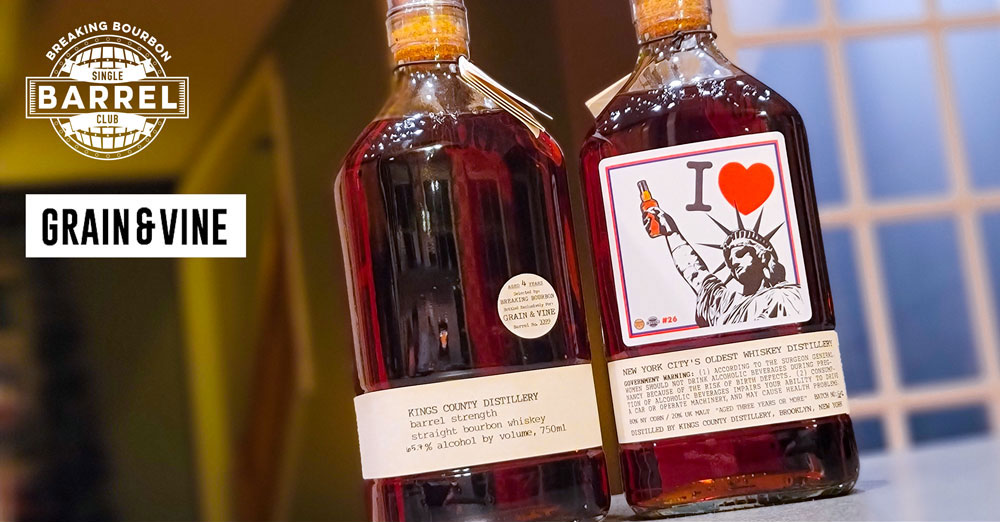 Kings County distills all of the whiskey they bottle, and was once the smallest commercial distillery in the country operating out of a 325 square foot room in East Williamsburg. In 2012 the distillery moved operations to their now current location in the Brooklyn Navy Yard, an area known for the legendary Whiskey Wars starting in 1869 and ultimately wreaking havoc on Brooklyn.

Kings County creates their whiskey using Scotting copper pot stills and open fermentation, with single barrel selections being relatively rare. In this case the selection included five barrels to choose from. Each of the five barrels was 15 gallons, however they ranged in age from 3 years and 6 months to 4 years and 7 months. The selection was done blind, as noted only by the letter on the sample. Consistent across each was a “how did they do this?” element, surprising us relative to their age and fact that the whiskeys were aged in 15 gallon barrels - two elements we would not have guessed on taste.

Two barrels emerged from the set of five, both offering a delicious black licorice note and an oily mouthfeel. However setting those two aside for direct comparison, the winner became more obvious with much deeper complexity and more rounded delivery of flavors. Sample H - the oldest at 4 years and 7 months, reigned supreme.

For the sticker concept we wanted to keep this one simple. With the distillery located in our home state of New York, a kind of “New York Strong” theme developed. Further, Kings County’s very simple black and white labels inspired a black and white theme (with a few pops of color), and the “I Love NY Bourbon!” name showcasing the iconic Statue of Liberty emerged.