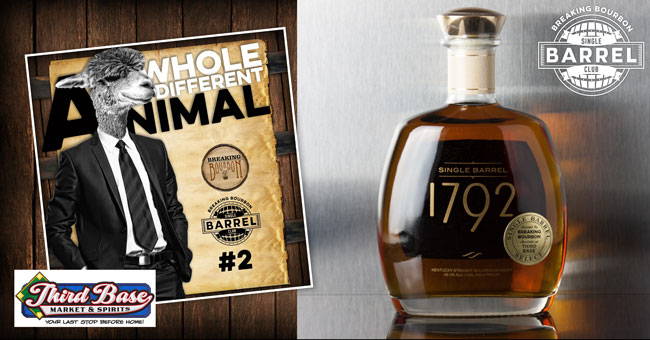 Breaking Bourbon Single Barrel Club picks are selected by Breaking Bourbon, and whenever possible with the help of Patreon supporters. The bottles are made available to Patreon supporters first by pledge tier. If any bottles remain after all supporters have had an opportunity to purchase, they are made available to the public on a first come, first served basis. Each barrel is sponsored by a retailer partner, who sells the bottles directly to end purchasers.

For this pick, we partnered with our friends at Third Base Market & Spirits out of Grover Beach California. With an assortment of ongoing barrel picks at fantastic prices, we’ve been fortunate to try a handful of them (spoiler: they’re good). Additionally, this was one of two 1792 picks selected simultaneously, so check out1792 Full Proof as well.

1792 Single Barrel is bottled at a slightly higher proof than the standard 1792 - 98.6 versus the standard 93.7. It’s always been described by the company as a “high rye” bourbon, though the exact amount of rye used is not disclosed. As a result, 1792 Bourbon is known for being a more spicy bourbon, and with the standard bottling on the shelf for under $30 in most places it’s one everyone should try.

For this pick, we were joined by long time Patreon support Kevin Williams for remote video tasting early on a Saturday afternoon in July.

Tasting the samples revealed something immediately - they were all very different from one to another. Even compared with a standard bottle of 1792, and even at a similar proof it was apparent were were dealing with some of Barton’s better and more unique tasting barrels. Because of that, it made the selection both easier (because they were all good) and more difficult (because it ultimately came down to personal preference). Spicy, sweet, fruity notes….these characteristics came up over and over during our tasting describing the different options as ranging across the spectrum. Ultimately, each one of us landed on the same barrel - number 3. Leather, cigar box, some of that 1792 spice, sweet notes...layers of flavor. Kevin noted, “I think this is one of those bourbons that’s approachable by everybody.”
‍

It’s a honey barrel, plain and simple. Most importantly, we thought it was head and shoulders better than standard 1792 Bourbon, which is why we dubbed it “A Whole Different Animal.” 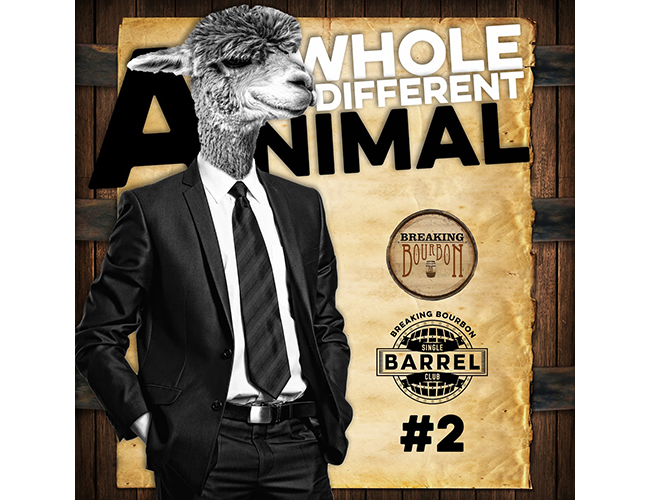 Be sure to check out our video highlight reel above. If you’d like to see the entire recording of the selection, become a supporterfor as little as $1 per month on Patreon.

If you’re a retailer and you’d like to get your name in front of millions of bourbon enthusiasts by becoming a retailer partner,contact us.
‍

Please note these bottles will not be sold by Breaking Bourbon, but will be sold by retailers we partner with in order to fulfill the orders and ship the bottles directly to Patreon supporters. Breaking Bourbon will receive no compensation from our partner retailers under these agreements (with the exception of a single bottle from each barrel for editorial purposes). If you represent a retailer and ship to consumers and you’re interested in partnering just let us know!