World Whiskey Society (WWS) was established in 2020, and according to the company’s website “comprises an ultra-premium collection of rare expressions previously unavailable to even the most sophisticated whiskey enthusiasts.” WWS seeks out whiskeys from around the world, noting they have “a singular goal in mind - uniqueness - before selecting a distillery partner to join WWS.” One consistent feature of WWS’s collections is unique bottle designs, ranging from a bottle with a unicorn on the topper, to bottles half dressed in knight or samurai armor, to a gothic style decanter adorned with gargoyles.

‍‍Doc Holliday is one of the World Whiskey Society’s collections, and this 8 year old release joins the other 7 and 10 year old Doc Holliday bourbons in this line. The name Doc Holliday pays homage to John Henry Holliday, an American gambler, gunfighter, and surprisingly also a dentist - hence the reason he earned the nickname “Doc.” Holliday is best known for his role as a temporary policeman in the 1881 gunfight at the OK Corral in Tombstone, Arizona, which is regarded as the most famous shootout in the history of the American Old West. In the spirit of WWS’s unique bottle designs, the bottle stopper is a solid metal replica of the cylinder of a loaded six-shooter revolver, the label resembles an old-timey document, and it's adorned with a 3 dimensional metallic skull of a steer.

The bourbon in this specific release originates from Ivy Mountain Distillery in Georgia, which was operated by Carlos Lovell from 2011 through 2015. According to the company’s now inactive Instagram account, “The Lovell family has made whiskey and brandy in these hills for 150+ years. In the 1960’s they shut down their bootleg operation, and fired it back up in 2011 - legally this time. In 2015, Mr. Lovell stepped away from his still, at age 89. We feel the weight and responsibility of carrying on the Lovell family legacy and the Ivy Mountain torch.”  The distillery was operated until 2019 when it was shuttered. In 2021 there were plans to once again produce whiskey under new ownership of R.M. Rose and Company Distillers.

Sweet caramel meets buttered cornbread to form an inviting aroma upfront. A swirl of the glass and deeper inhale reveals an orange citrus note that’s enveloped in a chocolatey malt blanket and a wave of spice against the persistent malty undertone. At over 130 proof, it’s not devoid of heat, but at the same time it’s surprisingly manageable. You’ll notice an enjoyable uniqueness as it all comes together, delivered by its complex, yet punchy assembly of aromas.

Beginning with a healthy dose of rye spice upfront, sweeter notes of caramel and chocolate emerge with intensity. Fruit flavors consisting of green apple and orange rind materialize, albeit light against what ultimately becomes a persistent spicy note throughout. A rich, sweet malty note appears on the backend of the palate, making it equal parts familiar and unusual at the same time. Like the nose it’s surprisingly manageable considering its high proof point, shifting from punchy to rich and full. The palate is where the bourbon reaches its high point, enticing you to roll it around in your mouth a bit longer and making for a really nice midpoint to the sip.

Spice persists into the finish, shifting from rye to pepper and allspice. Beyond the initial layers of spice, tobacco, chocolate, and a touch of chili pepper spice tease their way in. A sweet undertone materializes, but remains nondescript. The intensity of the bourbon increases to its highest level, making for a long, spice-filled finish that maintains a healthy level of sweetness even though it takes a backseat to the spice. It turns dry as it lingers, with aged oak and leather mingling in.

On the surface Doc Holliday is an attention-grabbing bottle. You don’t see many stoppers that resemble loaded revolver barrels - or really any for that matter - nor do you typically see 3D adornments affixed directly to a bottle’s label, though a few bottles do and they tend to catch your eye. If you look closer, you start wondering who Doc Holliday is if you didn’t know already. It draws the eye for sure, but of course the question quickly becomes “what’s inside this bottle anyway?”

Thankfully, the release does not leave you fooled by a unique bottle design intended to mask boring whiskey. Instead, it’s something you may have never had in its current form, and may never (or at least very rarely) ever see again. Starting with the flavor profile, Doc Holliday certainly does its fair share of stumbling about with a variety of flavors you don’t typically see together, a bit of a punch, and intensifying spice in the finish. But if you like a big bourbon, you’ll appreciate it.

Digging deeper, the now defunct Ivy Mountain Distillery may never distill again, and if they do the whiskey won’t be the same. It’s unknown exactly how much is left, and being a single barrel the variation of barrel to barrel is also a factor.

The bourbon also includes 10% malted corn in its mashbill, which isn’t common. Malting corn is the process of converting whole kernel corn into malt. It’s accomplished by soaking corn in water, then draining and germinating it. After the corn has germinated, it’s then dried and kilned, which subjects it to heat. Malted corn also has less power to convert starches than malted barley and takes additional time to process, which is likely why it isn’t adopted by more distilleries.

Ultimately, Doc Holliday 8 Year is a unique tasting bourbon, originating from a defunct distillery with a storied past, hits a relatively high age mark at 8 years for craft bourbon, and has a unique mashbill. It may not immediately shock you in the way a heavily finished bourbon might, but offers plenty of layers to peel back revealing an array of unique features you won’t typically encounter.

A number of conflicting arguments could be made with respect to value. It could easily be argued that high proof, more readily available bourbons like Knob Creek Single Barrel (9 years old, $55) and Elijah Craig Barrel Proof (12 years old, $60) offer a better value-drinkability combination. And in many ways, they typically do. Craft bourbons can be hit or miss, and $134 is a risk on something that might not be for everyone.

Like Lost Lantern and Two Souls Spirits, World Whiskey Society seeks out unique whiskeys from different distilleries. The basic idea behind each of these companies is to discover barrels, and then bottle them under their own label either as single barrels, or potentially blend them or even finish them. Like Lost Lantern and Two Souls, the cost varies depending on what’s being bottled and what additional steps have been added to it, but in each case there seems to be care taken in selecting the specific barrels. By that comparison, this 8 year old bourbon’s price tag isn’t surprising.

The uniqueness of this bourbon’s flavor profile, the fact that there are so few bottles of it, it comes from a defunct distillery, and its use of malted corn in the mashbill are all notable. It also cannot be argued that its packaging will draw anyone’s attention - for better or worse - but again that’s a unique quality that care and budget were dedicated to. At its price point, I would certainly buy another bottle if it was available, maybe even a few.

Drawing your attention with an eye-catching bottle design, peeling back the layers on Doc Holliday 8 Year Bourbon reveals a whiskey worthy of your attention.

Oftentimes eye catching bottle designs draw you in, but leave you wanting more than what the whiskey in the bottle actually has to offer. This isn’t to say I fault any brand for it, after all there are a lot of whiskeys on the market, and brands need to get consumers’ attention somehow no different than any other product. You can’t stay in business if you can’t find customers.

But increasingly, bottles look more and more different, yet the whiskeys inside them seem more and more homogeneous. That’s not to say the whiskeys don’t taste good or their makers aren’t adding value in some way - many are sourced from MGP, Dickel, and other distilleries who either sell barrels on a larger scale or contract distill. But in the end, the road often leads you back to a familiar endpoint.

Surprisingly (and refreshingly), Doc Holliday 8 Year Bourbon leads you down a path you wouldn’t expect. The release is only one barrel and very small, but it’s put World Whiskey Society on my radar in the right kind of way with a whiskey that’s both interesting and really enjoyable. As a result, it has me curious to see what other interesting whiskeys they discover.

Buy World Whiskey Society Doc Holliday 8 Year Bourbon at Frootbat
‍The sample used for this review was provided to us at no cost courtesy its respective company. We thank them for allowing us to review it with no strings attached.
360 video 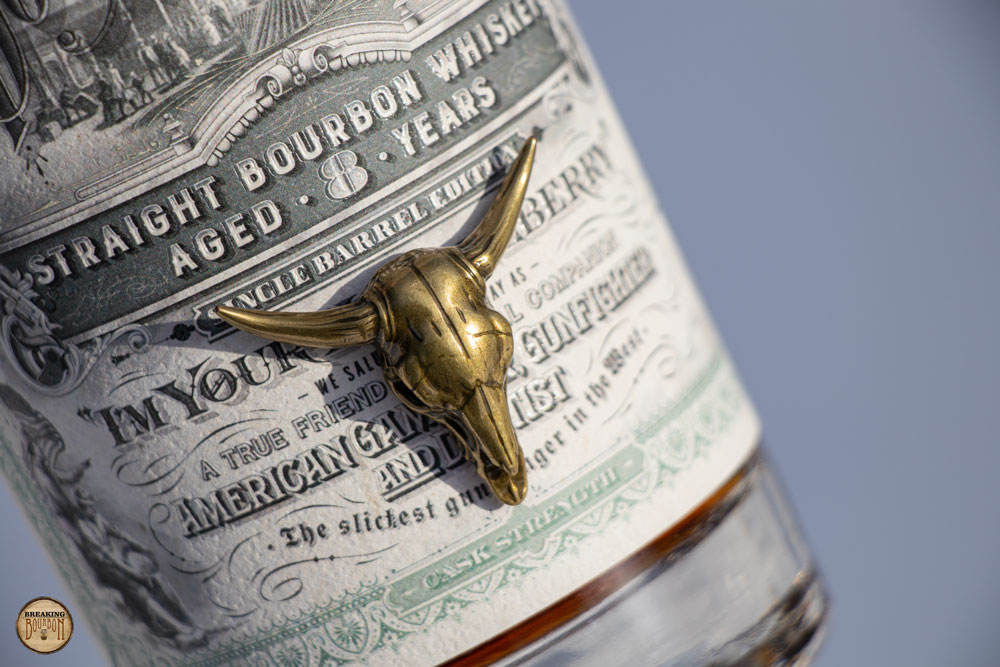 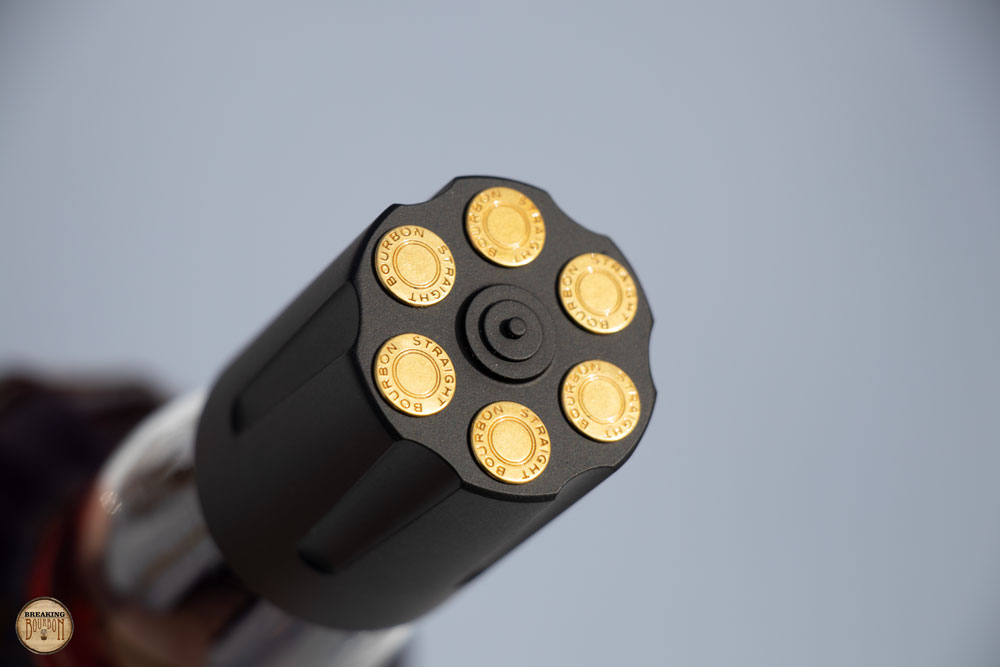 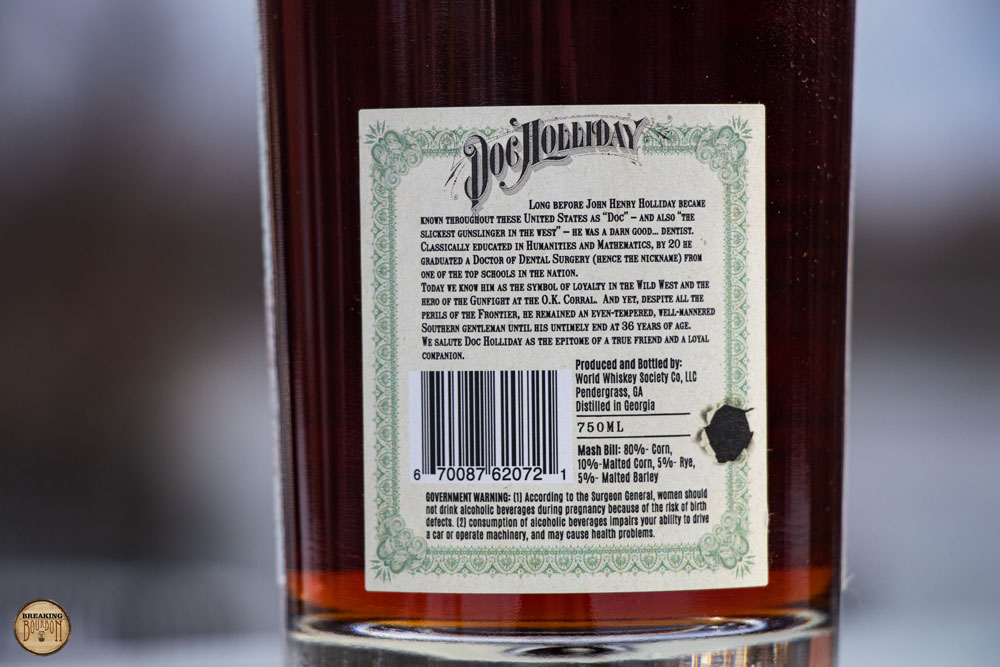