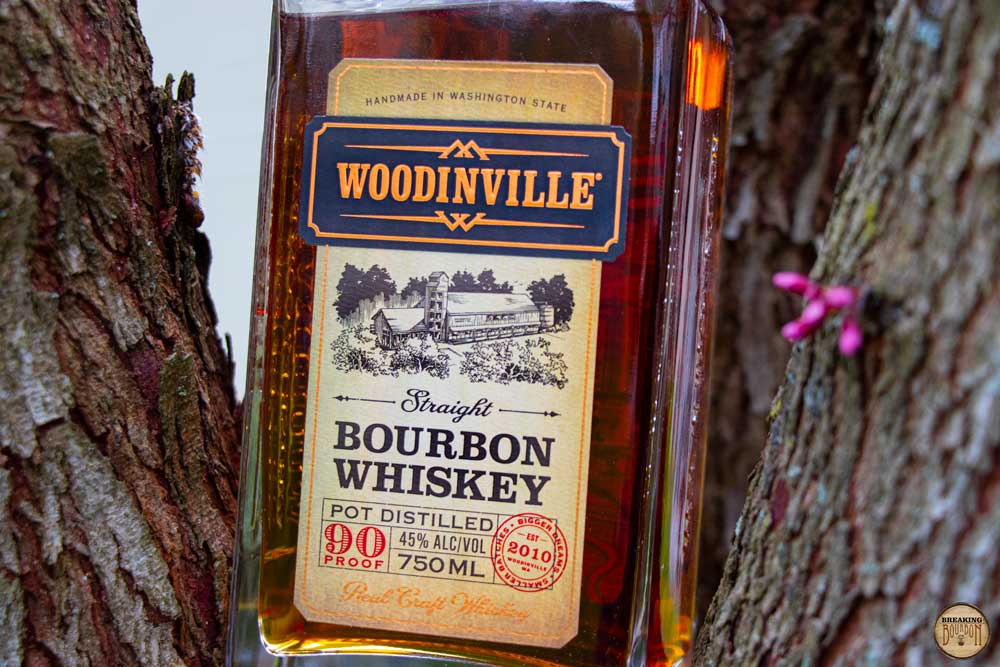 Started in 2010 by Orlin Sorensen & Brett Carlile, Woodinville is located in the state of Washington. The company sources all of their staple grains exclusively from the Omlin Family farm in Quincy, Washington. The grains are mashed, distilled, and barreled at their Woodinville distillery, and then trucked back over the Cascade Mountains to the company’s private barrel houses. While the bottle states no age, the company has confirmed that they use 5 year old bourbon in their straight bourbon product. Woodinville sources their barrels from the Independent Stave Company in Lebanon, MO, and according to the company were “one of the first craft distilleries they worked with so we got to be a part of the Craft Distillery Series creation. They sent us 24 barrels with different stave thickness, seasoning of the wood, toasting and charring combinations.” Out of this process Woodinville settled on their barrels containing 18 month seasoned oak and the barrels are finished with a heavy toast and heavy char.

The nose is light but expressive. Scents of peaches, canned cocktail fruit, fresh crushed green grapes, and light brown sugar are immediately noticeable. Inhaling deeper presents notes of hints of corn, oak, and a thin layer of caramel. For a 90 proof bourbon, the nose brings a nice amount of flavorful scents. It may not have the depth that a higher aged bourbon might deliver, or the intensity of a higher proof bourbon, but what it does deliver, it delivers extremely well.

The palate delivers a sweet sip of creamy caramel, toasted oak, and sweet vanilla. Its simplistic flavors work well here with the 90 proof it brings to the table. While the palate isn’t complex, it does deliver an incredibly easy and enjoyable sip that makes you want to come back for more.

Departing from the sweeter notes that came before, the finish delivers more earthy tones. While light brown sugar is present, light oak, white pepper, leather, and a hint of tobacco are really the main players here. Light vanilla pops up on the backend, however the finish lingers on these earthy tones for a while. Overall it’s a nice way to end the sip.

Craft bourbon is often seen as being overpriced, young, and unmemorable when it comes to taste. Woodinville is clearly bucking this trend. Its straight bourbon is a perfect example of a craft distillery that shows you don’t need to have been in business for decades or be based in Kentucky to deliver a flavorful, well developed bourbon.

There are some commonalities when it comes to Woodinville’s success that it shares with other more well established distilleries. It ages all of its product in 53 gallon barrels, and is also located in a part of a country that has consistent seasonal fluctuations. Additionally, when the distillery was starting up, the founders were mentored by the late Dave Pickerell who was able to help impart some of his decades old knowledge with the team. And after only 10 years in the market, it shows that they certainly took note.

The end result is a bourbon that delivers a flavor profile that leans on the highly drinkable side. While its 90 proof holds back some of its potential, that shouldn’t cause you to write it off, because even at 90 proof, the bourbon is full of flavor. It may not be the best bourbon in a given lineup, but what it will be is a bourbon that showcases what more craft distilleries should strive to be.

Coming in at $40, Woodinville Straight Bourbon defies the trend of other young distilleries’ products on the market. A bourbon with a unique flavor profile that delivers a sip that’s not only enjoyable, but can be put up against other bourbons in its age range from major distilleries is still rare. To do it at its price point, is even rarer. For its price, it’s easy to justify giving it a try, and more yet, it actually delivers in regards to sippability.

Woodinville Straight Bourbon is a straight-up solid drinker and a reminder that the word “craft” doesn’t have to have the same negative connotation for bourbon drinkers as it used to.

I don’t have many expectations when it comes to craft distilleries thanks to years of subpar and rushed products that hit the market. Most of the time I’m just hoping to be able to experience an average sip that doesn’t taste overpoweringly youthful. So when it came to Woodinville Straight Bourbon, I was pleasantly surprised. The sip is one that starts strong on the nose and slows by the time it reaches the finish, however it still delivers an overall well-rounded drinking experience that is definitely above most craft distilleries I’ve experienced in the past.

What really excited me about this bourbon, is the fact that I can’t wait to see what this distillery will be able to do with a little more time in the barrel, and possibly a slightly higher standard proof bourbon. As is, it delivers a nice above-average sipping bourbon. With a few more years of experience under their belt, the sky’s the limit for what may come from this Washington state distillery.

‍The sample used for this review was provided at no cost courtesy of Woodinville Whiskey Company. We thank them for allowing us to review it with no strings attached.

Buy Woodinville Straight Bourbon at Frootbat
‍The sample used for this review was provided to us at no cost courtesy its respective company. We thank them for allowing us to review it with no strings attached.
360 video 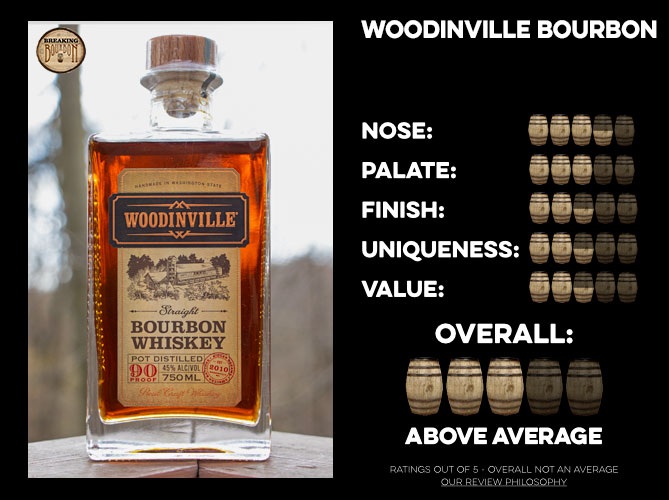 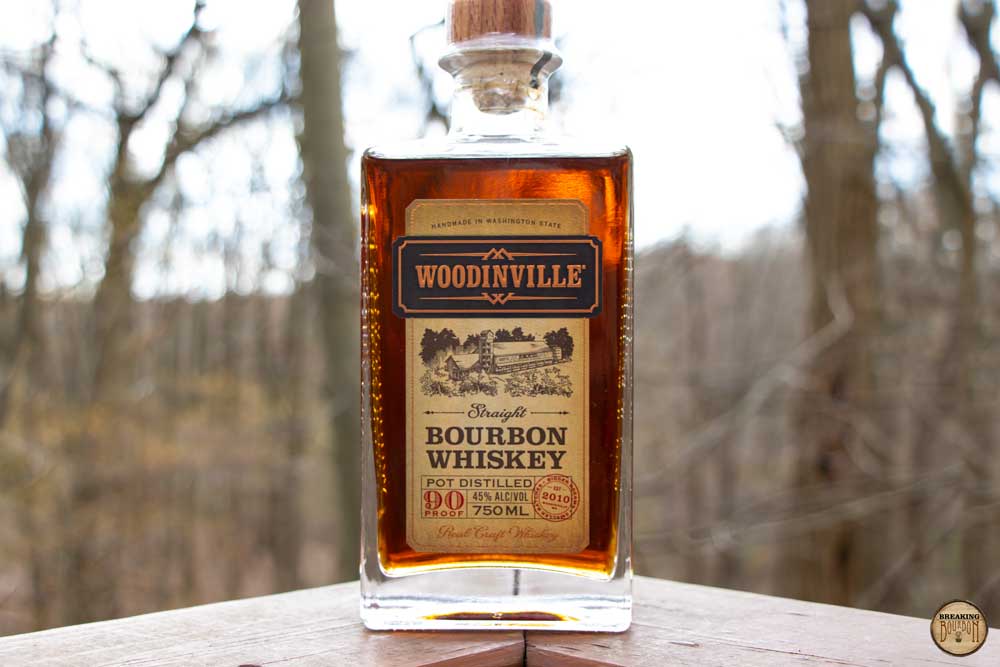 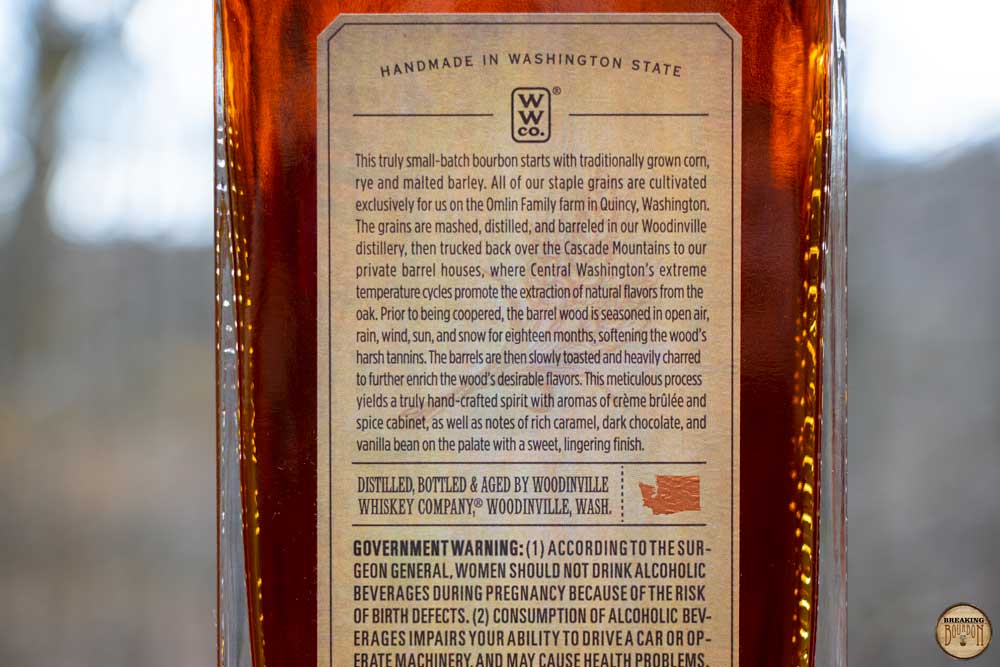 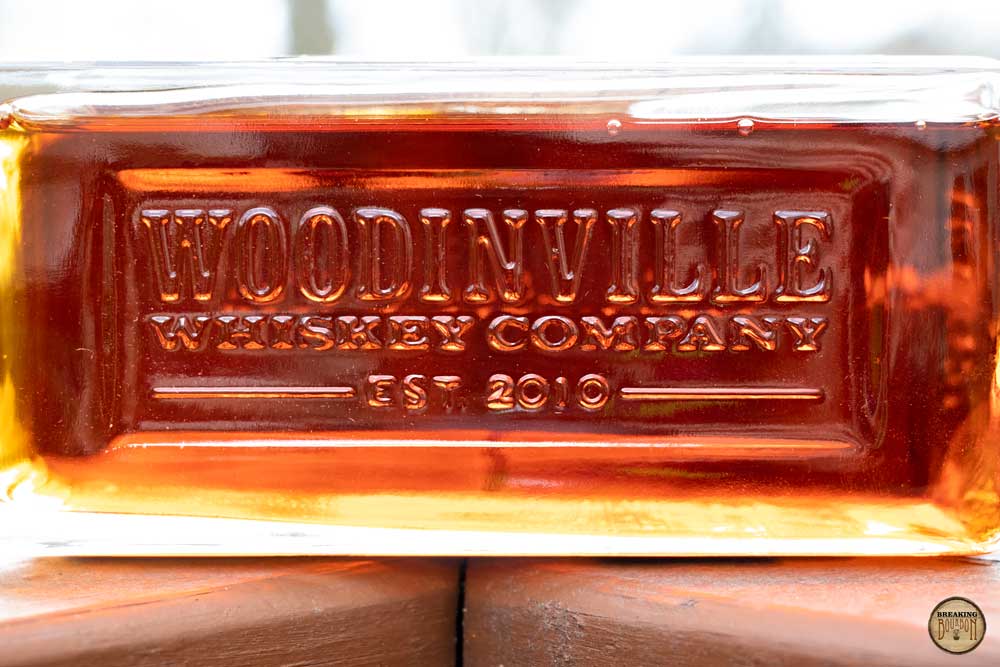 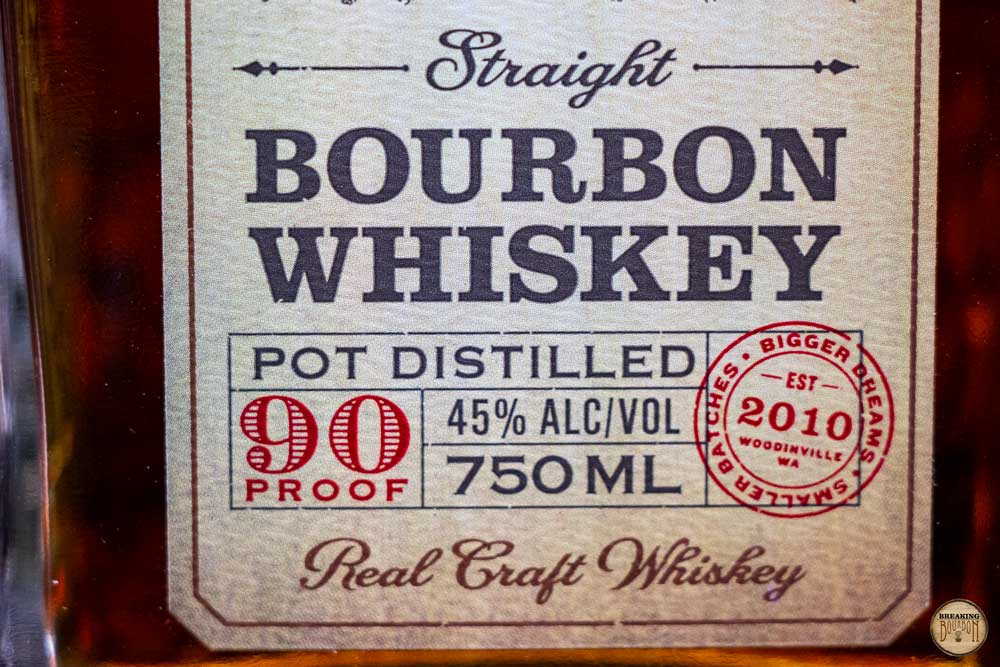 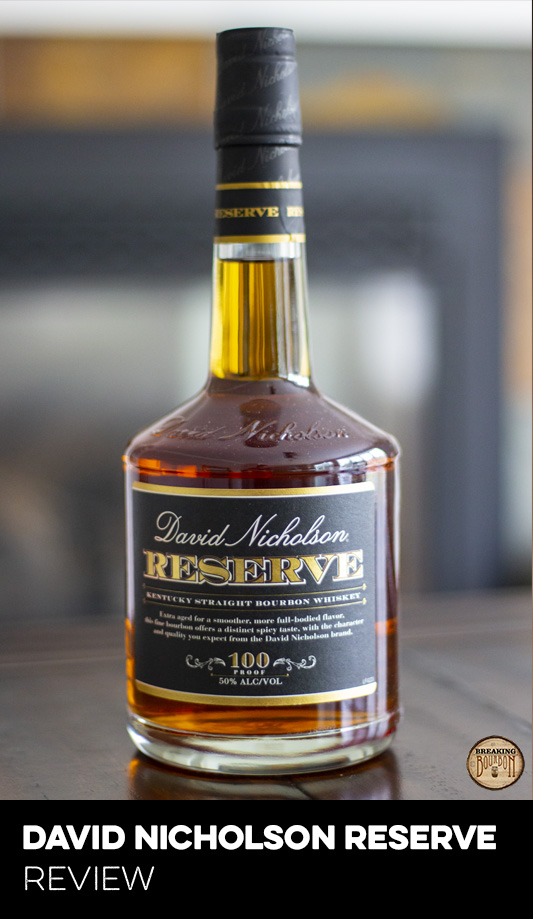 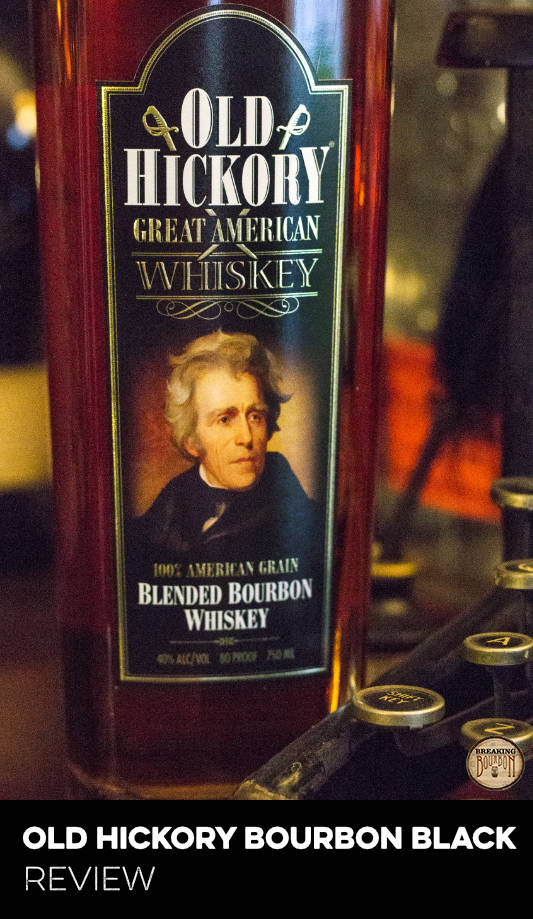