An intriguing sweetness can be found upon first inhale. Fresh marshmallows and lightly toasted caramel strike first. Behind these are scents of light vanilla, lightly charred oak, fresh grain, and a curious hint of pink bubble gum. It’s an interesting combination of scents that produces a gentle yet sweet and inviting opening to the sip.

The whiskey’s 86 proof comes into full view at the start of the palate. Muted grain followed by a small dab of sharp oak take the lead. Hiding behind are sweeter hints of marshmallow and vanilla, along with a smidge of white peppercorn spice. It consists of a watery mouthfeel where the flavors tend to make the palate just exist, versus bringing any noticeable qualities (either good or bad) to the table.

Quick sharp oak and a dab of spice are followed by mellow sweeter hints of vanilla and caramel. Vanilla oak rounds up the back end of the finish and briefly lingers before fading away. Light in nature, the finish is on the shorter side and follows the lead that the palate established.

Talnua Bourbon Cask & Stave Series Whiskey isn’t quite an American malt whiskey in the classic sense, nor is it an Irish whiskey either. However, Talnua Bourbon Cask & Stave Series Whiskey really falls in between both worlds, utilizing an old-world style of distilling along with a more modern stave finishing process. The ex-bourbon casks the whiskey was aged in along with the added charred staves help to provide some depth, especially on the nose. Its more traditional style of European distilling will make it familiar to those who gravitate towards Irish whiskey. The fact that the bottle design and cardboard tube it comes in reminds one more of an Irish whiskey closely aligns with the background of the distillery itself.

It’s certainly not going to be a whiskey for everyone, especially those who are fans of more traditional bolder American whiskeys. However, credit needs to be given to Talnua for bringing an expression of whiskey that is often overlooked by other American distillers. While the overall sip may be lacking much needed depth to better showcase the unusual marriage of different whiskey styles, it’s a unique presence in the category it plays in, that hasn’t been explored much up until this point.

At $75, Talnua Bourbon Cask & Stave Series Whiskey is priced at a premium. Unfortunately, the sip just doesn’t live up to the asking price. While in line with some of their other offerings such as Virgin White Oak Cask Whiskey, Bourbon Cask & Stave doesn’t deliver the same level of sip. This would be more appropriately priced in line with their Talnua Heritage Collection which retails for $50. However, at $75, the value just isn’t there considering it’s 50% markup.

When I learned that Talnua Bourbon Cask & Stave Series Whiskey used both ex-bourbon barrels and charred American white oak staves to age their whiskey, I was intrigued. In theory, the company has the ability to crank up the flavor of the whiskey by heavily charring the staves and using as many as would be necessary to do so. In reality, however, the resulting whiskey comes close but ultimately falls short. While the nose is really well-formed and intriguing, the subsequent sip just can’t live up to the same expectations set by it. While I could easily see future iterations of the whiskey fixing this issue by tinkering with the staves used, proof, or aging time, in its current iteration, Talnua Bourbon Cask & Stave Series Whiskey falls just a tad short where it counts.

Buy Talnua Bourbon Cask & Stave Series Whiskey at Frootbat
‍The sample used for this review was provided to us at no cost courtesy its respective company. We thank them for allowing us to review it with no strings attached.
360 video 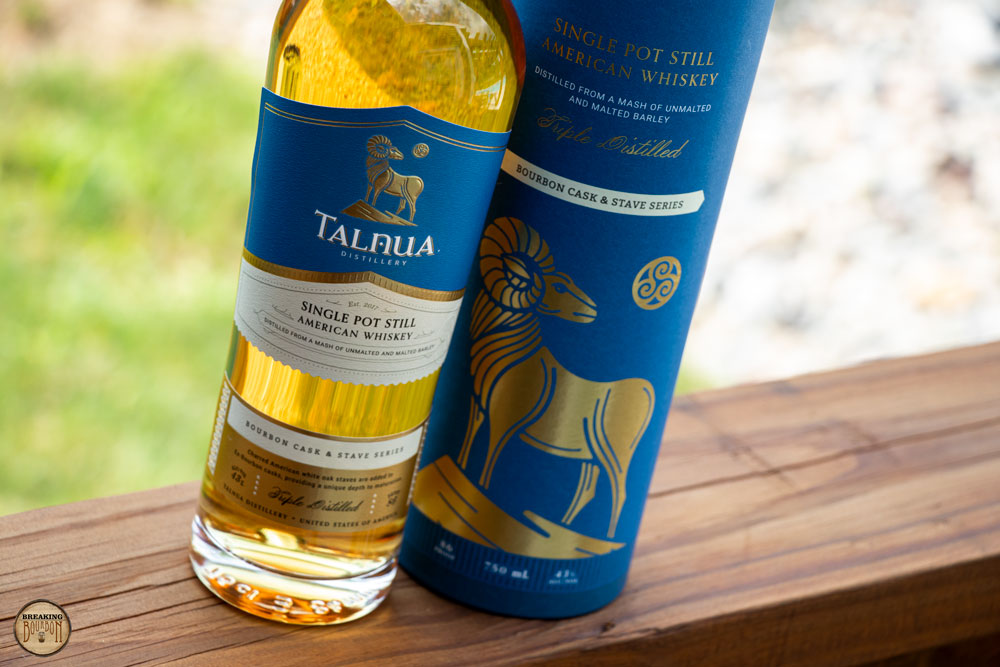 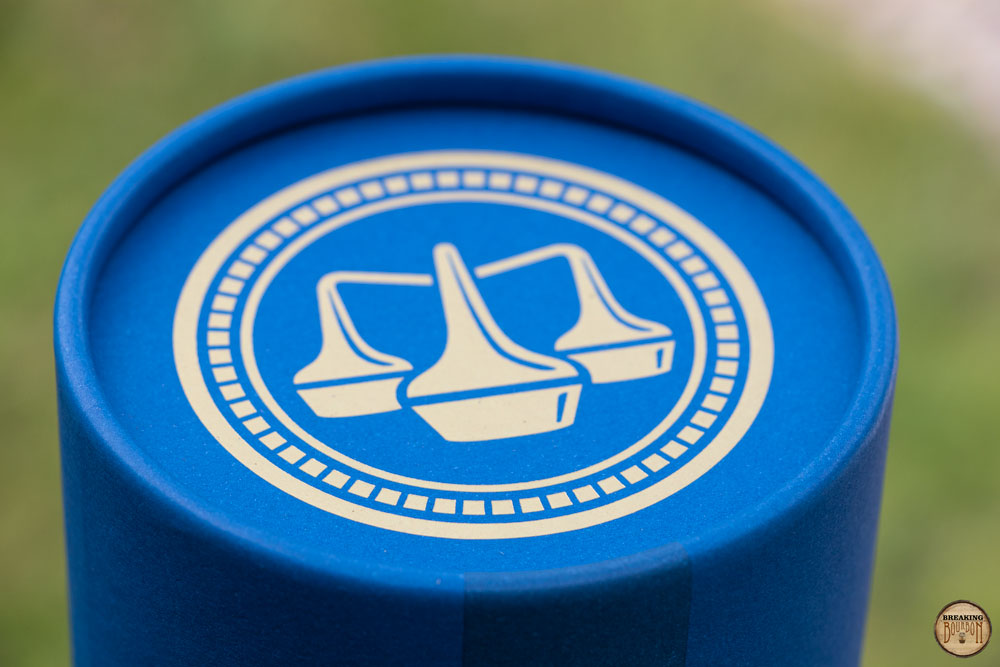 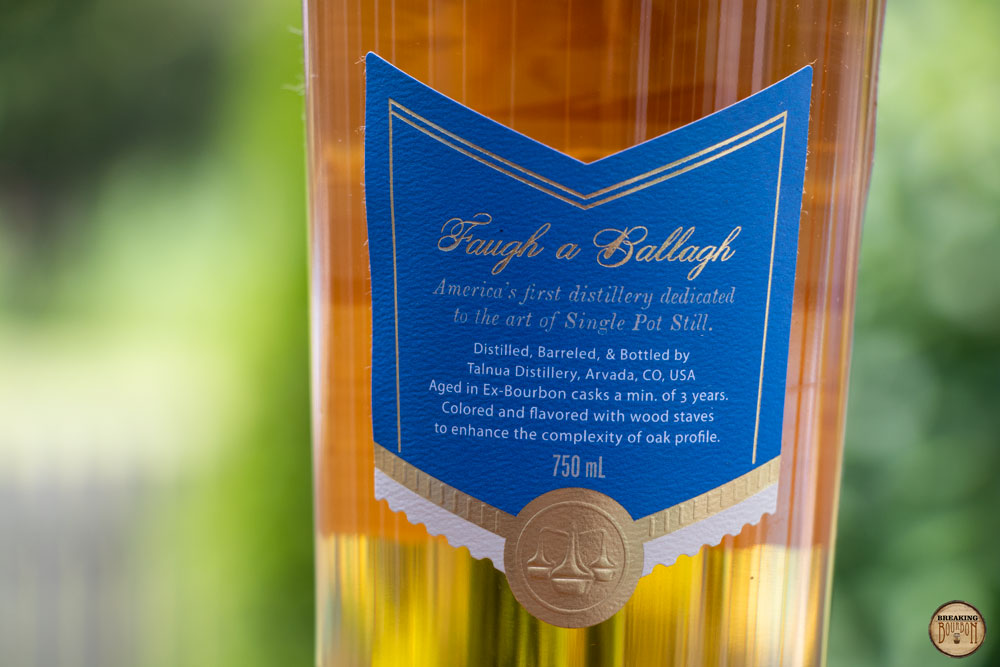 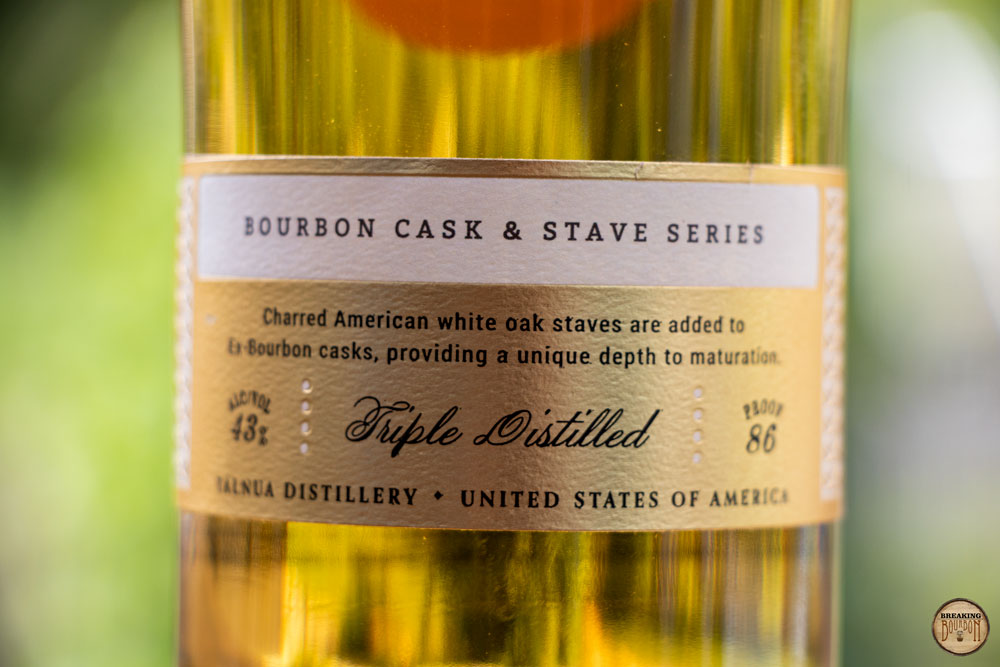