Much like Evan Willaims and Elijah Craig, the name James Crow is synonymous with bourbon. According to Jim Beam, “Old Crow Bourbon takes its name from Dr. James C. Crow, a pioneer in the field of science who refined the whiskey making process. His was one of the first bourbons to put ‘Sour Mash’ on the label, which has since become standard practice.” The Old Crow Brand has changed hands several times, with the current iteration being distilled at the Jim Beam Distillery.

Muted chalky vanilla, oak, and a light apple juice scent are immediately noticeable. A strong inhale pulls out additional light notes of white peppercorn and honey. Neither special nor memorable, the aroma isn't a bad opening for the sip, more so a very tame one.

The palate carries over the nose’s theme of lightness. The muted vanilla is present yet also features moments of sharp oak that has an unpleasant bite. If you’re able to move past this, you’ll further notice sharp peppercorn and hints of clove. Overall, it comes across as extremely watered down despite its unpleasant bite, and you find yourself being disappointed at the midpoint of the sip.

The bite of the palate carries over to the finish, as sharp peppercorn spice kicks things off. Intertwined in the spice are hints of dry oak and vanilla. Rye spice comes in at the very end to tangle with the peppercorn spice, before both drop off quickly. Left behind is a dry chalky oak aftertaste. It’s a larger burst of spice than expected considering the proof, however, it’s not integrated well and instead aligns with the rest of the ho hum sip.

Old Crow Bourbon has a long storied history. At one time the brand was even the top selling bourbon in the nation. It’s truly a brand that tells the rise and fall (and rise again?) of bourbon like any other, and is worth spending time learning about. However, its glory days are behind it, and what’s left is more of a name than a revered product in the world of bourbon.

The modern iteration of Old Crow is lacking in almost every sense. From the start of the sip to the very end of the finish, you’re left wanting more, and this is compounded by some of its polarizing flavor characteristics. Unlike its closest competition Benchmark Old No. 8 Bourbon, it doesn’t produce a sip that’s worth trying on its own, instead it almost relegates itself to try and be a cheap mixing bourbon. That last part is really a shame since a 3 year old bourbon from a major distillery should taste better than this, but perhaps we should know better given what Beam offers with their Jim Beam White Label Bourbon. Sans its unusual combination of a sharp bite and overall watered down feel, there’s nothing unique about this bourbon at all.

Old Crow is a value play bourbon. In other words, it’s aimed at individuals who want to drink Kentucky straight bourbon for the lowest price possible. It sports an MSRP of $10 and it is often found for less in most stores. Additionally, you can regularly find a 1.75L bottle of it for under $20, which is pretty impressive seeing as this is aged for 3 years. This is the bourbon that you go for when you are having a party and people just want a bourbon and Coke. Now it may not be the best bourbon and Coke (if there is such a thing) but it will certainly be one of the cheapest. That said, thanks to Benchmark Old No. 8 Bourbon, there are actually better bourbons available for $10.

But even with its lackluster profile I have a hard time stating that this is a downright bad value at $10. For the price of a bottle you can get two bourbon and Cokes at a bar you can get a whole bottle, so if you buy this bottle for the sole purpose of just being a cheap mixer and you can blend out its unappealing qualities, your $10 still goes a long way. Just know that for any other purpose, you’re better off buying Benchmark Bourbon or spending a few dollars more and picking up a bottle of Evan Williams Black Label.

Old Crow may be deep rooted in the history of bourbon, but today’s modern iteration leaves a lot to be desired.

Inexpensive bourbon doesn’t have to equate to bad bourbon. Benchmark and Evan Williams are prime examples of this. However, in Old Crow’s case, it lives up to the stereotype that cheap bottom shelf bourbon isn’t very good. The sip is disappointing, and unless you're planning to use this as a cheap mixer with Coke, it really doesn’t give you much reason to pick up a bottle. If that’s your jam, that’s not a bad thing, but for those looking for a cheap sipping bourbon that offers a better flavor profile, continue to look elsewhere.

Buy Old Crow Bourbon at Frootbat
‍The sample used for this review was provided to us at no cost courtesy its respective company. We thank them for allowing us to review it with no strings attached.
360 video 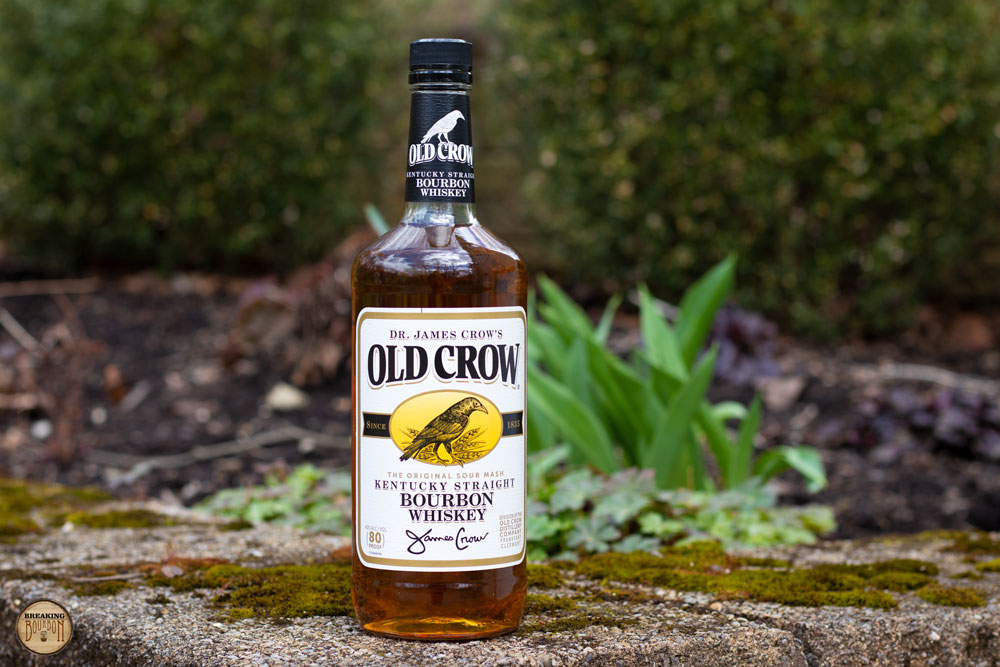 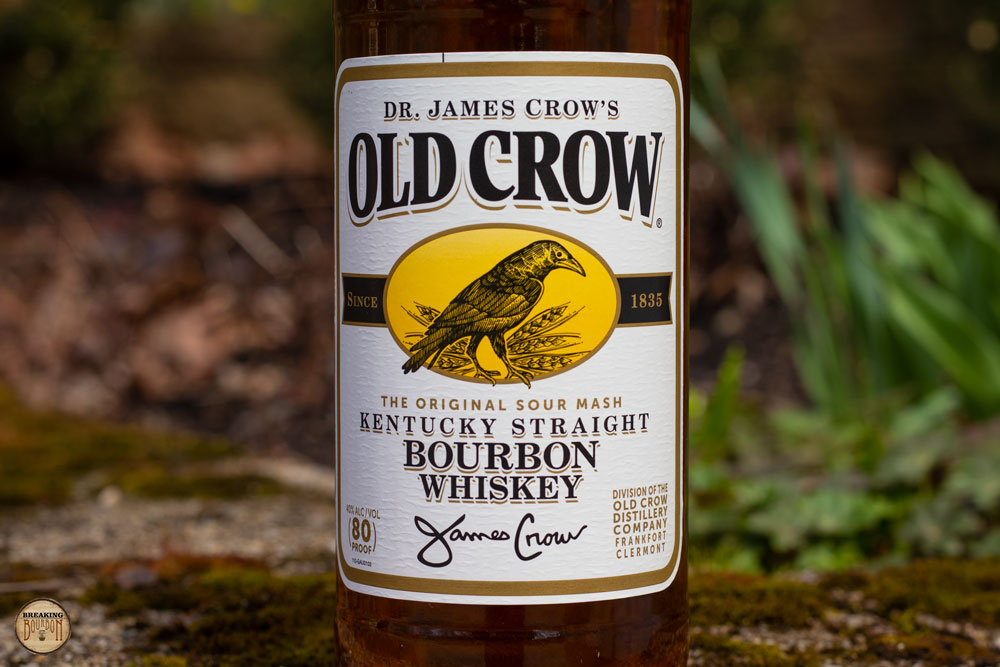 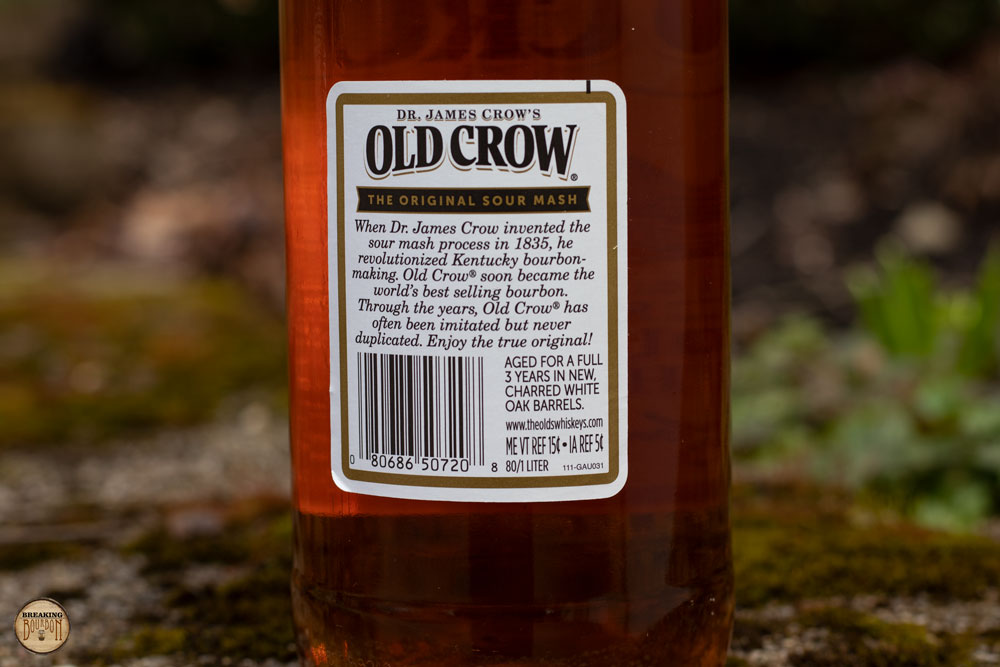 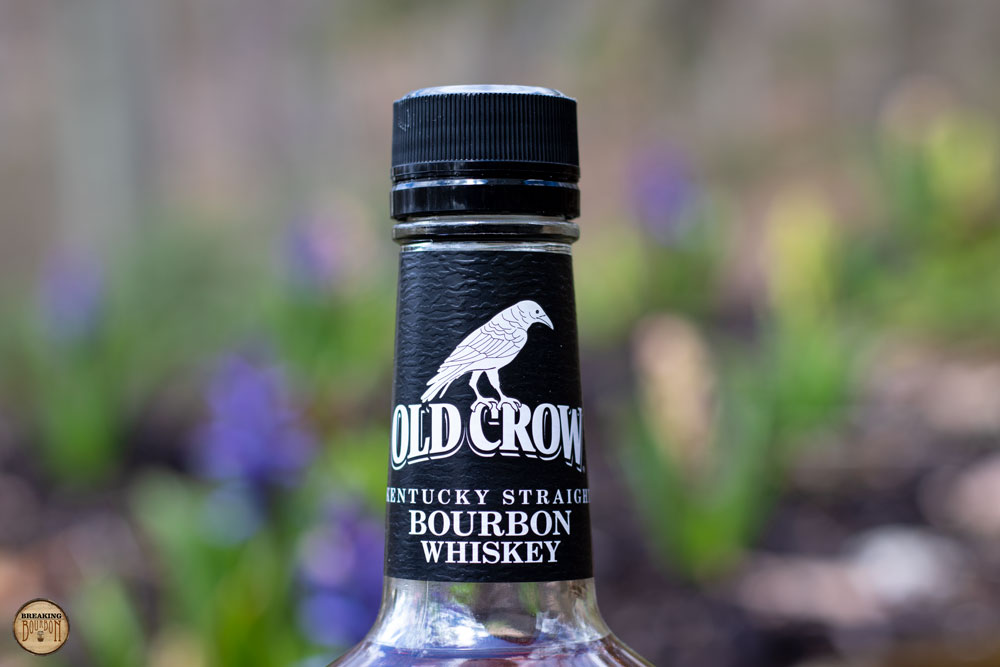