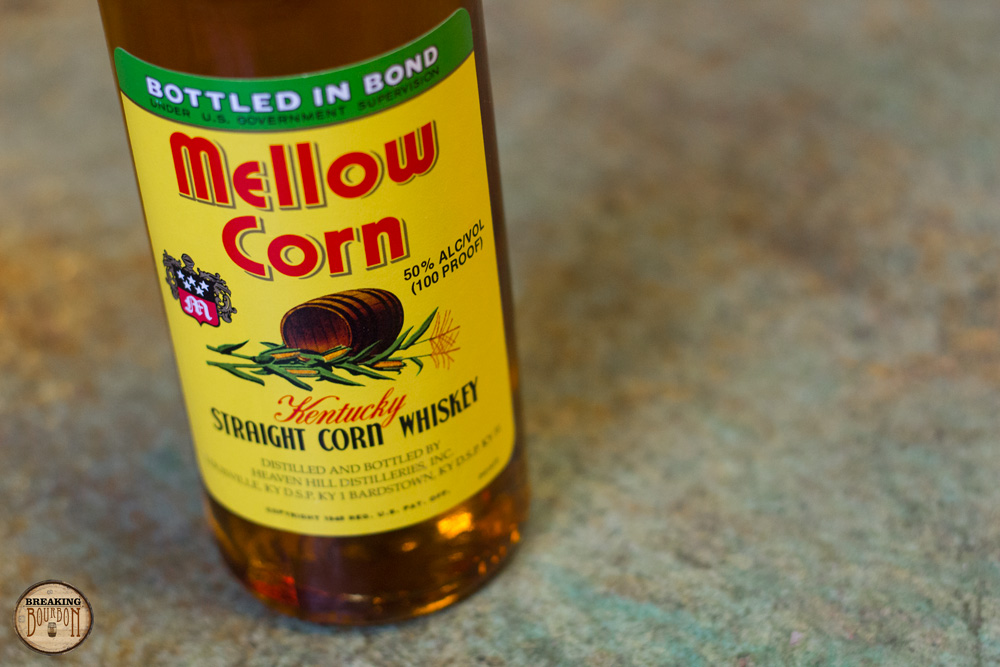 According to Heaven Hill, Mellow Corn is the only extra-aged, Bottled in Bond (BiB) corn whiskey available. To be labelled BiB, the whiskey must be the product of one distillation season and one distiller at a single distillery, aged in a federally bonded warehouse under U.S. government supervision for at least four years, and it must be bottled at exactly 100 proof. Additionally, the BiB label must clearly identify the distillery where it was distilled and where it was bottled, if different.

A youthful corn-filled scent fully envelops my glass. Along with the corn, a healthy dose of vanilla, sweet plantains, and light oak are layered in. The slightest hint of ethanol is also present. The nose is far from impressive, and I would be shocked to think this is anything older than 2 years if I didn’t already know it to be 4 years old based on BiB label requirements.

Corn, rich vanilla, dried banana chips, toasted oak, and mixed nuts are all present and easy to pick out thanks to a light mouthfeel. As the name suggests it is quite mellow, which is likely a result of the high corn mashbill combined with being aged in used Heaven Hill barrels. Despite the 100 proof, it’s quite manageable, which allows me to roll this around my mouth for a while trying to pick out flavors. However come to find out it’s not really necessary, since the palate’s overall flavor profile errs on the simple side. That’s not necessarily a bad thing though, since its flavor profile, while mediocre, is still enjoyable.

This uncomplicated finish consists of vanilla and corn as the predominate flavors, followed only by the slightest hint of fruit juice. The finish contains a small amount of heat up front, but it’s the corn aftertaste that continues to dance in my mouth for quite a while after each sip.

Corn whiskey isn’t a new concept and neither is Mellow Corn. In fact, Mellow Corn has been around as a BiB corn whiskey since 1945, however it’s only been the last few years that people really started giving Mellow Corn notice.

Part of the recent attention is due to its low price point, but also due to the recent trend of well known craft distillers getting into the corn whiskey game. These include more well known names such as Tuthilltown Spirits with their Hudson Corn Whiskey, and Balcones with their Baby Blue Corn Whisky and True Blue Corn Whisky. While not everyone enjoys a high corn mashbill, I find it to be a nice break from so many traditional heavier rye and wheated whiskeys and bourbons on the market, and it’s nice to see younger distilleries pay tribute to this style of whiskey too.

Compared to Balcones True Blue Corn Whisky’s flavor profile, Mellow Corn’s is nowhere near as deep. Then again, True Blue Corn Whisky is barrel proof, bottled at 116.6 proof. Sure Mellow Corn’s flavor profile is a lot shallower by comparison, but it also sells for over four times less, and that right there is what makes Mellow Corn so unique. While many craft distillers are selling young corn whiskey for $45 or more, Mellow Corn is a decent tasting inexpensive BiB corn whiskey aged in used Heaven Hill barrels that won’t break the bank.

Most of the time when you’re paying around $12 for a whiskey, you expect that you’re going to get some bottom shelf swill - and normally you’d be right for thinking that. However, the great thing about Mellow Corn being labeled a BiB whiskey is that you’re guaranteed to be drinking at least a 4 year old 100 proof whiskey. Now this doesn’t mean it will be the best thing you ever tasted, but it does afford you a bit of hope that what you’ll try will be better than what you might normally expect for the price. And in this case, that’s exactly what you’re getting. For only $12, Mellow Corn delivers a different experience to whiskey drinkers, that while not the best, is certainly far from the worst.

Think about that for a second. For $12 you’re getting a unique whiskey that affords you an experience you normally wouldn’t have everyday thanks to its 90% corn mashbill, BiB designation, and aging in used Heaven Hill barrels. Compared to other corn whiskeys on the market, and even other bottom shelf whiskeys, it’s practically a steal for what you’re getting. For that price alone it’s worth picking up and trying a bottle just to see what you think.

Corn whiskey won’t be for everyone, and that’s okay. For the price of a cocktail at a nice bourbon bar, you can buy a whole bottle of Mellow Corn, that at the very least can be used as a twist in any bourbon cocktails you make. The flavor profile may not be mind blowing, but it is just different enough from other American whiskeys and bourbons, to make you appreciate the fact that this has been a staple of the Heaven Hill family for the last 70+ years.

Buy Mellow Corn Whiskey at Frootbat
‍The sample used for this review was provided to us at no cost courtesy its respective company. We thank them for allowing us to review it with no strings attached.
360 video 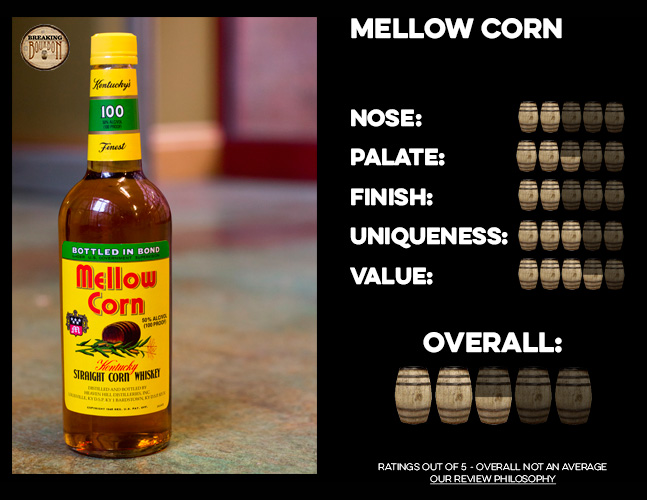 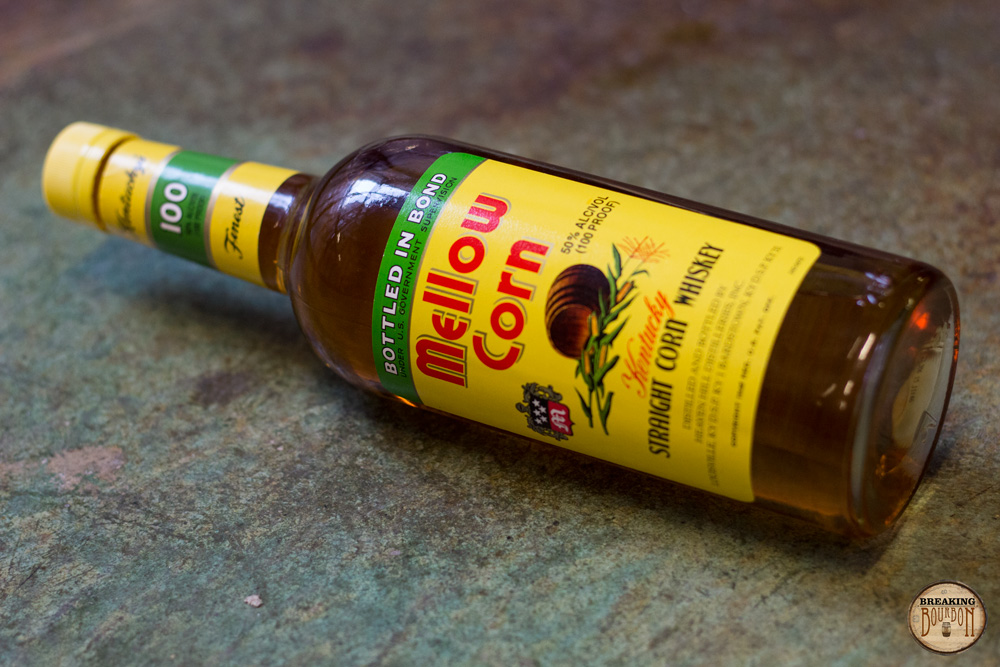 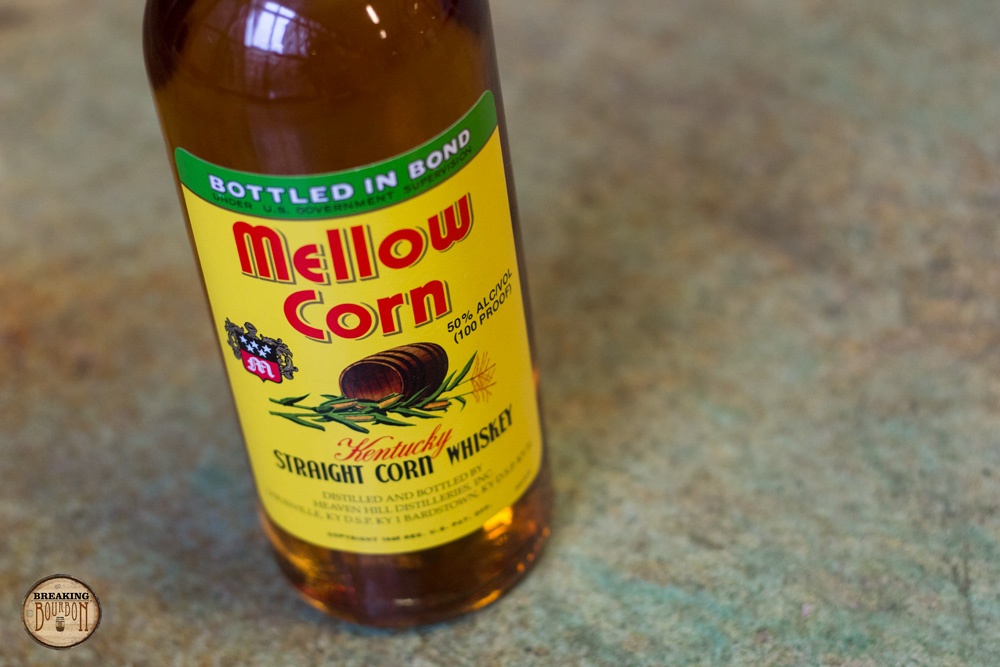 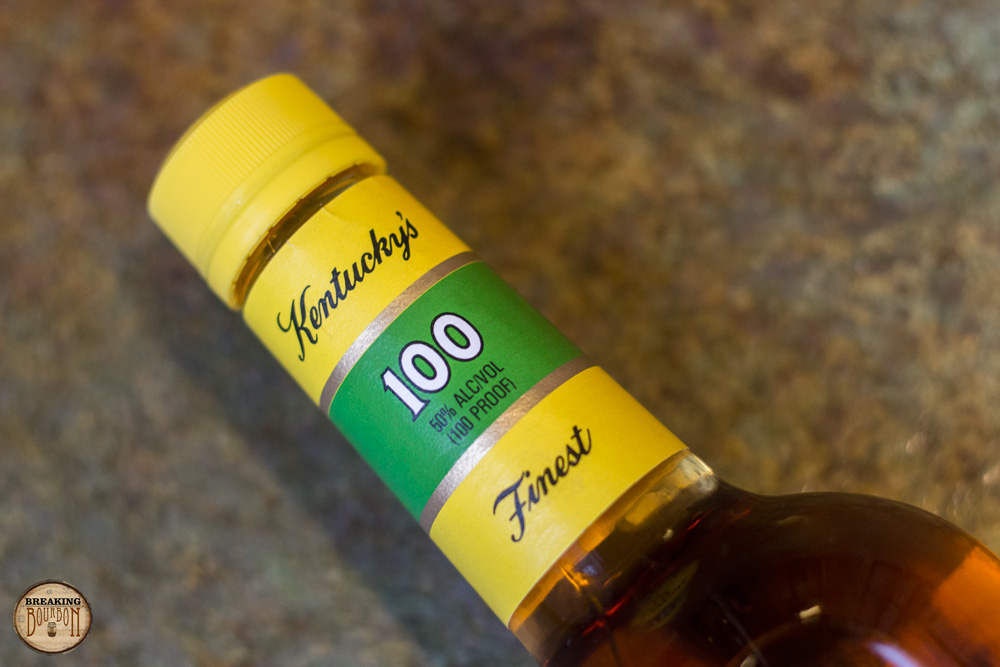