According to the company press release, Little Book is “the first and highly anticipated product release from Freddie Noe, eighth generation Beam family member and son of current Beam master distiller, Fred Noe. The debut of Little Book marks an exciting step forward for the next generation of Beam family whiskey makers. Named after the childhood nickname given to Freddie by his grandfather, legendary master distiller, Booker Noe, Little Book is an annual, limited release series that will feature a new and unique blend each year, presented uncut and unfiltered. Guiding each year’s release will be Freddie’s passion for crafting high-quality, interesting blends different from anything else on the market.”

This first edition of Little Book is referred to as “The Easy,” which is said to “draw inspiration from what the Beam family is known for - great bourbon whiskey.” Accordingly, Freddie “worked on the final recipe for over a year and tried more than 25 different blends of liquid before he decided that it was just right and worthy of his debut release.”

Sweet and youthful on the nose. Raw grain, cornbread, and a hint of ginger are robust in their delivery. There’s a touch of ethanol as well, but less than expected for the proof. The aroma is more interesting than it is inviting, though it’s certainly not a deterrent.

Sweet corn and warm buttered cornbread are rounded out by rye spice and the tiniest trace of anise. It’s lively and youthful, but doesn’t taste underaged. It’s definitely grain forward, and despite having bourbon in the blend seems to lack the traditional bourbon flavors of aged oak, caramel, and vanilla. It’s quite intriguing, and for me enjoyable.

Medium in length and surprisingly smooth. A light pop of rye spice comes first, but quickly tapers against sweet corn and a bit of seasoned oak. This being oak’s first appearance in the flavor profile, it serves to add a layer of dimension and solidifies the presence of higher aged whiskey within the blend, though it’s still quite subtle.

Few would argue that Little Book isn’t unique. In fact, that’s probably the single thing everyone will agree on. With that being said, blends are increasingly common, and blending to a greater extent is even standard practice in some cases. In Canada, for example, they ferment, distill, age, and then blend each grain separately to arrive at the final product. As for recent releases a close comparison is Diageo’s Gifted Horse - a blend 4 year old bourbon and corn whiskey along with a 17 year old bourbon. It was met with mixed reception, but most agreed it was unusual. In his review of Gifted Horse, Eric described the different components as bringing out the worst in one another, an observation I agreed with.

With Little Book, it’s interesting because the bottle isn’t from a craft whiskey distillery experimenting with something new. It comes from one of Kentucky’s major distilleries and serves to introduce the world to the company’s next generation master distiller. It challenges the drinker, presenting a flavor profile that pushes the envelope of a traditional flavor profile. But not so far that it breaks any established barriers. While some will go so far as to find the flavor profile a bit odd, I do think there will be some who downright dislike it. With multi-whiskey-type blends, the various whiskeys can sometimes come together in a much more subdued nature than might be expected, each kind of mellowing the unique characteristics of the others. Alternatively, they can bring out the worst in one another. Fortunately, in this case the end result doesn’t taste like a Frankenstein whiskey, or one that has been overly subdued. The whiskeys marry together nicely but don’t overpower one another, delivering an end result that’s uniquely different in an elegant and well-balanced way.

Little Book is a barrel proof limited edition from a major Kentucky distillery. It’s the first edition in what is going to be an ongoing limited edition series, which means it could become a collector’s item at some point. It presents a unique blend and unique resulting flavor profile. Even the company’s own regularly available barrel proof product, Booker’s Bourbon, is already pushing that price point and will be eventually eclipsing it. Take all that into account and $80 for the first ever limited release in a new series and from a major Kentucky distillery certainly seems like a bargain.

But for the whiskey in the bottle the pricing might present a different story, for some at least. While I enjoy it, I think it’s going to be more polarizing than usual and many won’t be nearly as impressed with it as I am. So it’s an $80 risk, and one consumers will just need to figure out for themselves. In any event, it’s likely we’ll see the price of future Little Book editions rise, and at some point many of us will look back and wish we had bought more bottles of this first edition at its MSRP, if for no other reason other than it being the first in its series.

While not everyone will enjoy it, the first limited edition Little Book is a unique blend of whiskeys with an interesting flavor profile offered at a reasonable price.

If you were in Freddie Noe’s shoes, what whiskey would you curate as your first ever offering, a limited edition no less? I’m sure that’s a question Freddie pondered over this past year, and I doubt many would have guessed it would be this. But that’s what makes this whiskey interesting. Experimentation certainly isn’t rare with respect to whiskey. But experimentation along with successful execution can be. When it comes to limited releases, Heaven Hill does it with the Parker’s Heritage Collection, Woodford with their Master’s Collection, and of course Buffalo Trace with the E.H Taylor line and then some. With Little Book, it’s a different take on American Whiskey and I think the result is polarizing, but it’s also well executed if you appreciate a more unique and grain forward flavor profile. I recommend trying Little Book without hesitation, but buy cautiously as it just might not be for everyone.

Buy Little Book "The Easy" at Frootbat
‍The sample used for this review was provided to us at no cost courtesy its respective company. We thank them for allowing us to review it with no strings attached.
360 video 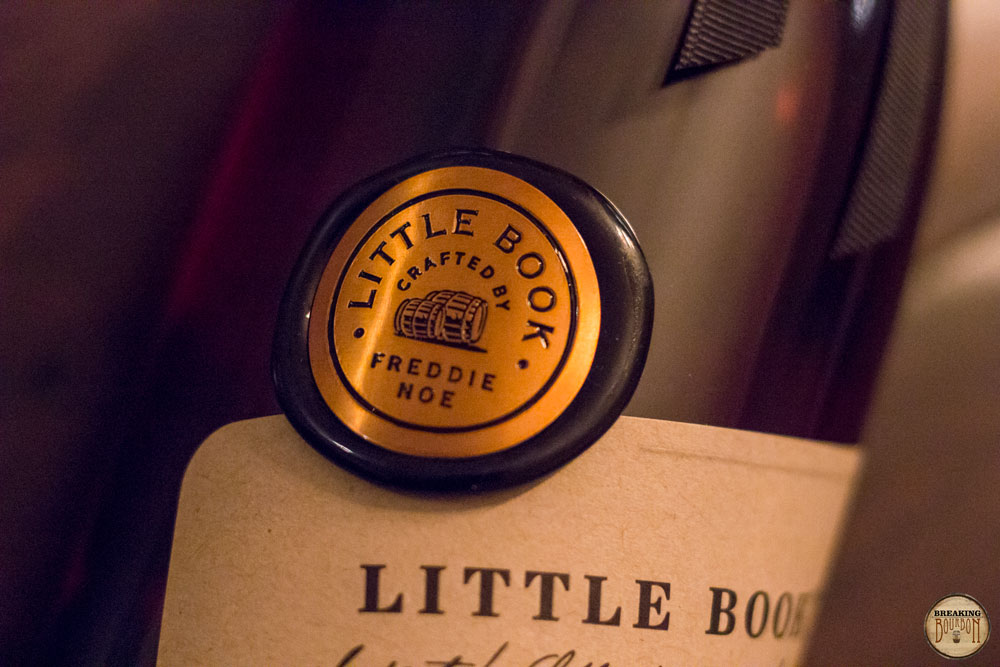 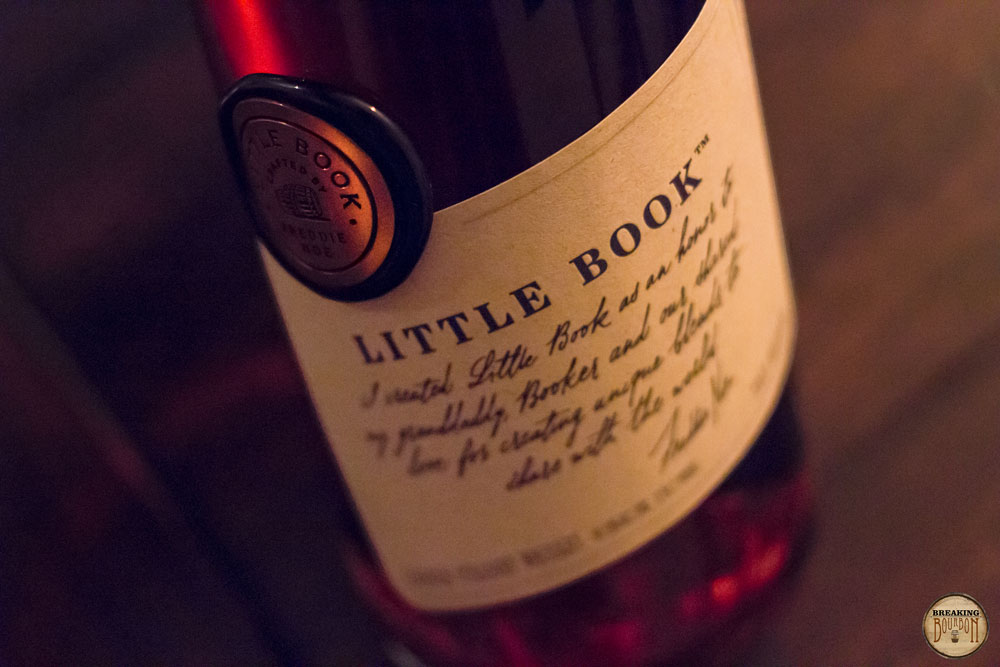 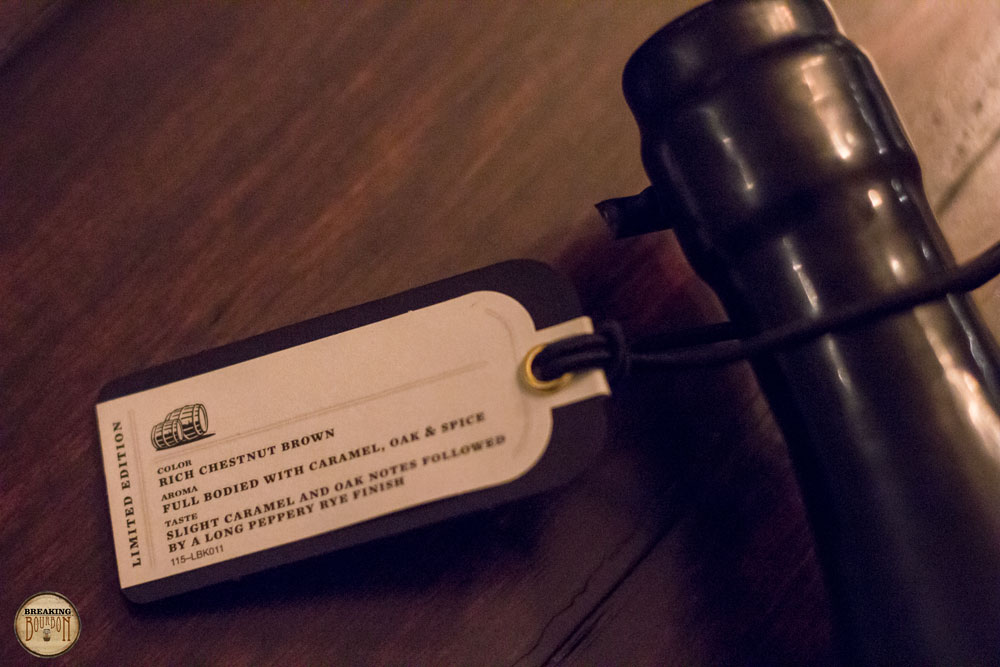