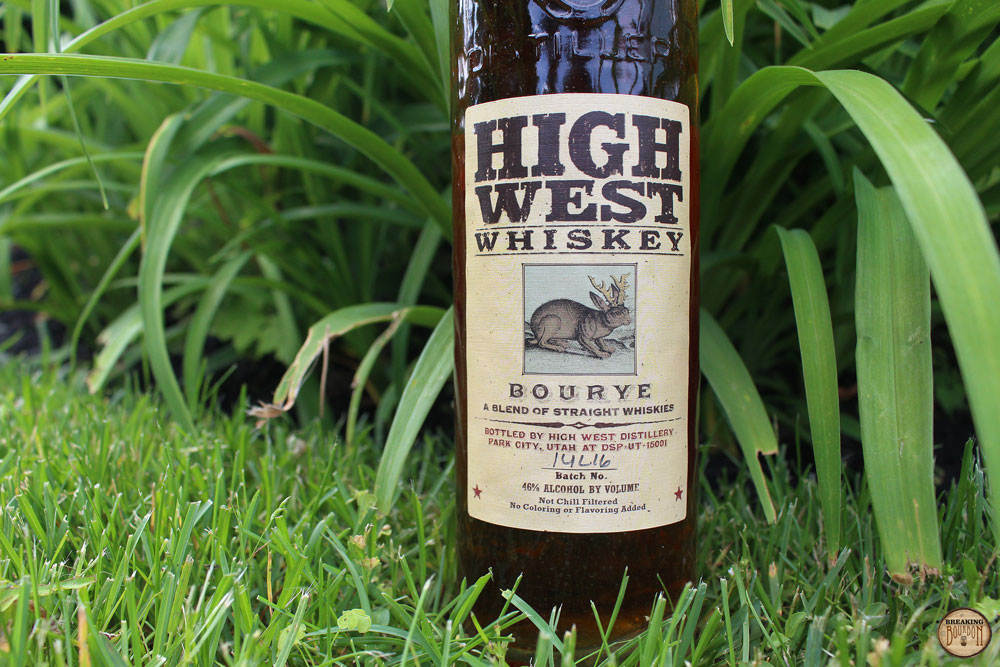 This whiskey is a fairly complex blend of four different mashbills. They include an undisclosed ratio of:

All of these are sourced, with none being produced at High West itself. This is the second iteration of Bourye that has been on the market consisting of a new mashbill blend.

The nose can best be summed up as organic: dew covered grass, fresh oak, and light evergreen are all present. There’s very little alcohol presence that’s noticeable sans a slight tingling at the end of each whiff. It’s not bad, but for such a complex mingling of whiskey’s, it’s not at all memorable either.

For a blend of bourbon and ryes of varying age I was expecting a complex palate. Instead I’m greeted with something that while enjoyable, is pretty straightforward and plain. The palate is a solid balanced mix of sweet and spicy. The honey and vanilla from the bourbon blend nicely with the peppery heat from the rye. Unfortunately these flavors dominate the whole palate and leave no room for the possibility of any subtle flavors to come through.

While the palate is simple and straightforward, the finish is slightly more complex. Leather and wood are present upfront and stay with you throughout the length of the finish. Additionally a high heat stays on my tongue from the beginning through the middle of the finish and then abruptly stops. It’s a shame since I was hoping the finish would morph into something more than it did versus the sudden drop off that’s experienced instead.

There aren’t too many bourbon-rye blends on the market outside of what High West is putting out with Bourye and Son of Bourye, with only Wild Turkey’s Forgiven & Jefferson’s Chef Collaboration coming to mind. Compared to Son of Bourye, Bourye’s palate pops more with the intensity of the sweet and spicy profile being much bolder. The finish is also slightly more complex and the added high heat is a nice touch in comparison. That being said, it’s still a simple flavor profile overall for such a complex blended whiskey.

While the flavor profile isn’t one that will blow you away, credit should be given to High West for bringing a product like this to the market. In an industry that’s focused on experimenting with different grains and barrel finishes, it’s nice to see some innovation on the blending side of things. Many distilleries blend their ryes or bourbons when creating a batch of whiskey, in fact this is true for all whiskeys sans single barrel products, however blending together a bourbon with different rye recipes from multiple distilleries and different high ages is not very common. Innovation on the blending front is a breath of fresh air, and I wish other distilleries would try something similar in the future.

While whiskey pricing across the board has been increasing steadily over the past few years, $80 is still considered a premium priced whiskey in the marketplace today. High West chose to use high aged distillates in Bourye when they easily could have gone the route of using lower aged, inexpensive whiskeys and created the same simple flavor profile. Unfortunately, they're trying to charge a price that they feel is in line with the various ryes and bourbon they used while producing a product that’s hard to justify as premium.

Bourye is double the price of High West's other multi-style-whiskey blend Son of Bourye, with only marginal improvement over it. Realistically Bourye is more along the line of a $40 whiskey, and this is only to fairly compensate High West for the additional cost of the higher aged whiskeys they use in the blend. At $80 a bottle, and the highest priced bottle of common bourbon-rye blends on the market, I would expect a more complex flavor profile that would justify the price. Instead you’re presented with an overly simple, straightforward flavor profile with Bourye.

A blend consisting of a nice pedigree of aged whiskeys that just delivers too mundane of an experience for the price.

The unique blending recipe of Bourye is a very contrasting experience. On one hand it takes a lot of skill to select higher aged bourbon and ryes and blend them nicely so that only the peaks of sweet and spicy are present without any wood taste at all. On the other hand though, High West uses a nice range of higher aged bourbon and ryes in this blend that should in theory wow the drinker more than they do in all aspects of it’s flavor profile. While the ratio isn’t provided, I was expecting Bourye to contain a wide range of flavors that highlighted the best parts of each of the whiskeys used. Instead I walked away disappointed from such a straightforward experience.

Throughout my time reviewing Bourye, I kept going back to one word: Simple. The fact is, Bourye is just too simple of an end product. High West is a distillery that’s known for being able to blend aged whiskeys with really good results. Bourye had potential to be great if only more of the unique attributes of each of the parts it consists of where highlighted. And while some could argue that at least they tried, for $80 a bottle I expect more than just a trying effort.

Buy High West Bourye 2015 Release at Frootbat
‍The sample used for this review was provided to us at no cost courtesy its respective company. We thank them for allowing us to review it with no strings attached.
360 video 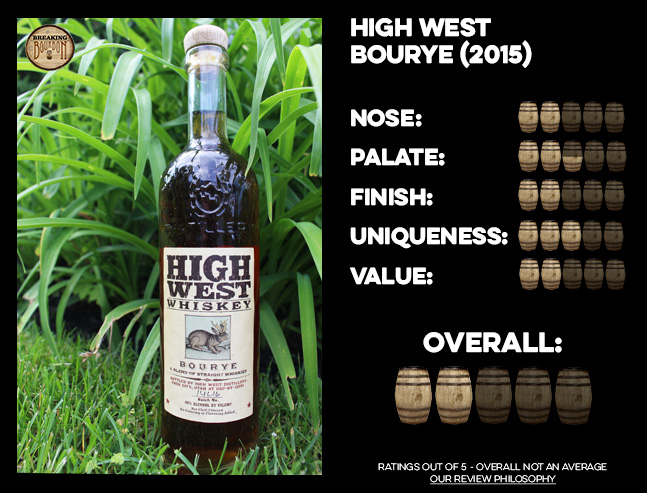 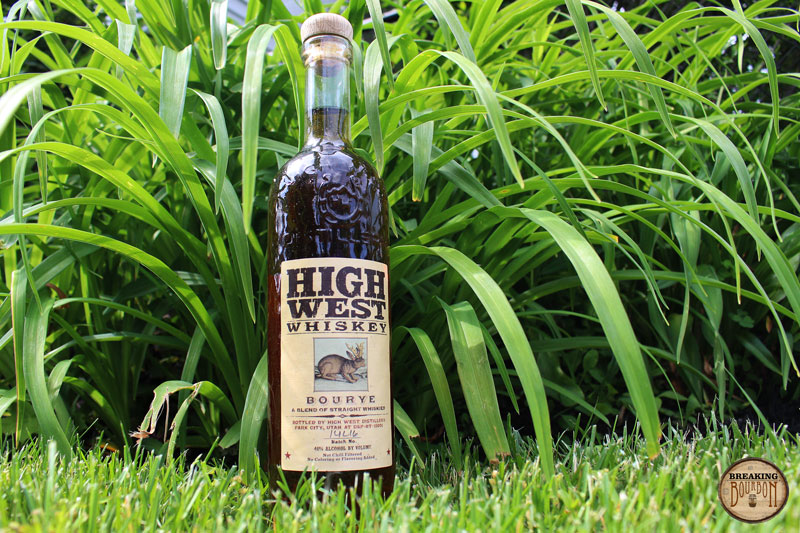