Heaven Hill 27 Year Barrel Proof Small Batch Bourbon was produced at the Old Heaven Hill Springs Distillery before it was destroyed by a fire in 1996. As such, it is referred to as “pre-fire” Heaven Hill bourbon. The release is comprised of 41 barrels that were produced in 1989 and 1990. All but five of the barrels comprising this release were aged on the first and second floors of Heaven Hill’s rickhouses, where the conditions were such that the proof decreased over time. As a result, when all of the barrels were combined it resulted in an unusually low barrel proof of only 94.7. Less than 3,000 bottles were produced, which equates to evaporation loss of approximately 73% or more. This one-time release bourbon was made available to limited markets in the fall of 2018.

Woody aromas are most prominent. Seasoned wood, cigar box, and aged oak comprise the overall aroma, along with hints of tobacco. It lacks the typical sweeter notes often found in bourbon, such as caramel and vanilla, but that’s not to say the woody aroma is overdone. Additionally, the nose notably lacks a general funkiness that is sometimes found in older bourbons, instead highlighting an array of woody scents in a rather straightforward but approachable manner.

Aged wood tannins bite hard. It’s immediately dry in an unusually upfront way. There are undertones of sweeter characteristics that tease a bit, but don’t wholeheartedly come into play. It’s rather robust, and turns towards a spicy note as its rolled around in the mouth. This robustness is characteristically unusual for such an old and, relatively speaking, low proof bourbon. After repeated sips, I’m able to get past the initial shock and the wood tannins come off less and less harsh, allowing me to tease out seasoned oak, tobacco, and hints of caramel.

The finish starts with big spice and an in-your-face dryness at first, which then fades to a complex integration of flavors. Lead by aged oak, cigar box, and tobacco, traces of leather and a light smokiness are also present. It’s anything but smooth at the start, but once the initial bite fades, you’re rewarded with a long and rather complex finish.

It’s 27 years old, limited production, pre-fire Heaven Hill, and unusually low barrel proof…but you already know that. There are few bourbons brought to market in this age range, and even fewer that are easily comparable. Heaven Hill’s own Parker’s Heritage 24 Year Bottled In Bond is a good comparison, as is Orphan Barrel’s Old Blowhard. Some of you might also remember Parker’s Heritage 27 Year, a shocking example of just how good high aged bourbon can be and notably the closest comparable bourbon. Finally, the elusive Pappy Van Winkle, a line of high aged bourbons that, admittedly, succeed in handling their high age quite well (though they’re not quite as old and have wheat versus rye as the secondary grain in the mashbill).

To that end, I will say this. Where the high aged Pappy Van Winkle are sometimes a bit oaky, they’re also velvety smooth lacking harshness or bitterness and rich in complexity. WhereOrphan Barrel’s Old Blowhard was a bit tannic and arguably over-oaked, it also felt a little watered down and over-filtered, which makes it quite drinkable. Parker’s Heritage 27 Year is full of rich, aged bourbon flavor, but doesn’t overdo it making for one of the best high aged bourbons I've ever had.

Parker’s Heritage 24 Year Bottled In Bond is the most recent similar high aged Heaven Hill release, so I compared it side by side with Heaven Hill 27 Year. Bottled In Bond is more refined and less oaky, though wood flavors still make up much of the flavor profile. The Parker’s Heritage 24 Year Bottled In Bond is more well rounded and balanced, while the Heaven Hill 27 Year is more robust and wood-forward in its delivery. This characteristic separates Heaven Hill 27 Year from every bourbon I just listed, as it’s the only bourbon over 20 years that I’ve ever had that comes across so brash and unrefined. Taking this as it is, I have to give Heaven Hill credit for not being tempted to over-filter or proof this down. However, the result is a bourbon that’s quite unusual and raw and tannic in its delivery. Needless to say, it’s not for everyone and takes getting past an initial shock factor to find something to appreciate. Every other bourbon listed here arguably handled its high age more elegantly.

Heaven Hill offers a strong range of value bourbons and whiskeys, which includes their recently retired 6 year old Bottled In Bond Bourbon, Henry McKenna 10 Year, and many more. For limited releases, they tend to price them around $10 per year of aging, with Old Fitzgerald Bottled In Bond and Parker’s Heritage 24 Year Bottled In Bond being a few recent examples. Heaven Hill 27 Year comes in above that, at $400 which is about $15 per year of aging. But it’s unlikely many who choose to purchase this will consider that a deterrent.

The fact is, this is a collector’s bourbon. Given its age, the uniquely crafted packaging (which notably resembles scotch packaging), and the fact that it’s $400 right out of the gate doesn’t even matter. Those who want it will buy it, probably for more than MSRP.

For the rest of us, it’s a fun example of what high aged bourbon can taste like, but beyond the initial curiosity phase it’s hardly a bourbon that will be admired for its flavor profile when taking price into consideration. To that end, it’s a poor use of $400.

Heaven Hill 27 Year shocks the palate with a unique delivery of wood-forward flavors, but fails to justify its asking price.

I like that Heaven Hill 27 Year was released at barrel proof. I like that it’s not over-filtered. I like that it provides a different experience than other high aged bourbons I’ve had. But the price, which was inevitable, is not justified by the bourbon in the bottle. Other bourbons I mentioned, like the high aged Van Winkles and Parker’s Heritage 27 Year, are bourbons that were (and are) expensive. But beyond the sticker shock lie bourbons that are tremendously good. With Heaven Hill 27 Year if you’re looking for a well-rounded bourbon you won’t find it here. Instead, it’s an onslaught of wood flavors delivered in a rather potent way. While the Heaven Hill 27 Year did grow on me the more I sipped it, it was admittedly more of an interest in its unusual flavor profile than pure enjoyment of it. At the price point, that’s just not enough.

‍The sample used for this review was provided at no cost courtesy of Heaven Hill. We thank them the sample and for allowing us to review it with no strings attached.

Buy Heaven Hill 27 Year Barrel Proof at Frootbat
‍The sample used for this review was provided to us at no cost courtesy its respective company. We thank them for allowing us to review it with no strings attached.
360 video 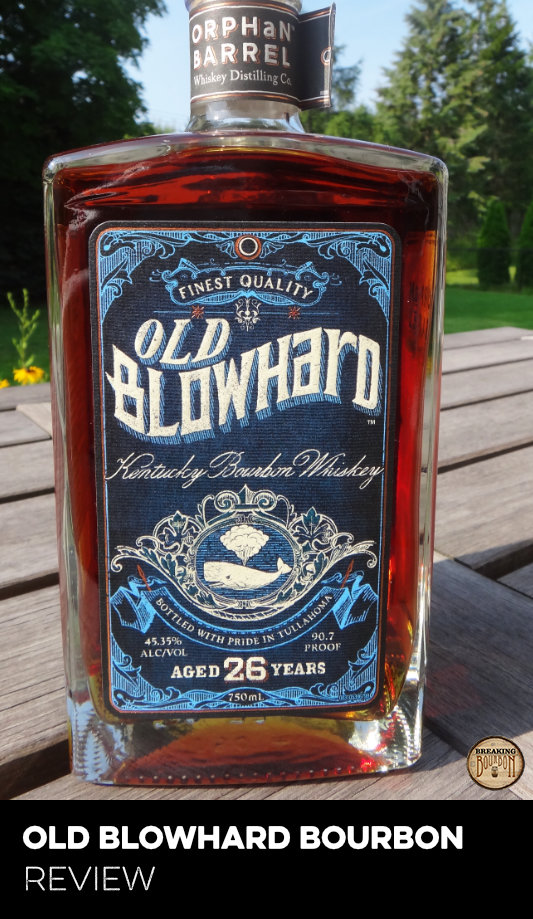