Find Fistful of Bourbon at Frootbat

William Grant & Sons is a family-owned Scottish company that owns many notable scotch distilleries such as Glenfiddich and Balvenie. They also own many other spirits companies: Tullamore Irish Whiskey, Hendrick’s Gin, and Sailor Jerry Rum to name a few. Up until recently their brand portfolio didn’t include bourbon. In 2017, they purchased Tuthilltown Spirits, which is best known for Hudson Whiskey. In 2018, they launched Fistful of Bourbon, a blend of five straight bourbons spearheaded by William Grant & Sons’ master blender Brian Kinsman and blender Kelsey McKechnie. Kinsman’s philosophy that “blending is more of an art than a science” has aided his 23 year career with the company and was called upon to create and launch Fistful of Bourbon, a new bourbon brand for the company.

A very bright and expressive aroma that starts with pear, green apple, and mint, before following with sweet corn and lemon. It’s not overly complex by any means but satisfying nevertheless. There’s only a slight twinge of oak, which is probably due to its overall age, yet it lacks any overpowering grain or ethanol notes that's typical of young whiskey.

A nicely layered flavor profile immediately jumps out at you. It’s quite floral at first sip before transitioning to lemon, corn, toffee, vanilla, and oak. It’s a gentle evolution from lighter and citrus notes to dark and heavy notes that keeps the bourbon interesting throughout its sip.

The heavier flavors of the palate are carried over to the finish along with a touch of heat, anise, toasted nuts, and a dash of cinnamon, before settling on oak. It’s an appropriate ending given the flavor journey this bourbon takes you on. Adequate complexity and intensity helps end the bourbon in a satisfying place.

Fistful of Bourbon prides itself on its blending origins, which isn’t surprising given the bourbon’s name. Many bourbons are blended either from barrels from the same company that produced them, or non-distiller producers who source barrels from one or more distilleries and blend them together themselves.

Fistful of Bourbon is a blended bourbon from five different straight bourbons and unfortunately, no information is given of their origins. This is common practice in the scotch world in which William Grant & Sons has a rich history with. Sourcing origins aren’t usually given in the bourbonsphere either due to contract stipulations, but there is certainly a trend moving to highlight origins and celebrate heritage whenever possible in the American whiskey market. When I first saw Fistful of Bourbon, I expected this to be a collaboration of five craft distilleries blending their bourbons to create something new, exciting, and possibly extraordinary. But this is not what Fistful of Bourbon is about. Which seems like a bit of a missed opportunity.

Looking at what this bourbon is, instead of what it isn’t, doesn’t change the fact that the blending of five different bourbons helped create a nicely layered whiskey who’s flavor profile evolves throughout its sip. Despite its young age statement, it features much more character than you’d expect it should have, and at no point does it taste like a two year old bourbon. With its sum likely being greater than its individual parts, it's a testament to the benefits of blending and the skill of master blender Brian Kinsman.

This bourbon might not have received the attention it has received if it wasn’t for its price. With the disappearance of the $20 range category of American whiskeys over the last five years, it's attention grabbing when one hits the market in that range. Brands of course need to overcome the perception that anything inexpensive is bottom shelf swill. In the age of social media and lightning fast word of mouth, those once difficult perceptions are easier to overcome and what William Grant & Sons are probably hedging their bets on. In the last year alone, quite a few brands, both large and small, have begun to target the sub-$30 price range again.

Fistful of Bourbon’s $25 price tag is indeed attention grabbing, but what is more noteworthy is it will likely exceed people’s expectations because of its low price. A lot of it is due to it being a blended bourbon, thereby creating a much more interesting whiskey than many come to expect in that price range. Is it better than the once $20 stalwarts of Buffalo Trace, Four Roses, or Maker’s Mark? Probably not, as it simply doesn’t have the age or oak backbone that those do, but it’s no less interesting either. Fistful of Bourbon probably isn’t going to replace your favorite drinker or limited edition gem, but it might have a chance of becoming your new favorite budget drinker.

Utilizing five different bourbons to create Fistful of Bourbon’s blend, results in a surprisingly layered bourbon at a rock-bottom price.

William Grant & Sons cleverly took what’s been done with scotch regarding blending from multiple sources, applied it to bourbon, and marketed it as something new and unique. Of course this has also been a common practice with bourbon, but it's never quite been used as a product’s forward-facing selling point as much as Fistful of Bourbon leans on it. At the same time, its budget price point makes it come across as a potential grab bag of bourbons hastily thrown together to cash in on bourbon’s ever-growing popularity. Except in this case, William Grant & Sons wisely took one of their key assets in veteran master blender Brian Kinsman, and employed his skills to create something you wouldn’t expect from a budget bourbon. This will likely exceed your expectations of what a $25 bourbon can offer, but to be fair, it’s also not going to completely blow you away either. Some of the luster it offered during my first few visits with it began to wear off over time. This isn’t going to go down as a hidden gem like the Weller brand used to be, or other hidden gems that only those in the know, know about. Instead, it's a budget bourbon that offers more than it has any right to, in a time when good inexpensive bourbons have become a relic of the past.

Find Fistful of Bourbon at Frootbat
‍The sample used for this review was provided to us at no cost courtesy its respective company. We thank them for allowing us to review it with no strings attached.
360 video 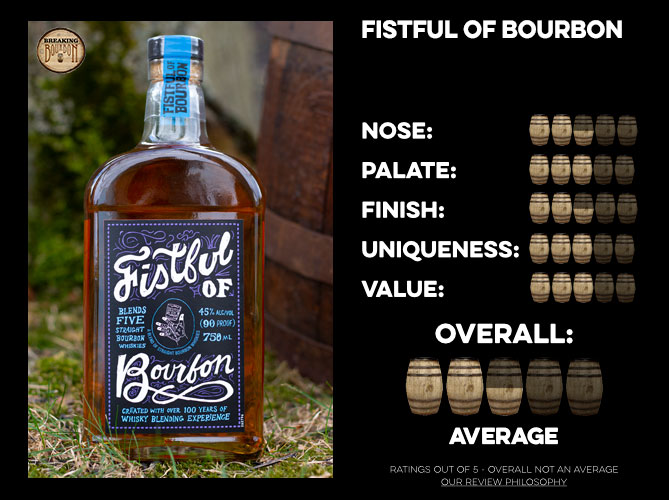 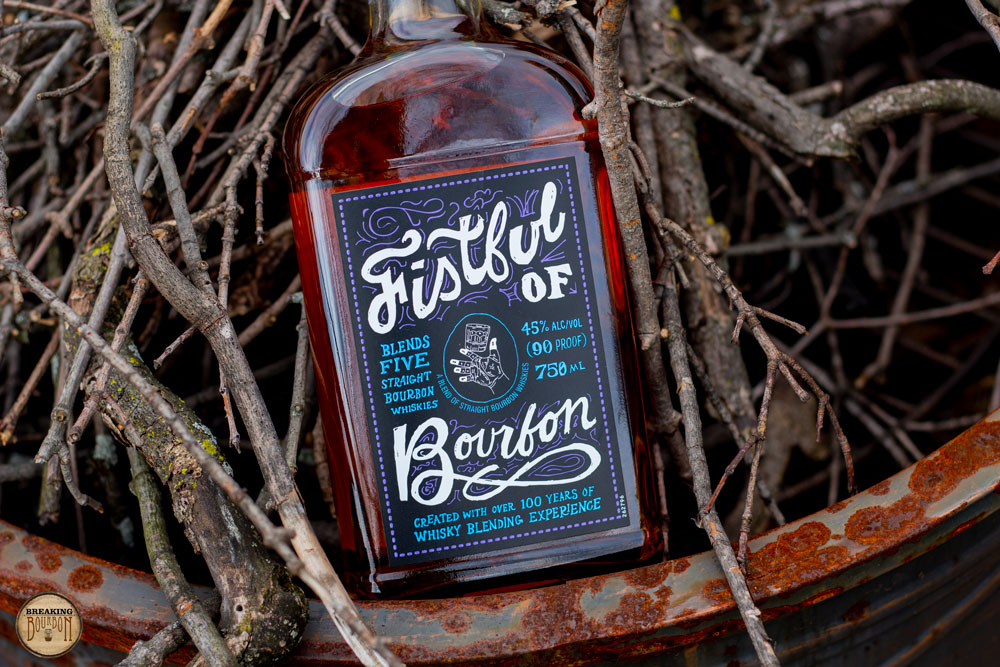 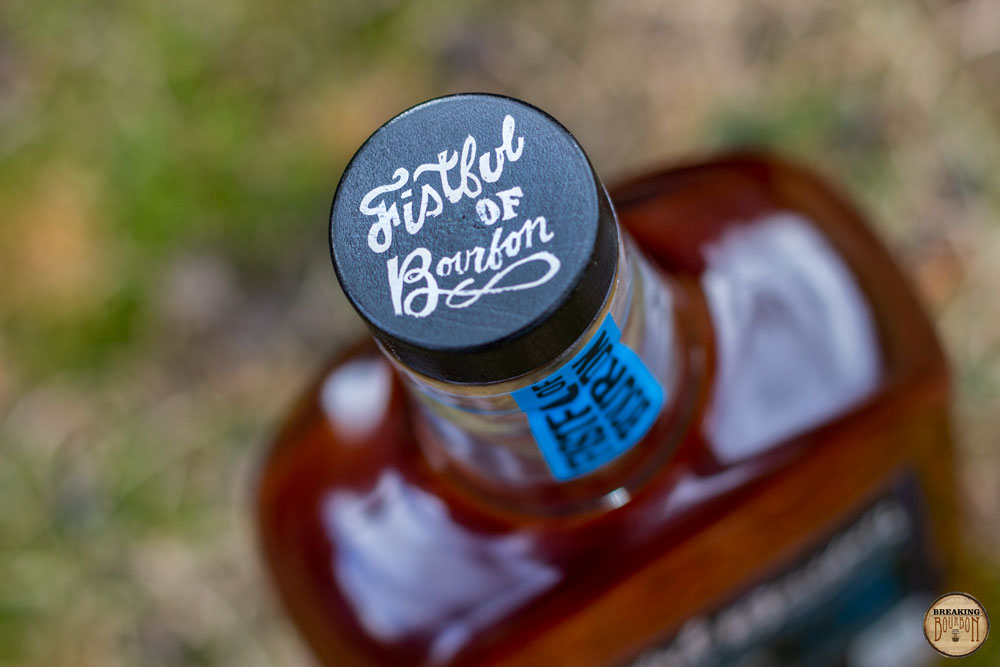 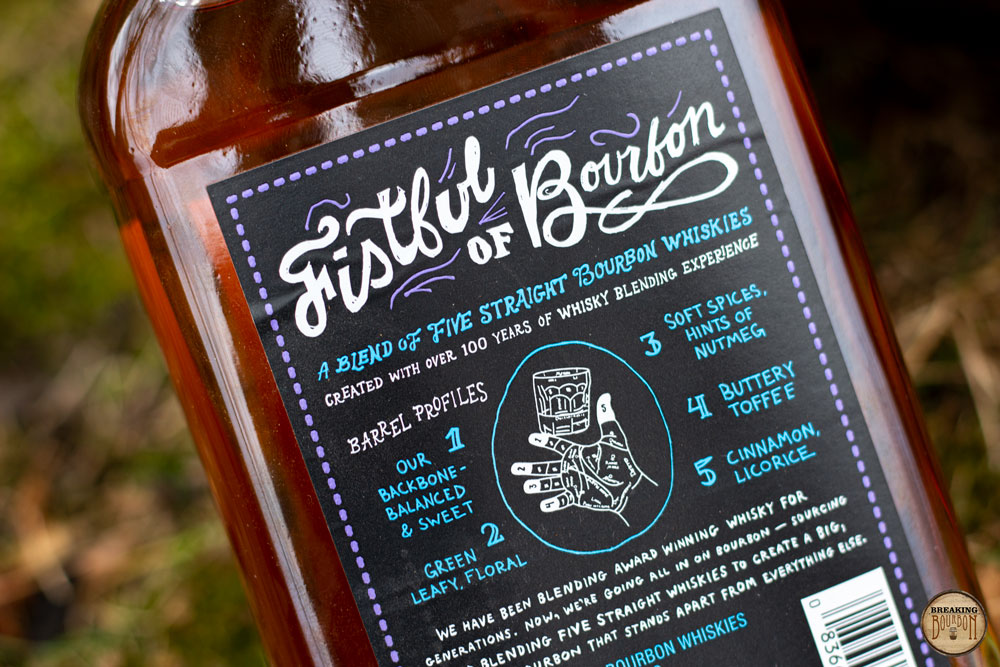 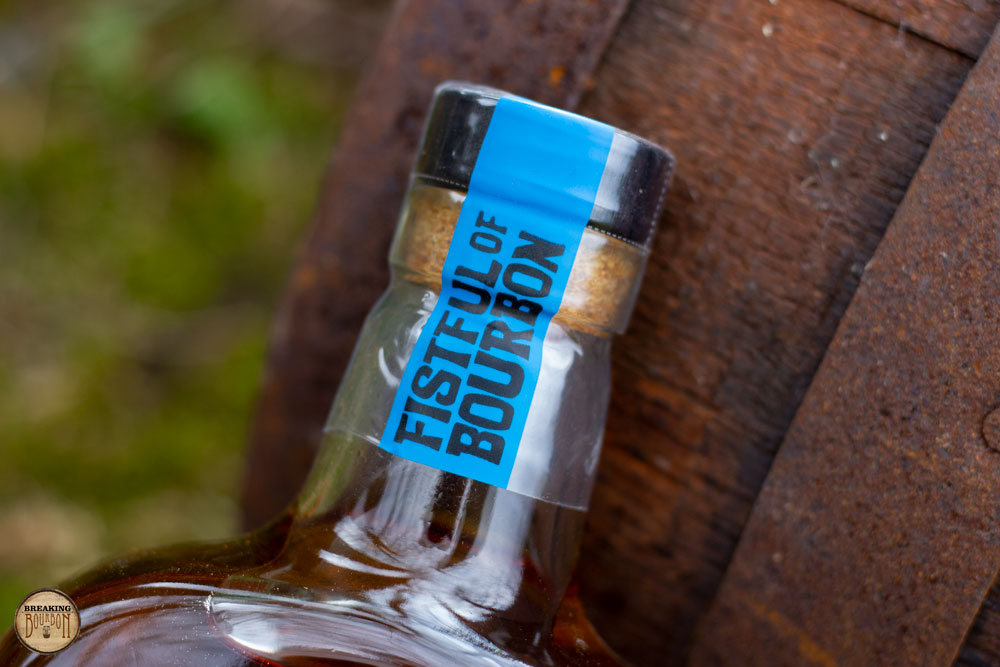