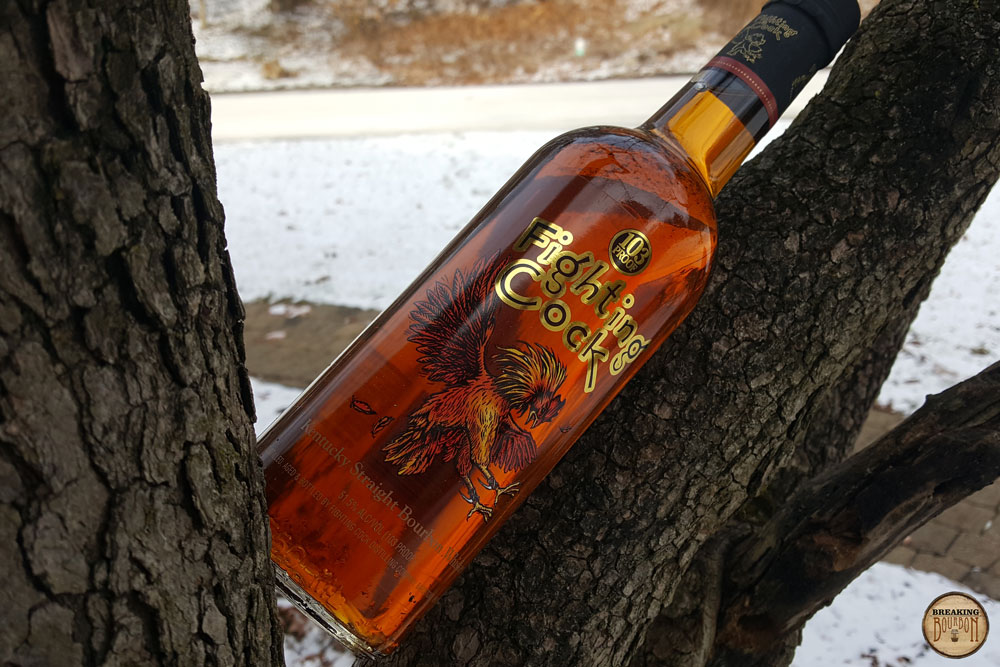 Fighting Cock is one of several Heaven Hill brands that falls in the $20 and under range. Bernie Lubbers, an American whiskey brand ambassador for Heaven Hill, stated on the Bourbon Pursuit Podcast that Fighting Cock was released as a direct competitor to Wild Turkey 101 Bourbon. According to Lubbers, Heaven Hill likes to do things "better and cheaper" than the competitors, which is why Fighting Cock has the name it does, and comes in at 103 proof, which is 2 proof points higher than WT 101.

Fighting Cock formerly carried a 6 year age statement, however that was removed in 2015 and now is bottled as a non age stated (NAS) variant. Based on its labelling, the law requires the youngest bourbon in the bottle to be at least four years old, however Heaven Hill has stated they continue to include older whiskey in the blend.

Fun fact, Heaven Hill also refers to this brand as the “kickin’ chicken.”

Banana forward with light vanilla, walnut, and oak in the background. It doesn’t have a complex aroma, but its simplicity doesn’t mean it’s boring either. In fact, it’s quite inviting. There is zero ethanol present, which for a sub $20 higher proof bourbon, is surprising.

Super sweet with a touch of heat. The palate has a nice mouthfeel, and is dominated by baked bananas drizzled with syrup. Additionally, you get a nice amount of heat via a mixed black and white pepper combination, which ends up complementing the sweeter notes. While the palate is also on the simpler side, it’s very enjoyable.

The finish is contrasting compared to the sweeter nose and palate that come before it. The peppery heat carries through to start the finish, and is joined with oak and leather to form a drier overall finish profile. The finish is shorter and disappointingly ends rather abruptly without any fanfare.

If this had this been a few years ago, a majority of this section would have been celebrating Heaven Hill for releasing a surprisingly drinkable six year old bourbon under $20. It also would have most likely been described a much more “fiery” bourbon with a kick, which is how a majority of people described their experience with the 6 year age stated bourbon.

Unfortunately, that’s not the case today. While its value is commendable, the fact of the matter remains that it’s a NAS bourbon with a more simplistic flavor profile. This is certainly not unique nowadays, but other sub $20 bourbons like Heaven Hill BIB and Four Roses Yellow at least bring an extra memorable element to their flavor profiles. Credit needs to be given to Fighting Cock for how drinkable it is at 103 proof, however along those same lines, I was also surprised to see the lack of flavor for a 103 proof bourbon, which is a shame.

Often times people have preconceived notions that if a bourbon is on the bottom shelf and sells for under $20, it must not be that great. Fighting Cock helps to break that perception and delivers an easy to drink bourbon that can be appreciated by anyone. While the nose and palate are simple and the finish is short and dry, overall this is an enjoyable bourbon for the price. Fighting Cock holds up well when compared to its competition in this value price range, especially for the price being offered.

This cock might not have a lot of bite, but it delivers an easy drinking experience at an everyman's price.

I’ll admit it. I avoided Fighting Cock for the longest time due to the perception I had built up in my mind about it. Here was a bourbon that I vaguely remember buying shortly after turning 21 because I thought it had a funny name. Back then, this bourbon to me was meant for shots or for mixing and it stayed etched in my mind as a bottom shelf bourbon that didn’t need to be re-explored.

All these years later, I’m glad that I gave Fighting Cock a second chance. This bourbon offers a simple and smooth drinking experience that almost all will enjoy. It may not be the spicier higher proof version of Wild Turkey 101 that Heaven Hill claims it was aiming to be, but what it is, is good. And in today’s crowded marketplace full of new bourbons looking for the next gimmick, good is enough.

Buy Fighting Cock Kentucky Straight Bourbon at Frootbat
‍The sample used for this review was provided to us at no cost courtesy its respective company. We thank them for allowing us to review it with no strings attached.
360 video 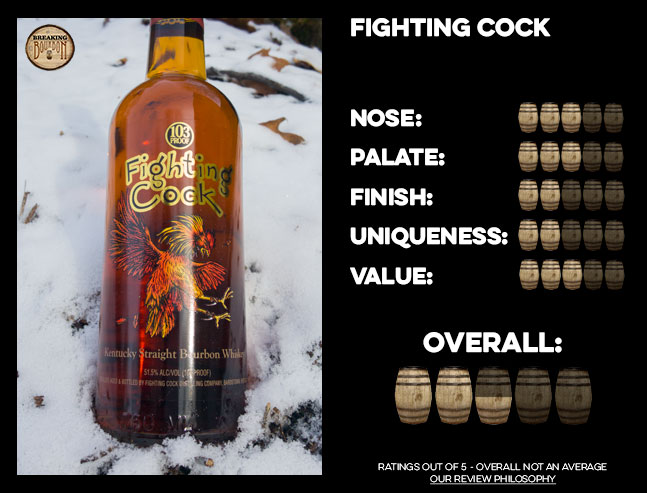 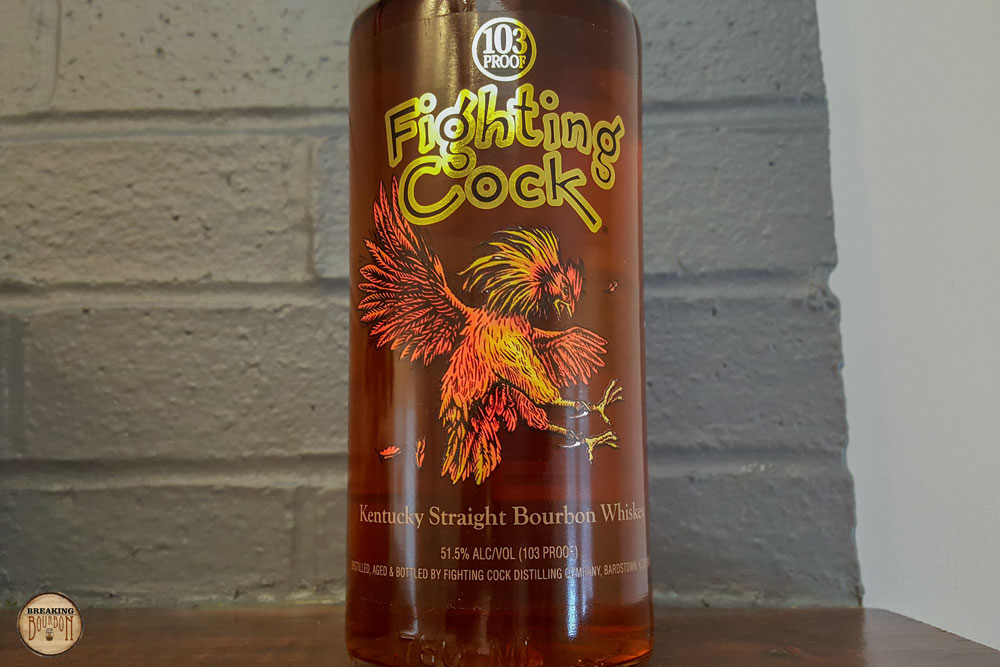 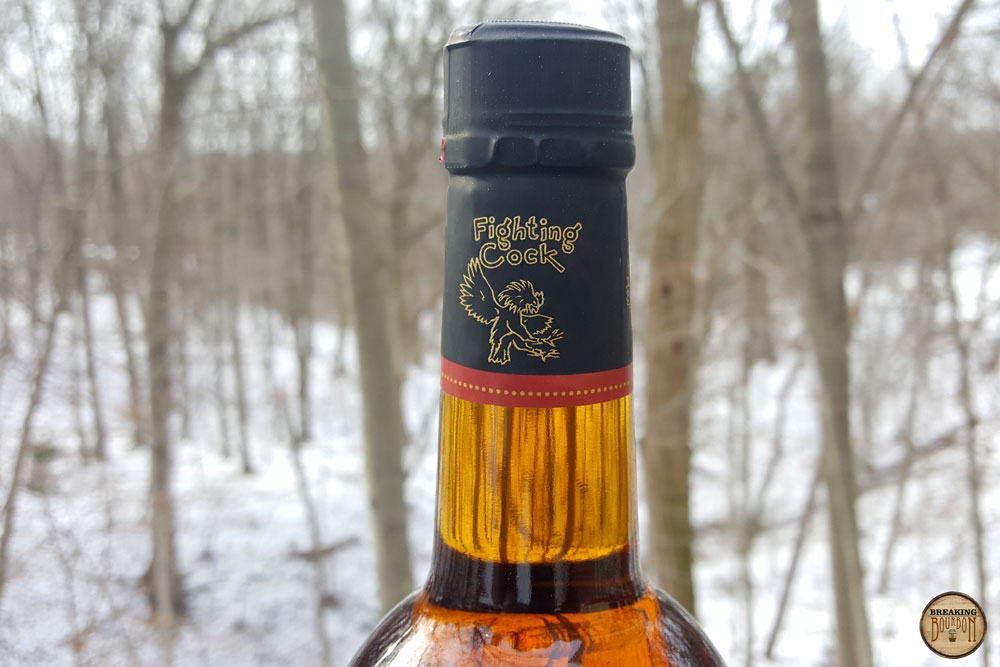