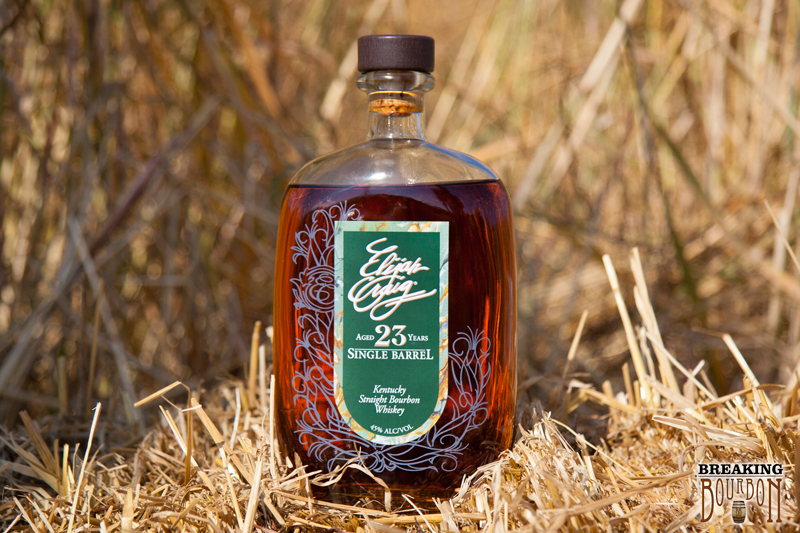 This nose is best described as woody, which shouldn’t come as much of a surprise since it’s been sitting in the barrel for 23 years. Deep notes of mahogany are up front and present upon first smelling this bourbon. Hiding behind the mahogany are light traces of grain and dried fruit, predominantly dried cherry. While very pleasant, the nose is much more subtle than prior editions of high aged Elijah Craig. It just didn't hold my attention as much as some of the others.

Elijah Craig 21 Year opened up a lot with 5-6 drops of water when I reviewed it, so I decided to do the same when tasting this 23 year old. This time around, the water added very little to the overall nose. Instead it tended to enhance the mahogany smell to a fuller, deeper version. Unfortunately this came as a tradeoff since it slightly muted the light traces of grain and dried fruit that were present before adding the water.

Wood, wood, and more wood…this bourbon is an oak monster! Up front you’re hit with a taste of very dried charred oak, which is the predominant flavor profile for this bourbon. It’s hard to describe just how dry this bourbon is. The best comparison I have is if you were to take a sip of a very dry red wine and have almost all of the moisture sucked right out of your mouth. Additional hints of vanilla, honey and leather linger behind the wood taste.

Adding water to the palate greatly enhanced it. While still dry, the palate lost a lot of its wood flavor profile, and instead bursted to life with sweet flavors of honey, dried cherries, apricot, and sunflower seeds (oddly enough!). The palate became very enjoyable after adding the water and even though it didn’t enhance the nose, I wouldn’t recommend drinking this bourbon any other way.

The dryness of the palate continues through to the finish. A mellow long finish of roasted nuts, leather, aged tobacco and light traces of pepper linger in your mouth.

Adding a few drops of water brought out more woody notes to the finish. Wood, dried raisins, and aged leather dominate after adding the water. Even with the water, the finish was long and mellow, and lingered in my mouth for an appreciable amount of time.

Elijah Craig 23 Year continues Heaven Hill’s series of aging their Elijah Craig bourbon a year longer. Starting in 2012 with Elijah Craig 20 Year and continuing every year thereafter, Heaven Hill has continued to age their signature Elijah Craig 18 Year bourbon one more year - giving you a unique chance to sample each year, compare years, and really see how the bourbon tastes with the additional aging. This, in my opinion, has been a really fun series to try out, since it gives you the opportunity to see what the ideal aging time is for Elijah Craig versus a single year release like so many other ultra-aged bourbons (Old Blowhard, Parkers Heritage 27 Year, etc.)

And, each of the bottles are single barrels, which provides even more of a unique opportunity since very few ultra-aged bourbons are single barreled. This may not always be a great thing however, since you’re paying a high value for a bottle that may or may not be that great depending on the barrel.

At $200 a bottle, Elijah Craig 23 is well into the super-premium bourbon category. You’re not paying for a phenomenal taste with this edition. Instead, you’re paying for the privilege to try Elijah Craig aged 23 years. Unlike the EC 21 or EC 22 that command the price premium, this bourbon just falls short of expectations for the price. I would be hard pressed to recommend this bottle at $150 (the cost of prior editions), let alone $200. Even Old Blowhard, which was a 26 year old comparable oak monster, sold for $150.

Father Time finally caught up with the ultra aged Elijah Craig series, as this 23 year old version spent one too many years in the barrel.

Few bourbons can age this long and still offer a great well-rounded experience. Like past editions, the nose is quite enjoyable and the highlight of this bourbon. However this time around, the palate and finish just didn’t offer the same great experience. They’re not bad per say, but they’re also not great given what you would expect from a bourbon in this price range.

I do, however, see Elijah Craig 23 Year having it’s time and place. I could see it being used in limited occasions. Like, the entire time I was drinking it, I couldn't stop thinking about sipping it in front of a fire with a fine cigar to complement it. That being said, given the price, I'd recommend trying it at the bar vs. sinking money into a full bottle. Hopefully Heaven Hill realizes the limit of aging time on their bourbon and scales back production to bourbon aged 22 yrs or less.

Buy Elijah Craig 23 Year at Frootbat
‍The sample used for this review was provided to us at no cost courtesy its respective company. We thank them for allowing us to review it with no strings attached.
360 video 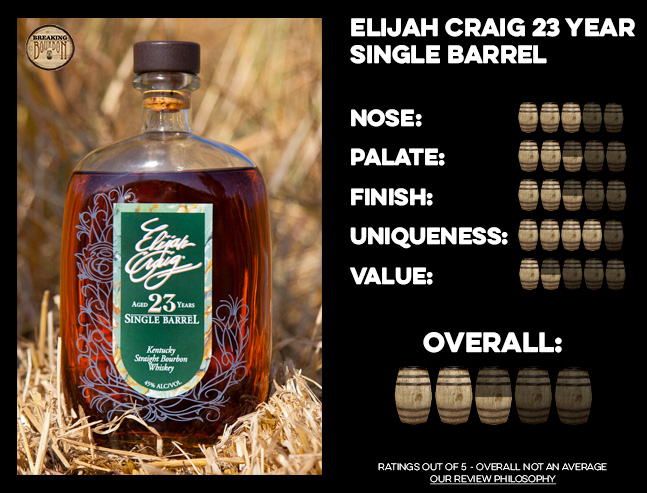 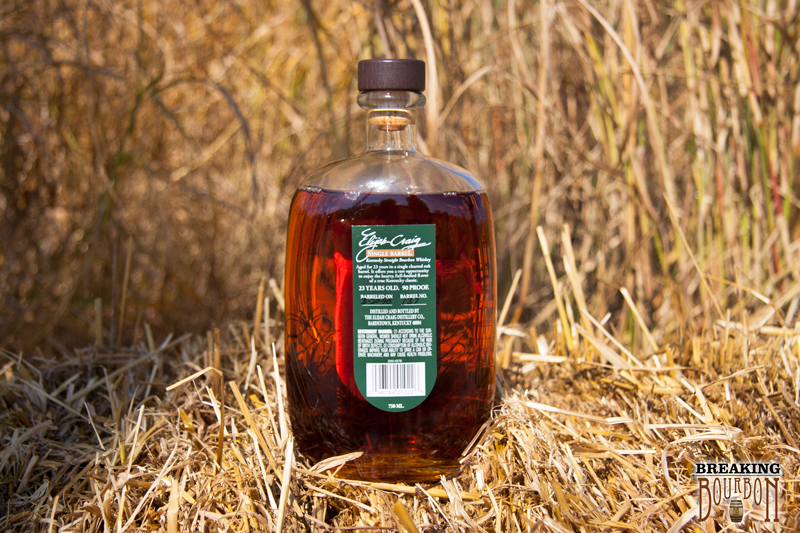