E.H. Taylor Barrel Proof Bourbon is made with Buffalo Trace’s Mashbill #1 that uses 10% or less rye as its secondary grain. This is the same mashbill that a number of the company’s bourbons use, most notably, Buffalo Trace Bourbon, Stagg Jr., and George T. Stagg. Although it doesn’t feature an age statement, it is said to be about the same age as Buffalo Trace Bourbon. Stagg Jr. is believed to be in the range of 8-10 years and George T. Stagg is 12+ years old.

A potent scent of buttered pecans strikes before layers of dark brown sugar, deep tobacco, and thick oak sidle in. The bourbon’s proof is quite evident as it presents a nose-tingling intensity. Slight hints of dark raspberry and apple interject, but are overtaken by an overwhelming amount of toasted nut scent. Overall it’s a rustic aroma that’s all-around quite pleasing.

You’re greeted with a very hot and grounded flavor profile thanks to its surprisingly soft sweet brown sugar and dark fruit notes. Vanilla bean, heavy oak, and burnt caramel further combine to create a familiar and straightforward flavor profile. It’s hot through and through, which is further amplified thanks to the bourbon’s shortfall of sweet flavors. Lacking a certain amount of wow factor, the bourbon makes up for it with a solid delivery of flavors that work very well together and simply hit the spot.

The bourbon’s hotness brings forth a minty menthol, coffee bean, and cinnamon nut aftertaste. Long lasting and rather vigorous at times, E.H. Taylor Barrel Proof doesn’t back down. Being so forceful at times, the flavors do make a striking impact. Like the palate, they aren’t overly complex, going for impact over sophistication. A decent amount of oak introduces a slightly dry element to the finish that isn’t detrimental and further adds to the grounded nature of the bourbon.

In recent years, Buffalo Trace has used their E.H. Taylor brand to launch a number of annual wholly original and unique whiskeys. Before this renewed attention, the Taylor brand wasn’t viewed as being overly exciting except for the fact it came in a tube. Yet the brand consistency hit a certain quality mark that became well revered among whiskey enthusiasts.

E.H. Taylor Barrel Proof has never reached the same mainstream fever pitch as George T. Stagg. Some of this is due to its exclusion from the Buffalo Trace Antique Collection (BTAC), but some of it is also probably due to its younger age, less bombastic flavor profile, and overall low-key annual releases. Never truly easy to find, but also never truly as hard as a BTAC release either, Taylor Barrel Proof has quietly chugged along.

Taylor Barrel Proof's ongoing good graces with whiskey drinkers has a lot to do with its constant quality. You’d be hard-pressed to call out any of its batches as being complete misses, and this is likely because it doesn’t swing for the fences. It most likely acts as an endpoint for some of the company’s better barrels that were destined for Buffalo Trace Bourbon batches at around the 6-7 year mark. They probably weren’t showing signs of a typical Stagg flavor profile and in turn, were earmarked for Taylor releases. Of course there is nothing wrong with that because just as not every movie needs to be a summer blockbuster, not every bourbon needs to be a Stagg either. Sometimes a subdued or familiar experience may not be as thrilling, but can still be quite satisfying.

E.H. Taylor Barrel Proof lands right in between the price points of Stagg Jr. ($60) and George T. Stagg ($100). Although both E.H. Taylor Barrel Proof and Stagg Jr. don’t feature an age statement, it is generally known that Stagg Jr. is older, which makes its pricing seem low compared to Taylor Barrel Proof. This was probably because Buffalo Trace wanted to have a larger price differentiator between Stagg’s junior and senior releases. The company has also marketed the entire Taylor portfolio as a more premium brand and priced and packaged them accordingly. Of course, being a Buffalo Trace product with limited availability has driven up both demand and prices almost universally. It only takes a quick internet search to see what online stores are charging for a given E.H. Taylor Barrel Proof release, which isn’t true to the same degree of the company’s other barrel proof products. Yet, if you can find it at MSRP - which hasn’t changed in years - it falls within the $60-$100 range many barrel proof bourbons are typically found in, and is the right price for this bourbon.

E.H. Taylor Barrel Proof never has received the rabid fanfare that George T. Stagg has received despite its consistent quality and overall difficulty of obtaining that seems to only increase demand for products. It often lacks a certain wow factor compared to recent George T. Stagg releases and even some Stagg Jr. batches. With its overall quality consistently hitting high marks, there’s little fear you’re purchasing a dud batch. In a way, E.H. Taylor Barrel Proof finds itself in a sort of Goldilocks zone between Buffalo Trace’s Stagg releases. It doesn't go out of its way to charm you with overly sweet or spicy flavors like those releases, and instead remains a relatively grounded sip. It’s a classic-tasting bourbon through and through that punctuates its sip with a sky high proof. E.H. Taylor Barrel Proof is rarely an exciting sip, but one that is staunt, constant, and confident in what it delivers.

Buy E.H. Taylor, Jr. Barrel Proof Bourbon (130.3 Proof) (Batch 9) at Frootbat
‍The sample used for this review was provided to us at no cost courtesy its respective company. We thank them for allowing us to review it with no strings attached.
360 video 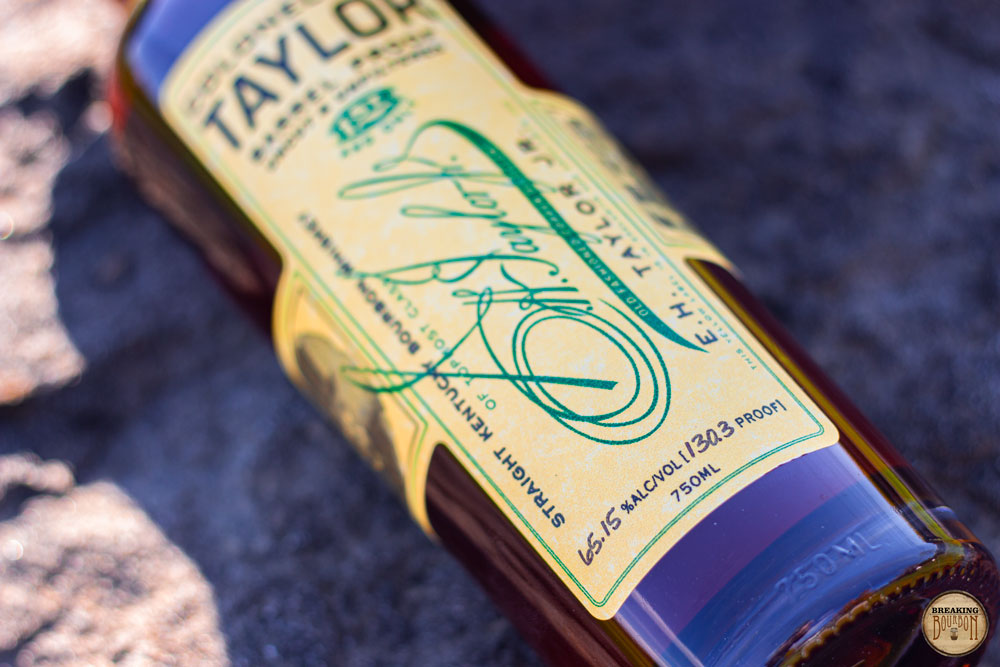 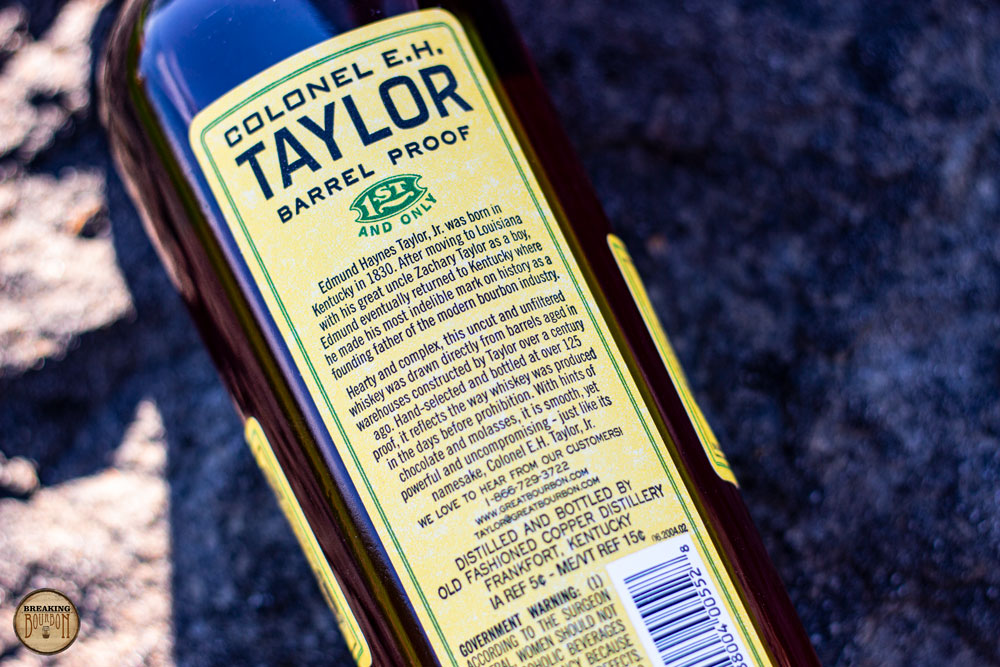 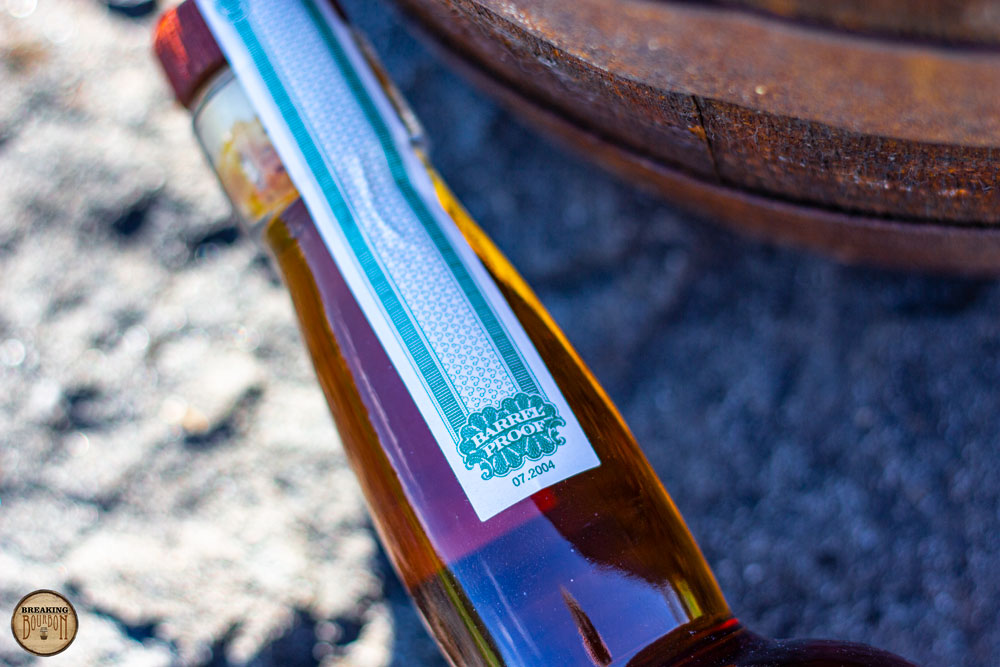 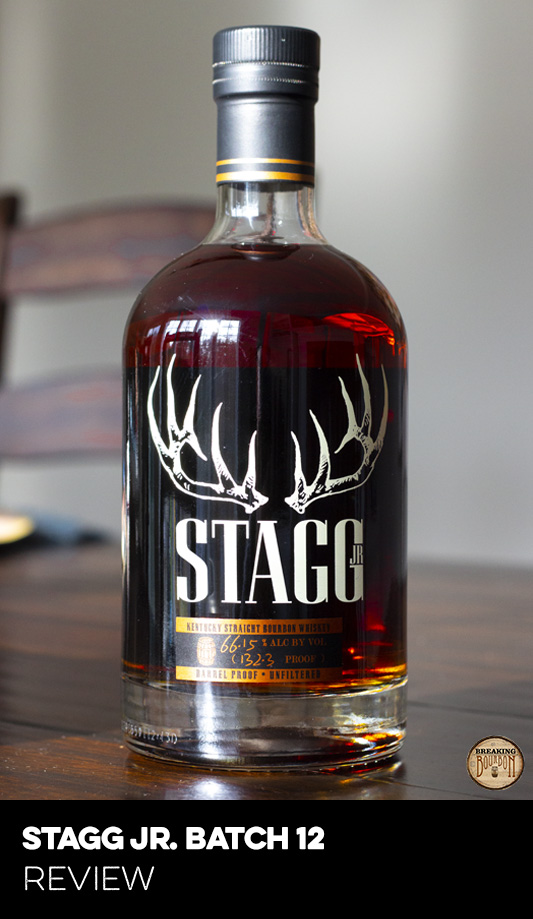 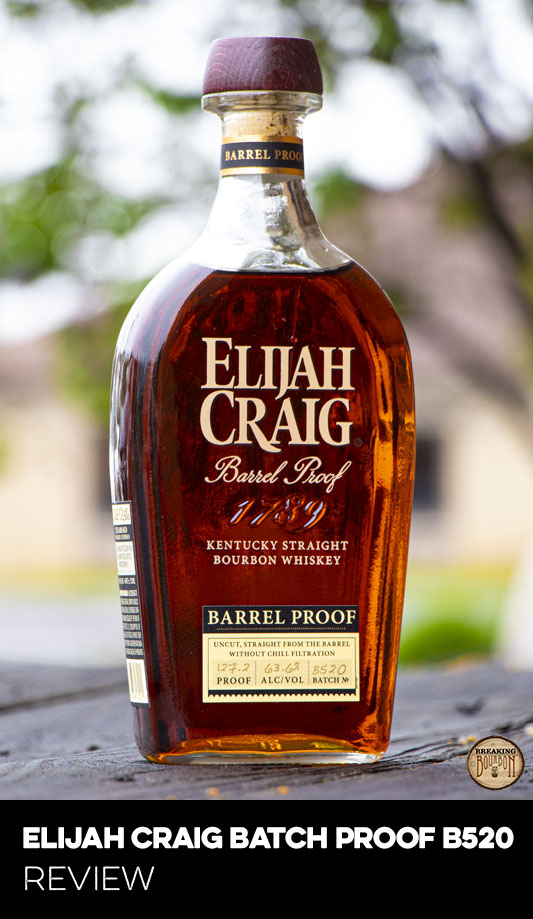