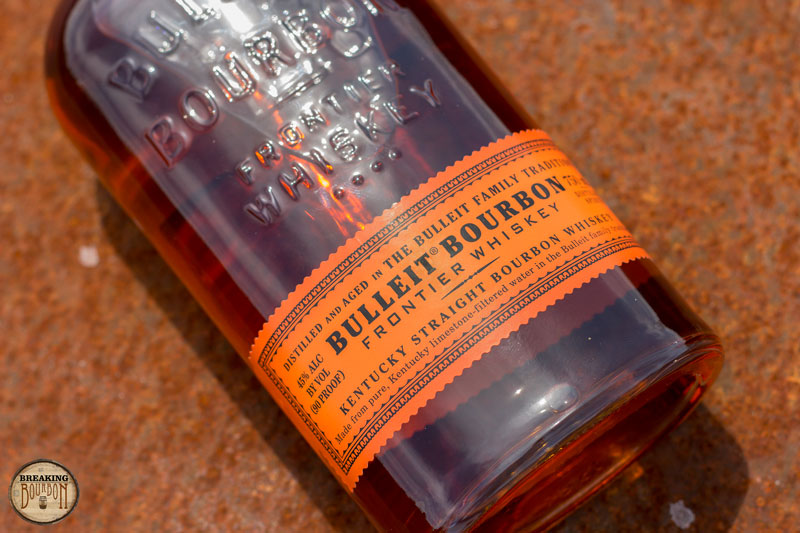 According to Tom Bulleit, great-great-grandson of Augustus Bulleit, the first batch of Bulleit bourbon was made around 1830 and its production was discontinued after Augustus’s death in 1860. It’s original mash bill was two-thirds rye and one-third corn. In 1987, Tom Bulleit oversaw the distillation of the first batch of the modern-day Bulleit bourbon and paid tribute to the original mashbill by keeping the rye content higher than most bourbons on the market. In 1997, the Bulleit brand name was bought by Seagram and was introduced to U.S. markets in 1999. The Bulleit brand was acquired by Diageo when the company bought Seagram Company in 2000. Although Bulleit’s label says, “Distilled by the Bulleit Distilling Co.,” the company currently sources its bourbon. Until very recently, Four Roses was the supplier, and it is not officially known who Bulleit’s current supplier is. The brand also has 10 year and cask strength versions of their bourbon and also a rye whiskey.

Equal amounts of vanilla, caramel, and orange zest overlay more tamer notes of smoke, cherry, and oak. There’s a good amount of richness to the aromas, however they’re light on depth. An enjoyable spiciness bounces off the sweeter notes, but overall the nose is quite frank; straightforward with little fuss.

A sweet caramel opening quickly transforms into a peppery oak bomb. Despite its light body it still manages to have a creamy mouthfeel and the palate surprisingly packs a burst of flavor. Unfortunately, this flavor pop is one-dimensional and not very complex, simply consisting of pepper and oak. Minor notes of cinnamon and ginger are also present, but they struggle to shine over the bourbon's spiciness.

The bourbon’s hardfisted spiciness continues until the very end. Spice, pepper, and oak dominate, with notes of butterscotch, mint, and cherry wavering in and out. There is an enjoyable amount of smoothness and creaminess on the finish that keeps the peppery spice from being too hard to drink. This is again surface-level complexity on display, but just enough overall quality to make the bourbon enjoyable.

Quickly over the past 10 years, Bulleit has made a big name for itself. The brand has given Maker’s Mark and Jim Beam a run for their money, appearing on, what feels, just as many bar shelves in the U.S. as those major brands. Being owned by Diageo doesn’t quite make Bulleit’s rise a David versus Goliath story, but doing it so quickly and effectively is quite a feat. This is in large part due to Diageo’s marketing muscle, which also extends to Bulleit’s now-iconic and much-loved bottle design. Of course another large part has to do with what’s inside the bottle.

It is now known that Four Roses had been supplying Diageo with a special blend for their brand for years. Despite consumers not officially knowing for years that the bourbon was sourced from Four Roses, it was still their quality stock, which probably had a lot to do why it resonated with people and aided with Bulleit’s quick rise in popularity. With that arrangement now said to be ending (or ended), and Diageo sourcing from a new producer while Bulleit gets their own distillery up and running (due to open in late 2016), it’s getting harder to know just what Bulleit actually is.

As with the case with any non-distiller-producer (NDP), maintaining a consistent flavor profile must be an endless challenge and one Bulleit probably hasn’t had to contend with in a long time. As a result of sourcing, Bulleit has an overall respectable level of quality stemming from the deal they made with Four Roses years ago, but the bourbon’s lack of complexity and memorable characteristics beyond its spiciness may have a lot to do with lack of direct control of their own product.

Bulleit is foremost marketed as a mixing bourbon. As such, its high-rye content results in ample amounts of pepper and spice, which helps the bourbon stand up no matter what it’s mixed with. This boldness and overall quality helps put Bulleit in the higher echelon of mixing bourbons. Its $30+ price further re-enforces this, as it’s higher than Maker’s Mark and Jim Beam, making its perception of value appears greater. Much like the sweeping price fluctuations consumers see with major sellers like Maker’s Mark and Jim Beam, Bulleit is also privy to the same price variations and often found below $30 in some markets.

From a sipping bourbon standpoint, Bulleit also holds up well. It’s easy to drink, and its spicy pop makes it standout from most bourbons. It’s not infinitely better than other $30 bourbons, in fact it’s very comparable to many in that range. It’s more up to a person’s personal flavor preference since nothing about this bourbon screams amazing. It wants to be the best at both worlds, and while it doesn’t quite achieve it, it’s a respectable showing.

A versatile bourbon that works well mixing and sipping, but its spiciness and lack of complexity won’t make it a hit with everyone.

Most likely due in large part to Diageo’s marketing, I’m more apt to use Bulleit in my next cocktail than similar priced bourbons such as Four Roses Small Batch, Buffalo Trace, or Henry McKenna (all of which are superior sipping bourbons). It does tend to make a better cocktail mixer than Maker’s Mark or Jim Beam because of its extra spiciness, but it comes with a higher cost. At the same time, that higher cost brings with it additional quality and the option to enjoy drinking it neat. Versatility is probably Bulleit’s most redeeming trait.

It will be interesting to see how Bulleit’s flavor profile might change over the next few years as NDPs have been experiencing much more competition sourcing bourbon for their brands than they use to. If Bulleit can maintain a steady flow of quality bourbon and maintain a similar flavor profile, they should be able to weather the storm. Bulleit isn’t quite in the sweet position they have been in years past, but relying on their reputation should buy them some time until their own distillery is up and running. At that point it’s even possible we’ll see an improved product, as they will be able to control their own product from start to finish.

Buy Bulleit Bourbon at Frootbat
‍The sample used for this review was provided to us at no cost courtesy its respective company. We thank them for allowing us to review it with no strings attached.
360 video 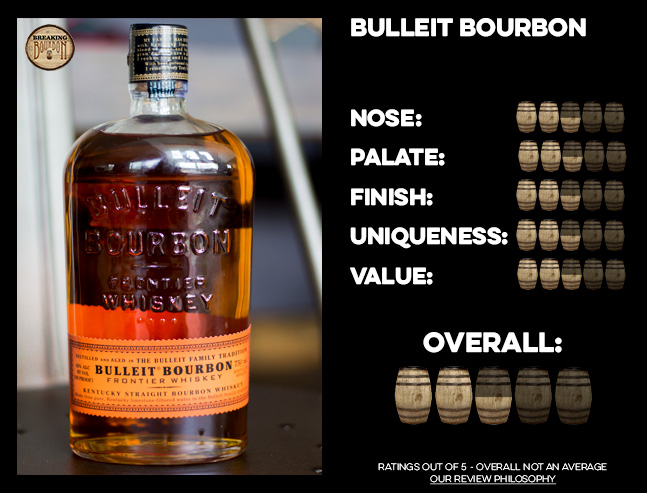 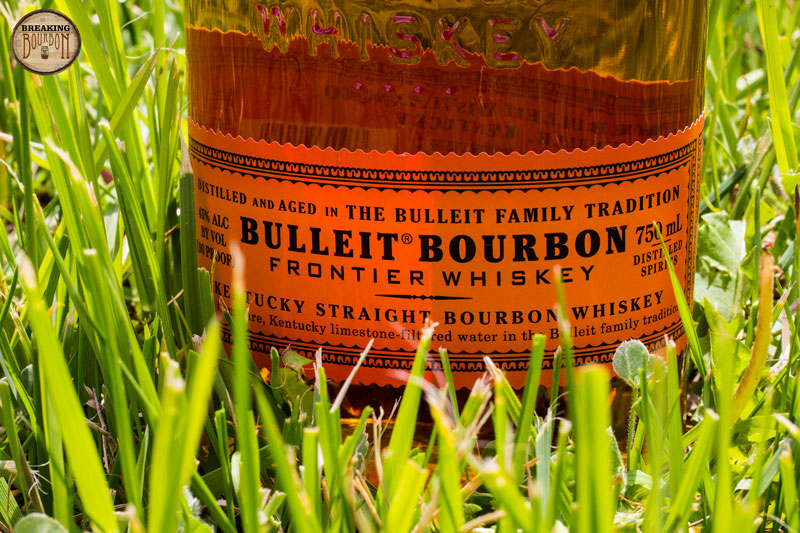 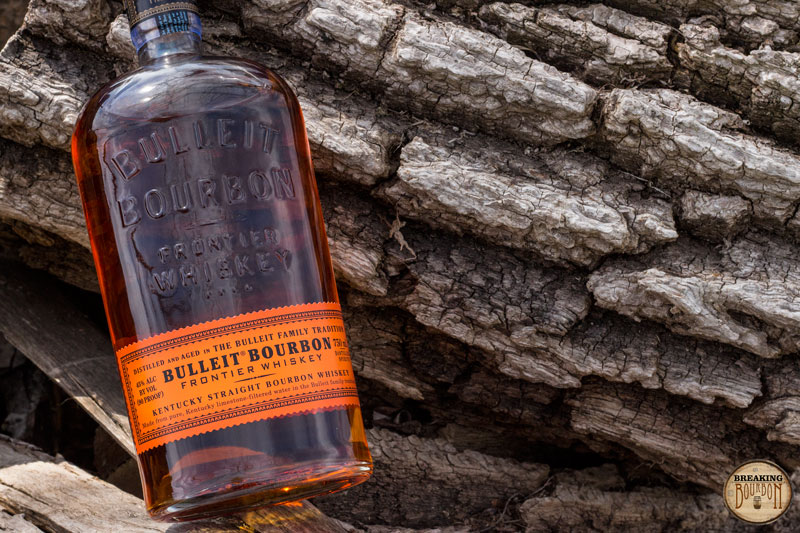 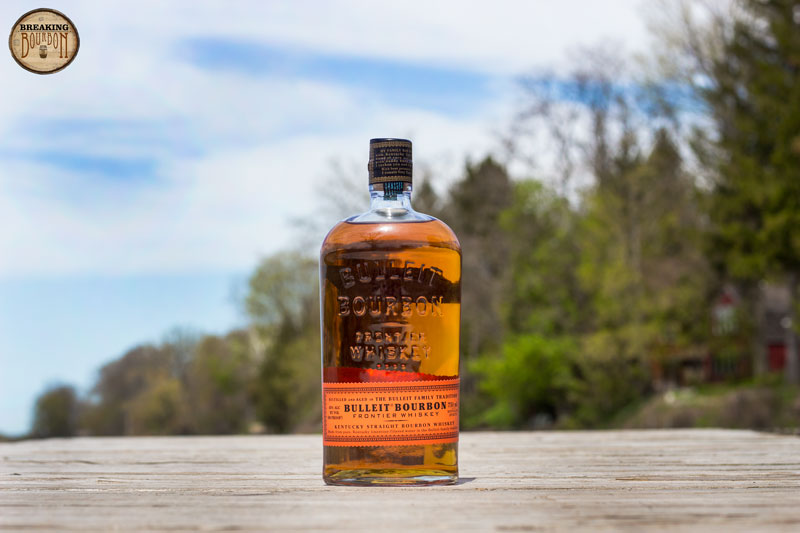