Bulleit introduced 95 Rye Frontier Whiskey as a permanent line extension in 2011. Despite being produced by MGP Ingredients, Bulleit has a unique agreement with the company for them to produce rye whiskey from a proprietary recipe. Bulliet has control over barrel maturation which is done at MGP and at Bulleit’s own warehouses. Bulleit 95 Rye 12 Year, or “Bulleit Rye 12 Year” as it is typically referred to, is the first extension of Bulleit’s rye brand and is currently only available in select markets: Washington D.C., CO, IL, NY, OH, OR, CA, KY, TX, GA, NJ, AZ, MA, and MD. The oft used “95” in the name, refers to the 95% rye in its mashbill.

Punchy out of the glass, with heavy baking spices, strawberry cream, mild dill, cocoa powder, and slight hints of grass. It is much more potent than I expected and the depth of the aroma is surprising. It’s an interesting blend of scents that work well together.

A very grounded array of flavors that’s heavy on oak, brown sugar, spice, and molasses. Some floral, semi-sweet chocolate, and graham cracker notes are also present, but have minor influence on the overall flavor profile.

This is where the whiskey’s age shows most, as oak dominates resulting in a finish that flirts with a bitter and tannic aftertaste. This is a bit disappointing as the finish is relatively simple and suggests the age did more to harm the whiskey than to enhance it.

The most obvious standout trait of this release is its 12 year age statement. It’s incredibly rare for a rye to even boast an age statement, let alone one with an impressive 12 years behind it. With so many brands sourcing their rye from MGP, you’d think more would have them. This might be due to MGP’s shortage of aged rye stock. Although what’s more interesting is that Bulleit is the brand that actually has it, which might be the result of the company’s long standing relationship with MGP, and why other brands have looked to Tennessee distilleries for aged rye stock.

Of course an age statement means nothing if it does little to change, enhance, or transform the baseline whiskey it comes from. The standard Bulleit Rye is a no-frills rye, for better or for worse. It’s unoffensive, not all that memorable, but quite drinkable and extremely crushable (if that’s your thing). Comparing the two, the standard Bulleit Rye’s flavor profile resides on a higher octave, with lighter, brighter, and sweeter flavors. In contrast, the 12 Year is on a lower octave with deeper flavors, more oak, and additional weight to its mouthfeel. The 12 Year isn’t light-years ahead of the standard version, but it will most likely appeal to bourbon enthusiasts with its richer flavor profile that is more conducive to drinking neat.

Age stated rye whiskeys are quite elusive in today’s whiskey market. Of the few that sport them, they are often reserved for limited releases or single barrels, and command a premium price. It’s quite refreshing to see Diageo release this 12 year old rye at a price you probably would have expected a few years ago, let alone in 2019. The company could have easily released this as an annual limited release and asked double for it. Perhaps this is a sign of whiskey companies starting to pull back from demanding top dollar for every new release despite whether the product warrants it or not. Quite frankly, this would have sat on the shelves at $100, but at $50 and with wide availability (after its full rollout), this should result in decent sales. Not everyone will love its 92 proof, but Diageo probably wanted to hit this price point and achieve maximum drinkability for all. I’m sure many would have loved to see this over 100 proof, but at 92, many will find this a satisfying pour and a great value for its age.

A rye with a flavor profile and age statement that's increasingly rare to find in today’s marketplace, all at a great price.

Bulleit Rye 12 Year may not be as unique tasting as Old Forester Rye, or hit quite the same mark as Knob Creek Limited Edition Rye, but it offers an oak heavy rye and is tonally different than most ryes on the market. A thicker mouthfeel and a flavor profile that errs more on the dark end of the spectrum, there aren’t many ryes that taste like Bulleit 12 Year Rye. But that doesn’t necessarily make it a homerun either. Most noticeably, the lack of fruit notes and some bitterness on the finish holds it back the most. Despite this, Bulleit 12 Year Rye offers enough uniqueness and value that justifies its place among ryes in the marketplace.

Buy Bulleit 95 Rye 12 Year at Frootbat
‍The sample used for this review was provided to us at no cost courtesy its respective company. We thank them for allowing us to review it with no strings attached.
360 video 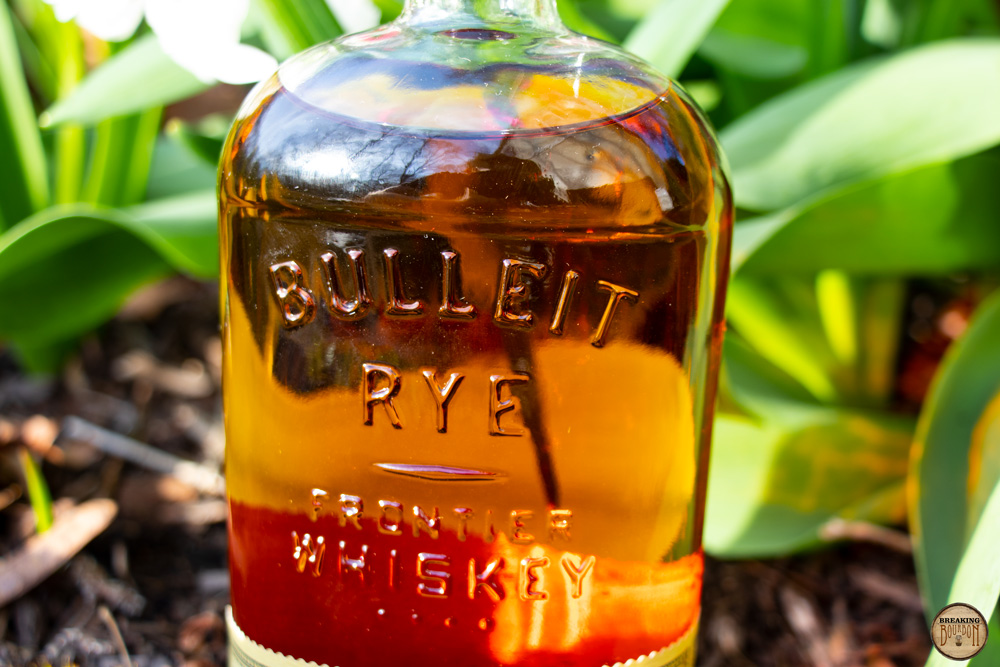 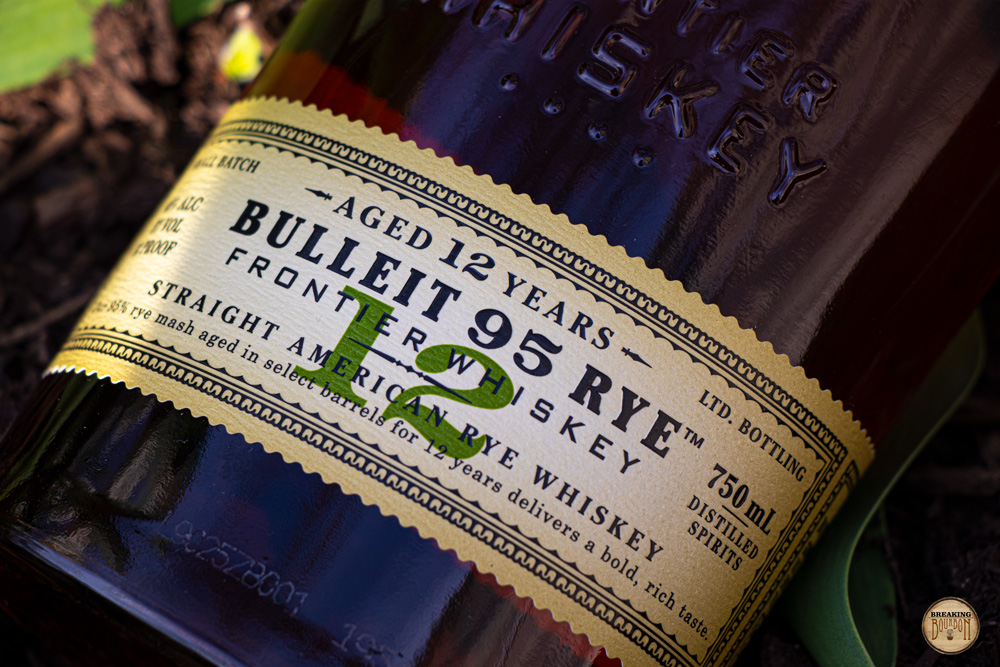 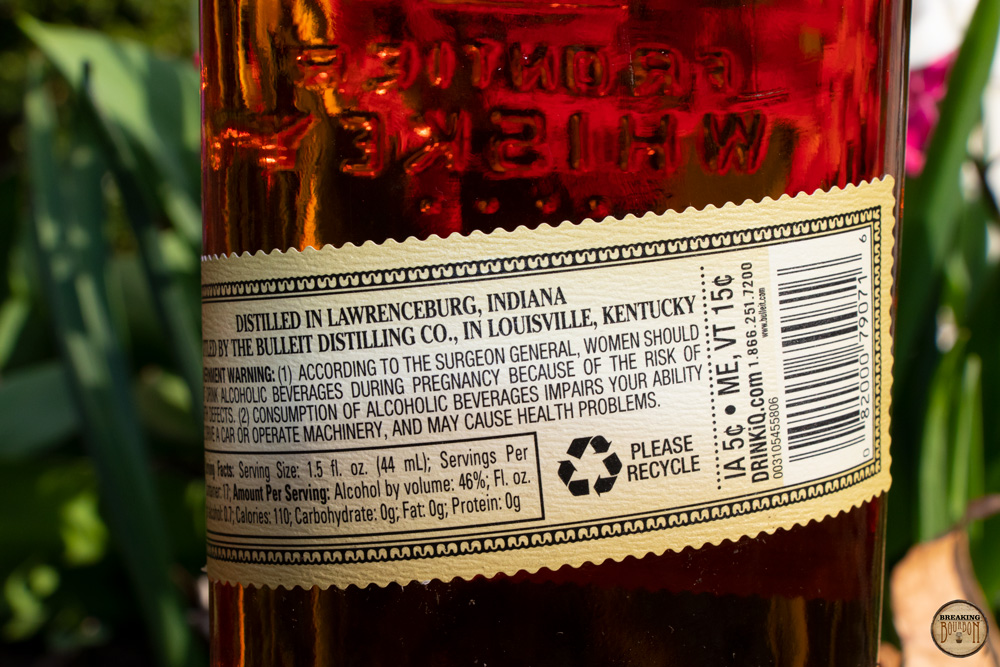