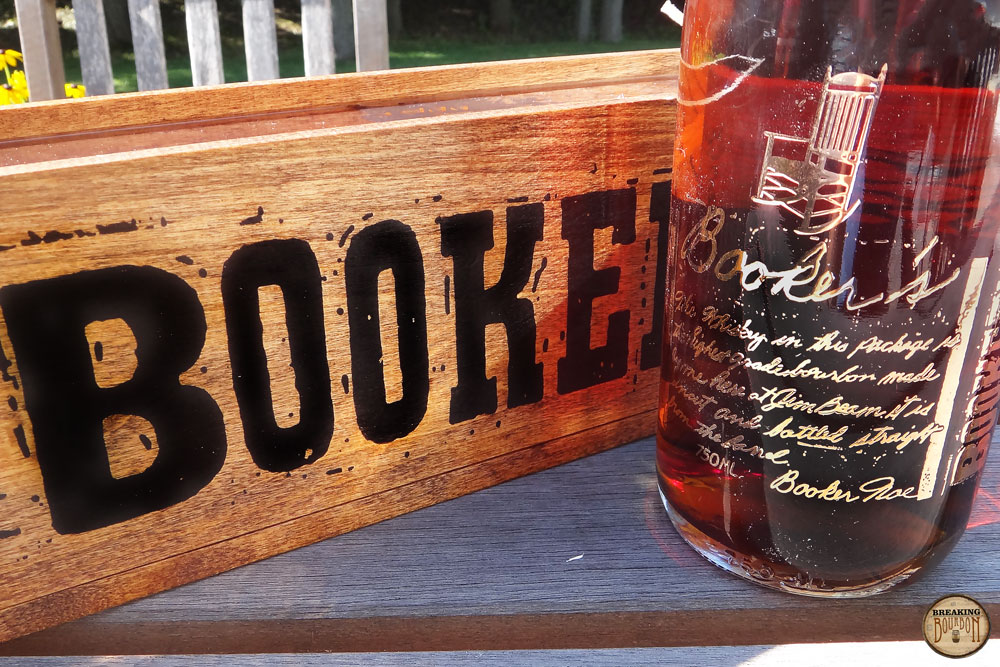 (Barrel Proof, Batch #2014-01): Booker's 25th is a limited release celebrating the 25th anniversary of the commercial release of Booker's. Booker's was the mastermind of Fredrick Booker Noe II, who was Jim Beam’s grandson. Bookers served as the master distiller at Jim Beam from 1965 until 1992, where he then worked as an ambassador for the company until his death in 2004.

Initially Booker would hand select barrels to give as holiday gifts for friends. Eventually the popularity of these bottles caught on and Beam started bottling this en masse. Booker's was launched in 1988 as the first mass produced bourbon bottled straight-from-the-barrel, uncut and unfiltered. The bourbon normally ranges in proof between 121-130.6 and is aged 6-8 yrs. For the 25th Anniversary, the bourbon was barreled in January of 2003 and was extra aged, being pulled after aging 10+ years. Around 1,000 cases of 25th Anniversary were produced for this limited edition run.

Lots of alcohol upfront. Followed by toasted wood, light traces of nuts and coffee. While pleasant, I wasn’t blown away by the initial nose on this.

This bourbon was a big cup of sweet for me. A strong blast of the sugars from the wood hits you the moment you take a sip. Caramel and vanilla pop right out of this bourbon, along with a light woody taste. In addition to the sugar and wood, I also tasted a trace of citrus along the line of orange rinds. The palate quickly morphs into a nice long finish. For bourbon this high in proof, it’s a really easy to sip neat.

The flavors found in the finish hit quickly and stay consistent throughout. It’s comprised of a mellow nutty flavor along the lines of walnuts, with light traces of toasted marshmallow.

Barreled just before the death of Fred Noe II, the extra 4+ years in the aging warehouse treated this bourbon well. Much like the Booker's 10th anniversary release, Booker's 25th is a special one off release from the Beam Family. Once these bottles are gone, they’re gone for good…until the next commemorative anniversary bottling comes along.

At $100 you’re getting a really great tasting bourbon. The normal bottling of Booker's retails for a little under $60 and is really great tasting bourbon as is. However this special bottling ups the game ever so slightly. Is it worth the extra $40 to buy a bottle? That one is debatable. If you’re a fan of Booker's normally, you’ll definitely want to try to find any remaining bottles. If you’ve never had Booker's or aren’t a huge fan normally, stick to trying to find a glass of this one in your favorite bourbon bar.

A very suiting tribute to a legendary master distiller.

I liked Booker's 25th a lot. It was a very easy sipper for such a high proof, and I had a really nice time sipping this bourbon. I do wish the nose was better on this bottle, but then again the nose on a normal Booker's bourbon isn’t anything to write home about either.

While my preference for this bourbon was to drink it neat, if you’re inclined to add a few drops of water, I’d say go right ahead. The nose didn’t change for me, but the bourbon morphed from a sweet sipper, to a spicy bold flavored bourbon full of pepper and wood. On the finish I picked up flavors of tobacco, bark, cherry syrup, and strangely enough very light traces of bubble gum. Really feels like you’re getting a two-for-one deal on this bourbon. Enjoy a few sweet sips, and then add a little water to get a totally different profile.

Buy Booker's 25th Anniversary at Frootbat
‍The sample used for this review was provided to us at no cost courtesy its respective company. We thank them for allowing us to review it with no strings attached.
360 video 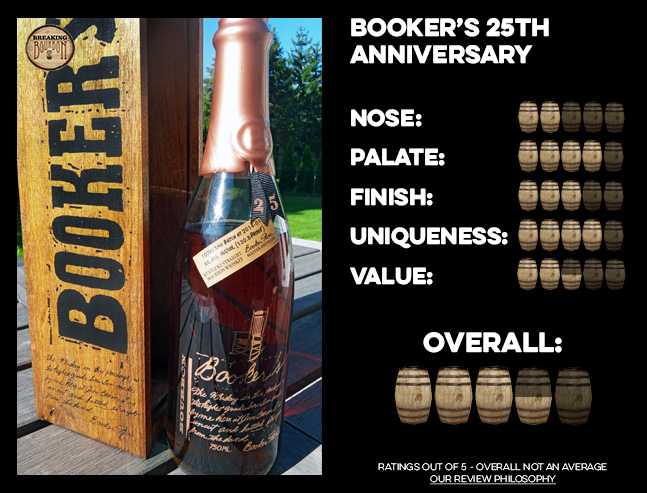 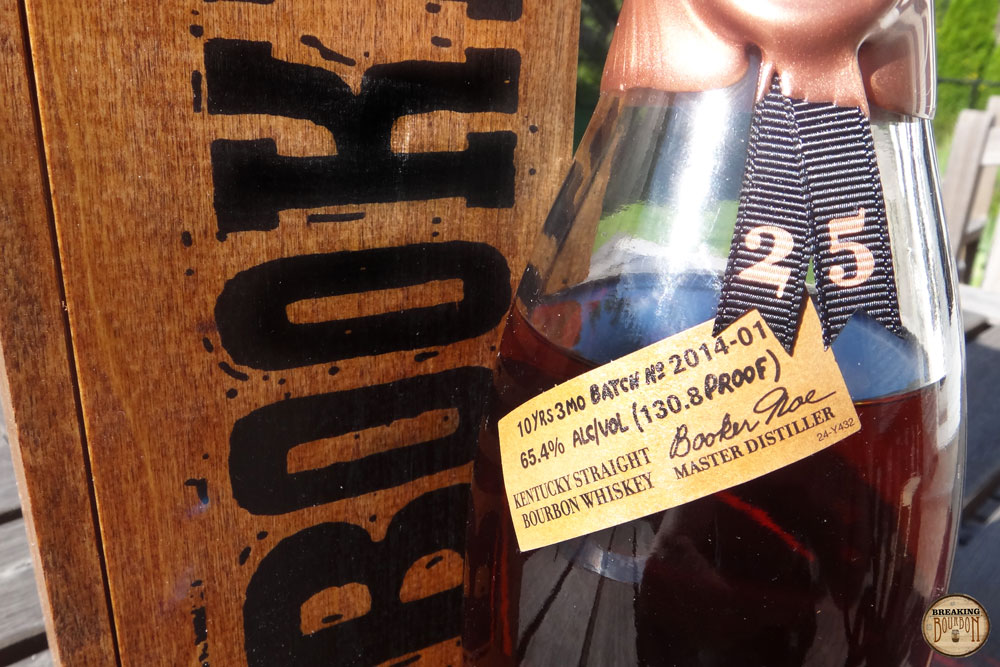