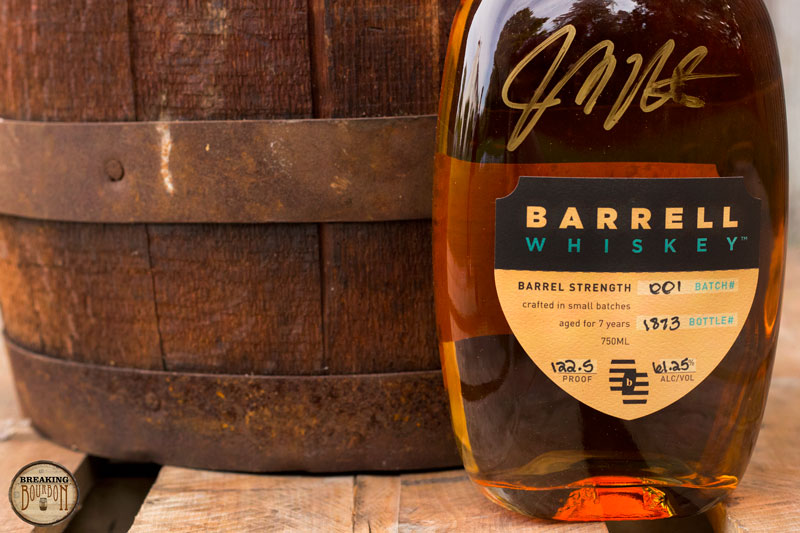 Distillery: Sourced (From an undisclosed distillery in Indiana)

This is a blend of 50% 7 year-old and 50% 8 year-old barrels of whiskey distilled in Indiana from a bourbon mash bill, and aged in Kentucky in used bourbon barrels. The whiskey wasn’t charcoal or chill filtered, instead it was filtered through a coarse particulate filter to remove any charred oak sediments. The mash bill for this whiskey consists of corn, rye, and barley, however exact ratios are not given.

This is the first batch of whiskey released by Barrell Craft Spirits after releasing several batches in their bourbon line.

Before even bringing this up to my nose I’m immediately suspicious of what I just poured. I had to do a triple take as this is an incredibly light colored whiskey, which is reminiscent of a white whiskey aged for just a short time in a new barrel. That being said, the nose reminds me that this isn’t just one step removed from white whiskey.

The nose is surprisingly mellow for a 122.5 proof whiskey, with just the slightest amount of alcohol present. That’s the good news. The bad news is I found myself inhaling hard to distinguish the subtle scents that seemed to settle at the bottom of the glass. Barley, fresh baked bread, toffee, and the ever slightest hints of vanilla and caramel are all present. Not horrible by any means, however for being 122.5 proof I’m shocked that the scents don’t come across deeper than they do, and at how much I really have to work to distinguish the ones that are present.

While the nose didn’t build my confidence, the palate is surprisingly sweet and delivers a really nice taste. The sweetness is comprised of maple syrup, french toast, and powdered sugar that are mixed with pronounced lush dark fruits. These are all topped off by a dab of heat, that allows all the flavors to meld together in a delicious flavor profile. This is one whiskey that you’ll spend awhile on picking apart the various flavor components hidden inside.

The finish starts off really hot and then quickly fades to a mellow heat that dies over the next minute or so. The upfront heat is contained to my mouth and presents with it tastes of watermelon influenced fruit punch. As the heat fades away flavors of fresh marshmallows, dark cherry chocolate, and baked desserts are all noticeable over the next minute or so. From here, the finish mellows out into a one-dimensional flavor that lasts several minutes. This isn’t necessarily a bad thing as I found myself reminiscing of sipping on a cherry cream soda for several minutes after taking a sip.

The company’s mantra is to provide a unique and different whiskey with every batch. While this is their first batch of whiskey and I had nothing to directly compare it to, it has one of the more unique flavor profiles for a whiskey. It isn’t mind blowing, however the palate pairs the sweetness with the dark fruits really well and the finish keeps delivering long after you finish taking a sip. Additionally, very few whiskeys either bourbon or otherwise are bottled at barrel strength and are neither charcoal or chill filtered.

I went back and added a few drops of water after my tasting to see how it affected the whiskey. The water actually muted the initial flavors a little bit while shortening the finish. This is one whiskey that I’d definitely recommend you drink for a little bit before considering adding any water or ice to it. The 122.5 proof is very manageable and not nearly as “strong” as you’d expect from a whiskey this high in alcohol.

Coming in at $60 for a NDP whiskey aged in used bourbon barrels, this certainly isn’t an inexpensive whiskey. You’re getting a blended whiskey from an undisclosed source that looks like it was aged for a few months let alone the 7-8 years it actually spent in the barrel. That being said, there also aren’t that many unique tasting barrel proof whiskeys on the market that offer a manageable amount of low heat along with an approachable flavor profile. While not the best deal on the market, there are certainly many worse whiskeys available out there for a similar or even higher price. When you look at it that way, $60 doesn’t seem too bad after all.

If you’re looking for a more affordable substitute to Barrell’s outstanding bourbon batches 005 and 006 which were released around the same time, look elsewhere. While good in its own right, it’s in no way in the outstanding category of its two big brothers. Is it an unfair comparison to make? Quite possibly, however it’s one that will inevitably take place due to the fact that these were all released around the same time.

What Barrell Whiskey does deliver is a unique whiskey alternative to the likes of similarly priced barrel proof bourbons. It’s an approachable whiskey that most high proof lovers will enjoy and delivers just enough discerning flavor elements to hold people’s interest while they contemplate what they’re drinking. This is a good first attempt by Barrell Craft Spirits into non-bourbon whiskey, and sets a nice base for them to build off of in the future.

Buy Barrell Whiskey Batch 001 at Frootbat
‍The sample used for this review was provided to us at no cost courtesy its respective company. We thank them for allowing us to review it with no strings attached.
360 video 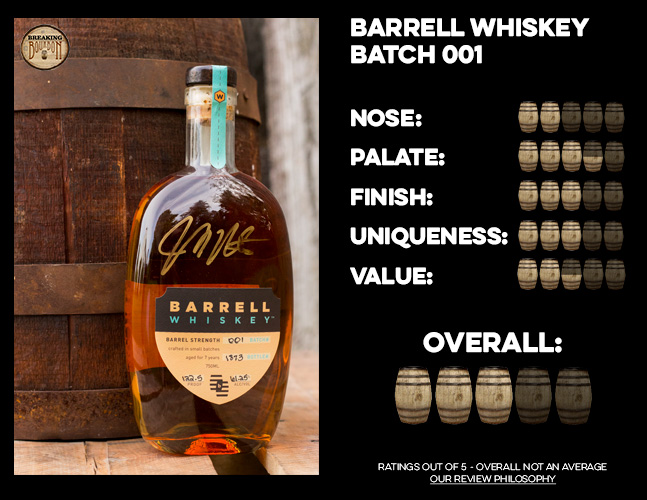 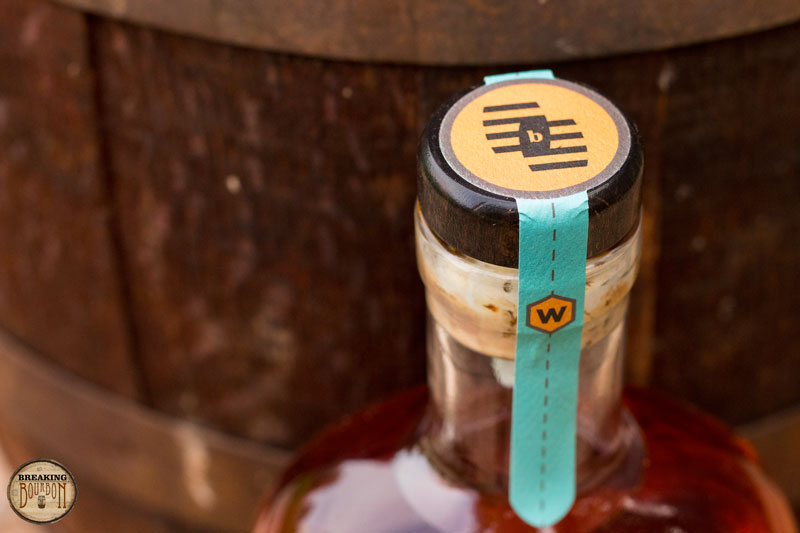 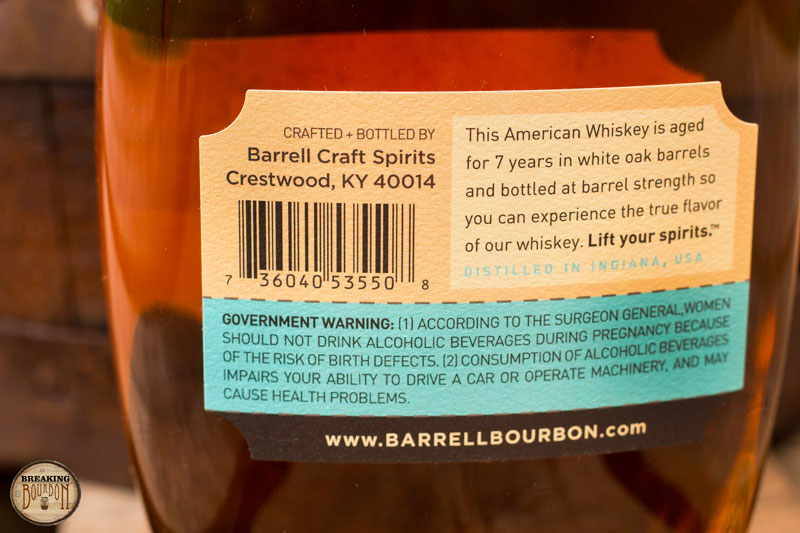 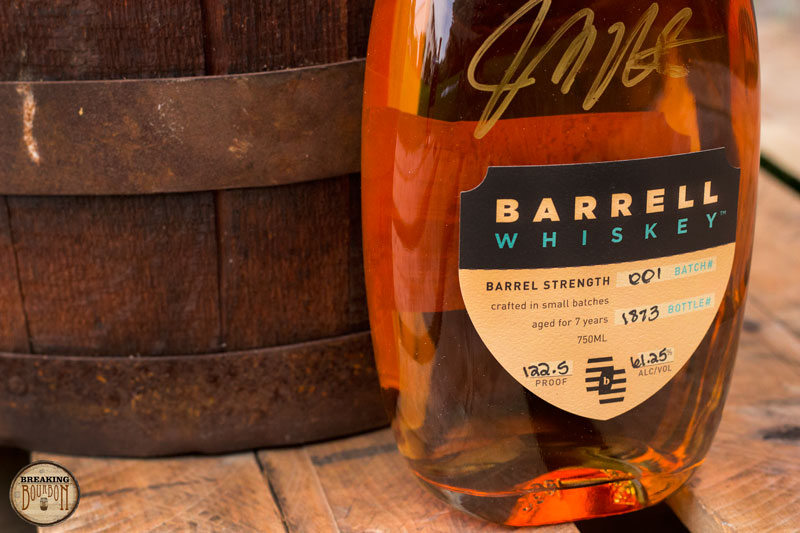