The bottle in review is from Batch 007, bottle number 5002. It was distilled and aged in Tennessee, in American white oak barrels with a Char #4.

Scents of grains and sweet corn are at the forefront, wrapped in citrusy orange peel. A sting from the alcohol is present as much as would be expected for the proof. While not unpleasant, its aroma is not overly inviting either.

Spice takes the lead, with a smattering of raw grains and buttery cornbread. It has a nice mouthfeel with a bit of a tingle on the tongue. Sweet citrus and seasoned wood come out from behind the initial flavors leading into the finish.

Nice and spicy. The citrus and seasoned wood that teased the tastebuds on the palate dominate at the start of the finish, making for a nice combination. The seasoned wood progressively overshadows the other flavors as they dissipate, making for a long, dry, and enjoyable finish.

For the first few pours I drank this on its own. However, the spiciness of it reminded me of Batch 005, so I poured some of the last few drops I had of Batch 005 for a side-by-side comparison. To my surprise, I still noticed more spice and a bit more depth with Batch 005.

Being of similar heritage, I poured some Batch 006 for a comparison as well. While I noticed echoes of flavor similarities, the lack of refinement with Batch 007 was more evident against the backdrop of Batch 006. At 5 years old compared with 8.5 years that’s to be expected, though Batch 007’s youth isn’t necessarily a bad thing. In fact, it offers a unique comparison with its recent predecessors, almost filling a gap on a flavor profile in a way that allows us to experience different shades of a similar color.

Each batch of Barrell Bourbon has some inherent value simply based on its unique flavor profile, limited production, and careful curation with high level of attention to the details. Barrell’s “every batch is unique” mantra is both a gift and a curse for the brand, as it is nearly impossible to avoid comparison with the previous batches (immediately passing judgement on value), yet eager fans will be compelled to try the next batch creating an inherent demand. However, as more batches continue to be released, we have to consciously value each individually based on its own merits, not just how it compares to its predecessors. While Batch 007 is not quite the exceptional experience Batch 006 was, it is still a quality barrel proof bourbon packed full of flavor. Despite this, at $90 it’s a tad overpriced, as I would prefer to see it at around $75. Fortunately, it’s not unusual to see Barrel Bourbon priced for a bit less than MSRP.

Barrell Bourbon continues to impress with another tasty batch of bourbon, albeit a bit less refined than its most recent predecessors.

Joe Beatrice continues to impress with another tasty batch of bourbon. With so much recent press and a following that is on its way to achieving cult-like status, it’s great to see quality batch after batch even if this one doesn’t quite match that of its predecessors.

Being Batch 007, I can’t end my review without an obligatory James Bond reference, and in so doing will attempt to cast the most recent Barrell bourbons as their best characterized “Bonds.” While the recent Barrell Bourbon Batches 005 and 006 might be cast as the more debonaire Connery or Brosnan, the “007” Batch would most certainly be cast as the more primal Daniel Craig!

Buy Barrell Bourbon Batch 007 at Frootbat
‍The sample used for this review was provided to us at no cost courtesy its respective company. We thank them for allowing us to review it with no strings attached.
360 video 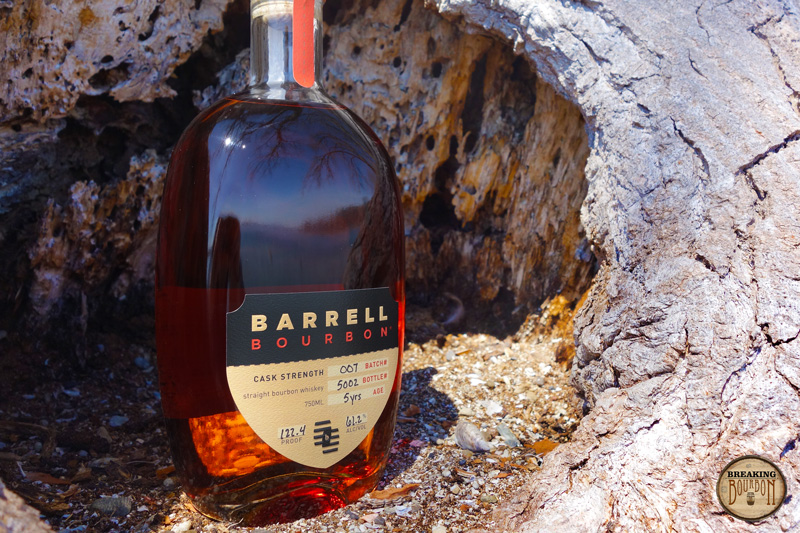 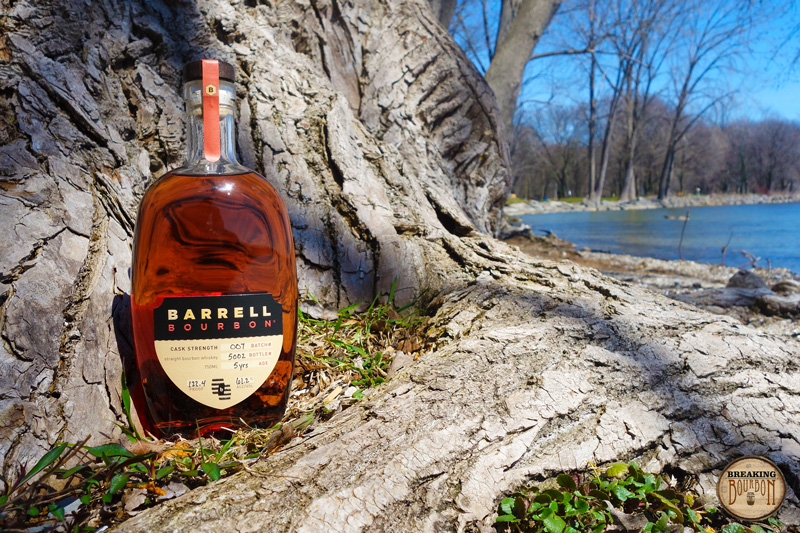 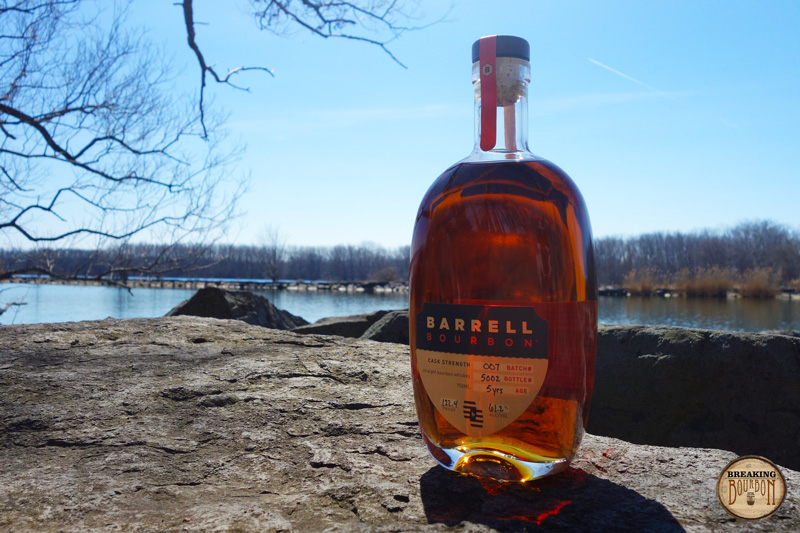 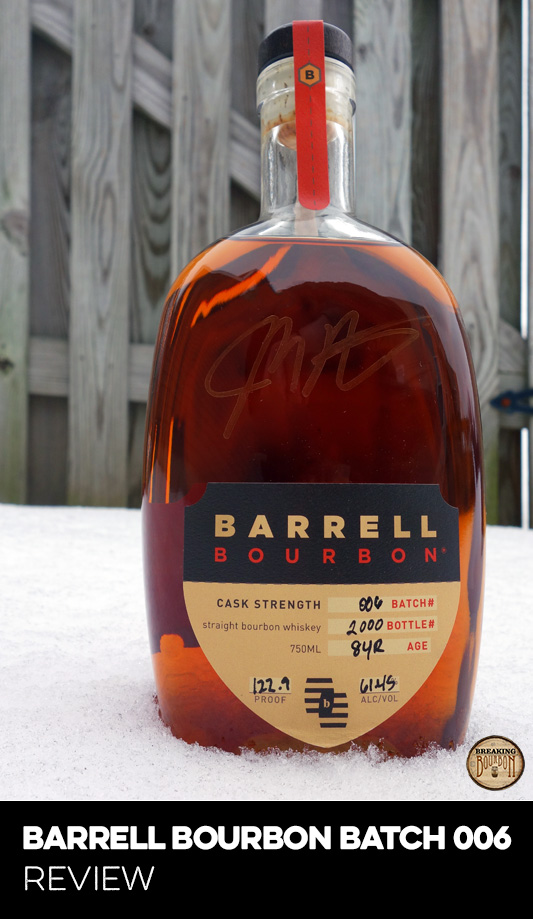 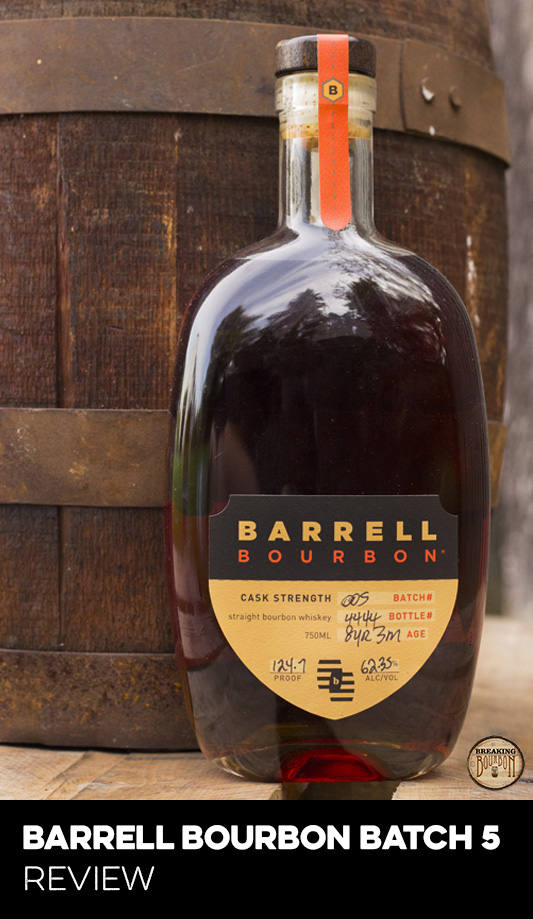