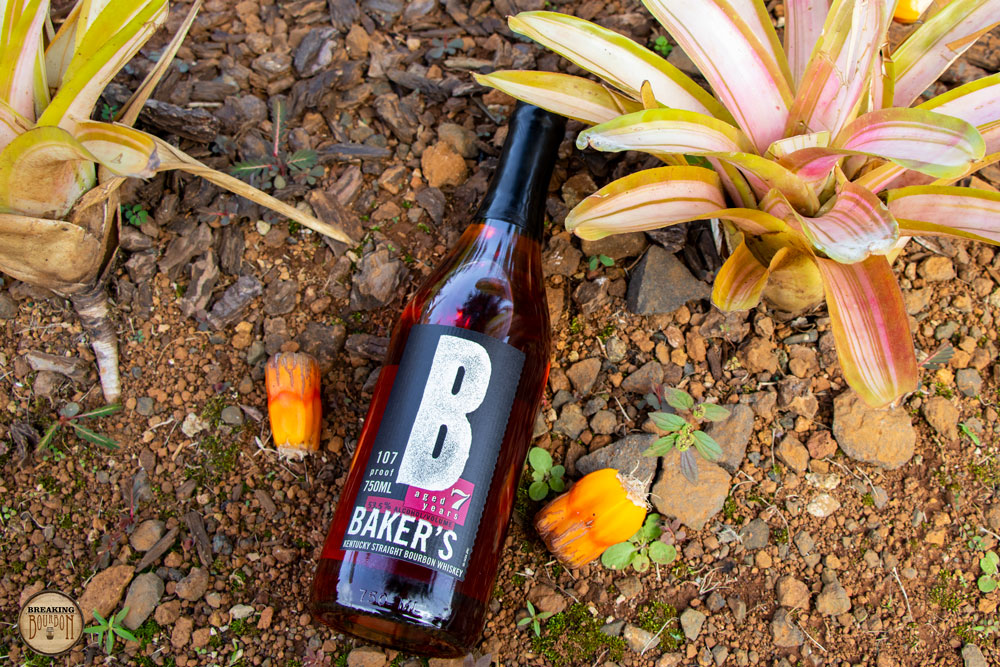 Baker’s Bourbon is named after Baker Beam, grandnephew of the legendary Jim Beam.

Heavy baking spices, cinnamon bark, and oak up front. While 107 proof isn’t exactly low, the ethanol on the nose is very forward and in your face. It doesn’t impart a negative experience, however it does make the nose deceive you into thinking it could almost be a barrel proof bourbon. Lingering behind the ethanol is a light trace of vanilla.

Baking spices lead the sip. They’re joined with aged oak, leather, a hint of vanilla, and a healthy hit of brown sugar sweetness. It’s hot, but thankfully drinks more mellow than the nose leads you to believe. A sweet and flavorful sip overall.

The sweetness from the palate carriers over to start the finish. Drier oak, leather, and vanilla merge with a long lingering heat. The heat and dry oak remain while dropping off the sweeter parts. The heat grips your mouth and doesn’t let go, bringing you back to believing this is higher proof than the listed 107. It’s a bold way finish the sip.

Baker’s is an interesting conundrum. Where Basil Hayden’s and Knob Creek have lost their age statements, Baker’s continues to hold onto its seven years. After tasting the bourbon, I believe this is partially out of necessity in today’s marketplace. While it delivers a nice overall sip, there’s just nothing inherently special about it when comparing it individually to Knob Creek or Booker’s. When compared to the entire lineup in general, Baker’s ends up containing some of the sweetness and heat seen in Booker’s along with the bold flavor profile seen in Knob Creek.

Basil Hayden’s is an entryway bourbon for many partly due to its lower 80 proof and appealing bottle design. Knob Creek delivers a bold pour in its standard 100 proof bottling and cranks up the proof for its 120 proof single barrel variant. Booker’s rounds things out with its 120+ proof offerings. This leaves Baker’s trying to slot in proof-wise between the standard bottling of Knob Creek and the Single Barrel offering. This all brings me back to its age statement. Without it, one really would just scratch their head and ask why they don’t skip this line all together or just bottle another variant of Knob to cover this range. Until that time  happens (if ever) the seven years age statement does help differentiate it among its peers.

Until recently Baker’s was an overall poor value in the Small Batch Collection. Knob was readily available for $40 and you could get a bottle of Booker’s for a few dollars more. However now that Booker’s has been steadily increasing towards a $100 price point, and Knob no longer contains an age statement, the price becomes a little more justifiable when comparing it amongst its Small Batch Collection brethren.

That said, the market isn’t comprised of just Small Batch Collection bottles. With the recent introduction of Old Ezra 7 Year Barrel Strength being released for $40, things just got a lot more interesting for Baker’s. Yes Old Ezra delivers a different type of sip, but it can’t be overlooked that it’s also has a 7 year age statement, comes in ten proof points higher at 117, and sells for $15 less. It becomes a lot harder to justify Baker’s all of a sudden. If someone wants a bold flavorful sip with a similar, yet also slightly different flavor profile, you have Knob Creek. If one wants an age stated bourbon that’s high proofed, you have Old Ezra 7 Year Barrel Strength. Both come in cheaper than Baker’s and deliver satisfactory drinking experiences.

A well balanced sip in a bottle that finds itself at a crossroads in today's marketplace.

Baker’s delivers an above average sip, yet one that seems like the odd man out in the Small Batch Collection. If you’re a fan of the other bottles in the collection, it’s worth seeking out a bottle. If, however, you haven’t had any of the Small Batch Collection yet, you may want to seek out a bottle of one of the other three depending on your proof tolerance. In a world of disappearing age statements, Baker’s 7 year statement may help it stand out, however I’m not sure too many people would notice if it went away. Ironically, the same might be said for Baker’s Bourbon itself as it is so easily overshadowed by its more well known siblings.

Find Baker's Bourbon 7 Year at Frootbat
‍The sample used for this review was provided to us at no cost courtesy its respective company. We thank them for allowing us to review it with no strings attached.
360 video 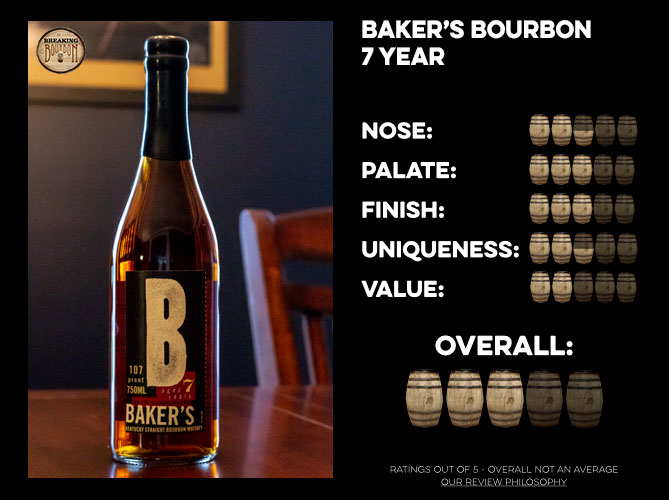 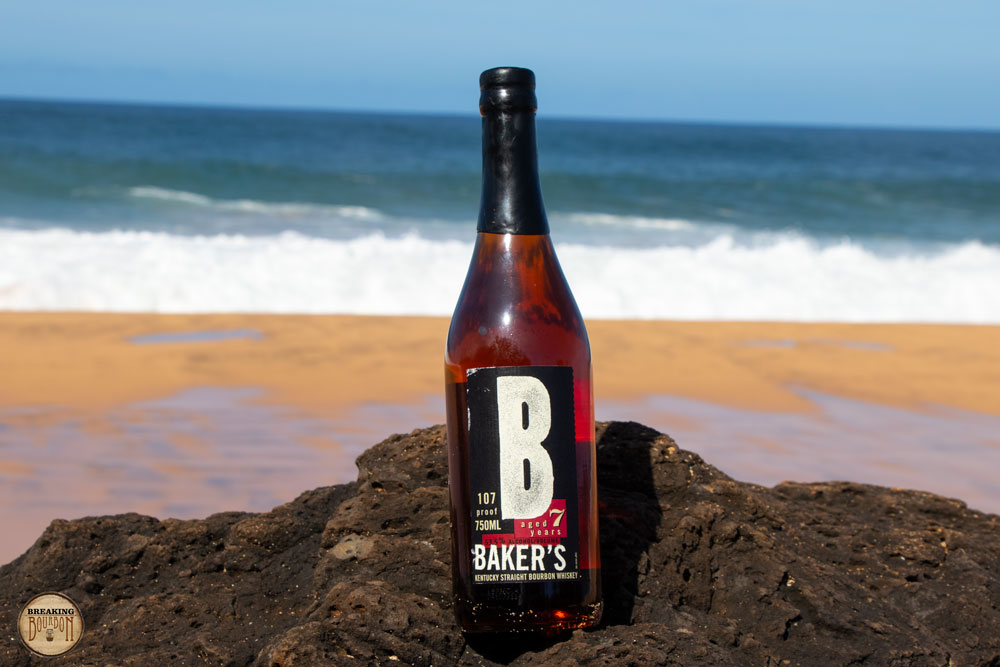 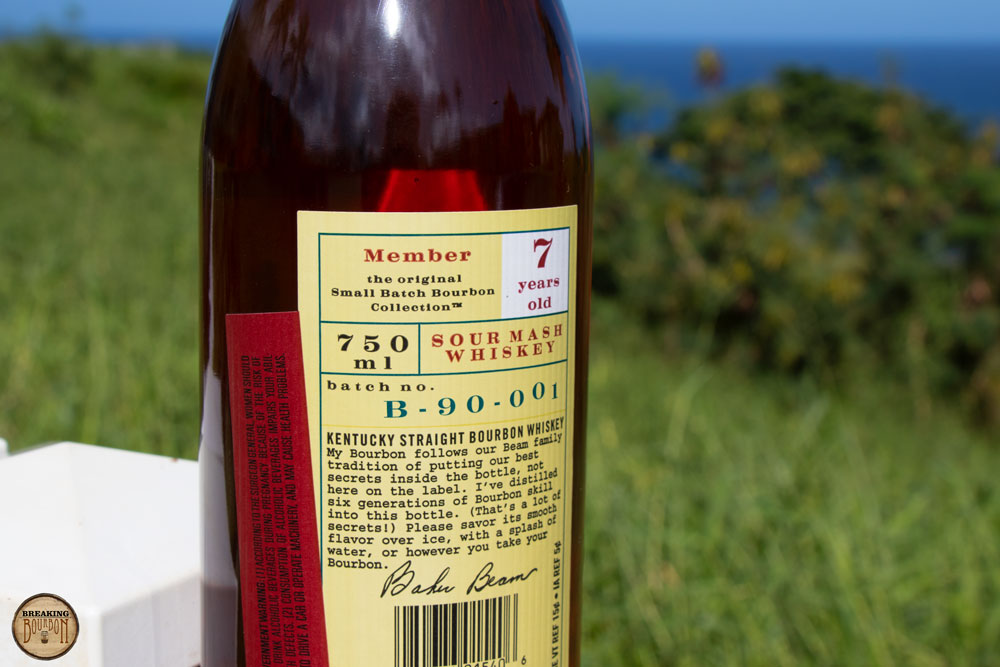 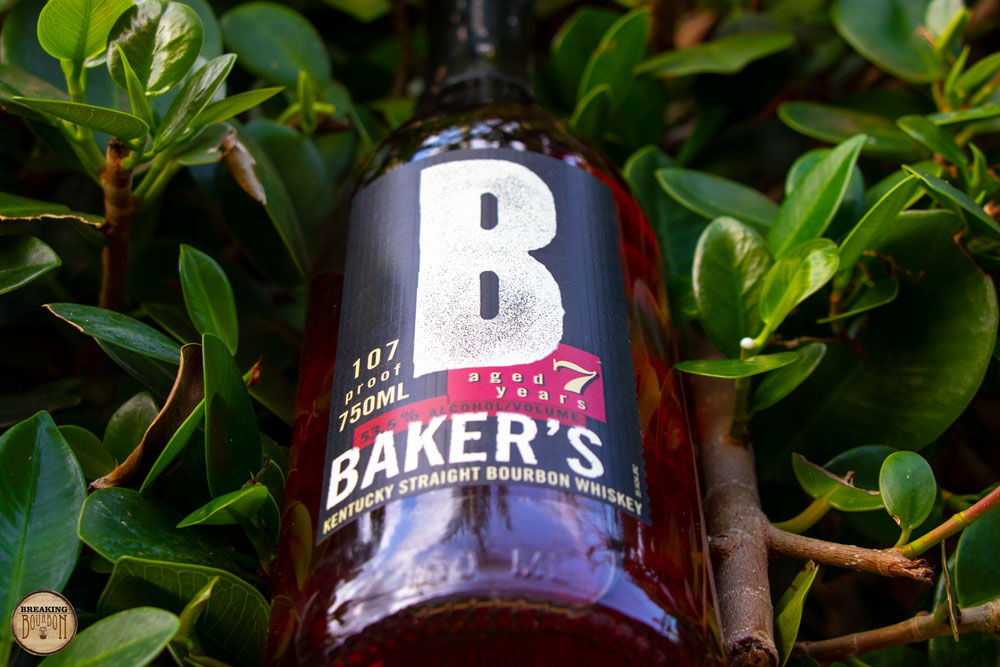