A. Smith Bowman Distillery is part of the Sazerac Company, Inc. spirits portfolio. The company normally uses their A. Smith Bowman label for their Small Batch Experimental Collection. However, it was announced that A. Smith Bowman Cask Strength will be a new permanent addition to the brand starting in 2021. Aged a minimum of 10 years, the barrels were hand-selected from the lower tiers of the company’s Warehouses A1 and A, by Master Distiller Brian Prewitt. You can read more in the company’s press release.

This bourbon isn’t shy about hiding its proof. Bold scents immediately greet you in the form of aged oak, caramel, vanilla, and creme brulee. Exploring deeper reveals lighter scents of leather, baking spice, and apple cinnamon pie crust. The resulting rich combination is fantastic. While there is the slightest hint of ethanol simmering beneath, it doesn’t detract from the overall experience. In this case it’s welcome as it gives just enough fuel to those scents to get you very excited for what’s to come.

The boldness from the nose carries over to the palate. Upon first sip, you're greeted with a plethora of flavors including dry leather and slightly tannic oak, along with caramel and toasted brown sugar. Splashed on top is a layer of syrup soaked cherries akin to Luxardo Maraschino Cherries. However, these flavors are in a constant battle with the massive amount of spice and heat that punches at your taste buds. The end result though is memorable, providing a sip that will very much please those who seek out higher proofs along with those who are interested in exploring them.

Consistent with the palate, the finish brings a lot of well balanced heat to the table. A fireball of heat quickly envelopes your mouth and lingers just enough to make you wonder if that’s all there is to it. However, as the heat slowly recedes, rich flavors of dry leather, oak, and burnt caramel begin to reveal themselves along with a dollop of spice. As these flavors slowly fade, you’re left with a warming heat that slowly envelopes your chest and lasts for minutes on end. It’s the perfect way to end the sip and make you ponder how they were able to pack so much flavor into a bourbon without it being overshadowed by its 140+ proof.

There’s reason to be excited about any new bourbon that clocks in at over 140 proof from a well known distillery. These bourbons, also known as hazmat bourbons for the fact that you can’t pack them in your checked baggage on a plane due to their high alcohol content, are few and far between. The main reason is that it takes skill to be able to produce a flavorful bourbon that delivers a sip consumers will enjoy versus simply burning their taste buds off at this proof.

In the case of A. Smith Bowman Cask Strength, the company nails it on their inaugural release. The sip is full of rich nuanced flavors that are delivered with a boldness that never quite goes over the line. It manages its proof well, and holds up to the best years of high proof George T. Stagg that I compared it against. More impressive is the fact that this drinks more like it’s a 120 proof bourbon, delivering all of the flavor without scorching your esophagus. It’s an outstanding feat to say the least, and one that you don’t come across too often.

With the proliferation of high priced limited releases over the last few years, triple digit priced bourbons are easy to scoff at. There is an automatic assumption by most, that the market didn’t need another high priced limited edition bottle that few will see. While I can’t normally fault that thinking, for this release I will say that it need not apply.

While age stated limited edition cask strength bourbons aren’t unusual, what is much rarer is a 140+ proof release. These don’t come to market too often and when they do, sometimes the novelty lies more in the proof vs the actual overall whiskey itself. In this case however, given the combination of its age, its proof, and more importantly the sip it delivers, A. Smith Bowman Cask Strength Batch 1 is well worth the asking price and then some.

Sporting an attention-grabbing proof, A. Smith Bowman Cask Strength delivers in all the places that count: age, proof, and impact.

Every now and then a new bourbon will come out of left field and leave a memorable impression. A. Smith Bowman Cask Strength Batch 1 is exactly that type of bourbon. When I first heard of this new permanent expression to the company’s lineup, I was of course intrigued by the high proof the inaugural release was sporting. The resulting sip is totally unexpected, elevating what is normally found in Bowman’s Small Batch and Single Barrel expressions to an entirely new level.

For sporting such a high proof, I was amazed at how manageable the sip is. Sporting rich and deep flavors, the bourbon manages to make the sip come alive and showcase every single proofpoint it sports. For those that haven’t had such a high proof bourbon before, it will make them wonder where this has been all that time. For those that seek out these rare high proof pours, it will bring a smile to their face. This is definitely a bottle worth tracking down.

Buy A. Smith Bowman Cask Strength Bourbon (Batch 1) at Frootbat
‍The sample used for this review was provided to us at no cost courtesy its respective company. We thank them for allowing us to review it with no strings attached.
360 video 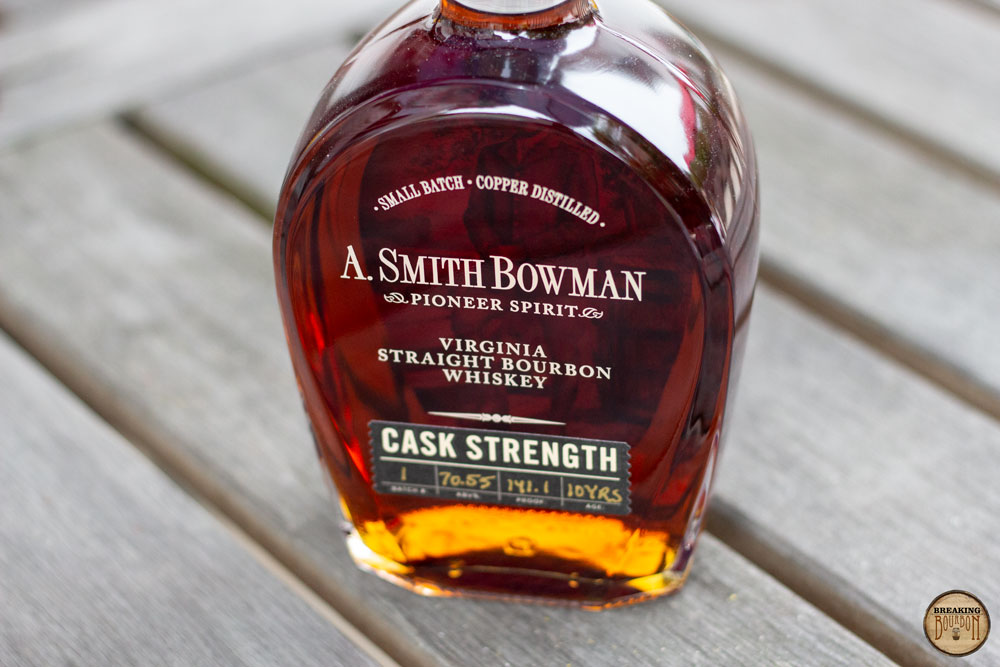 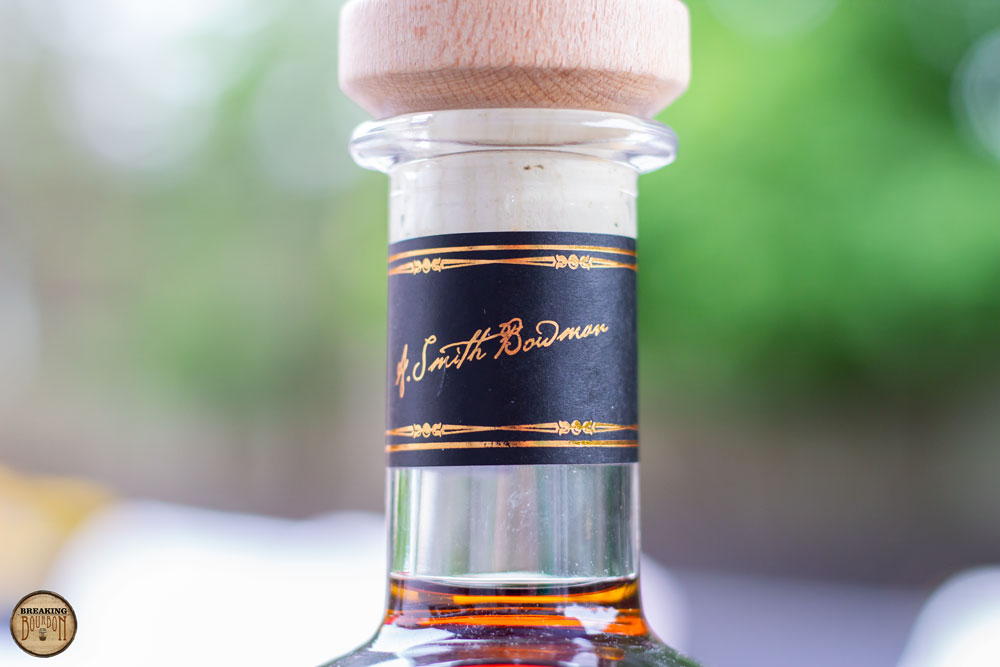 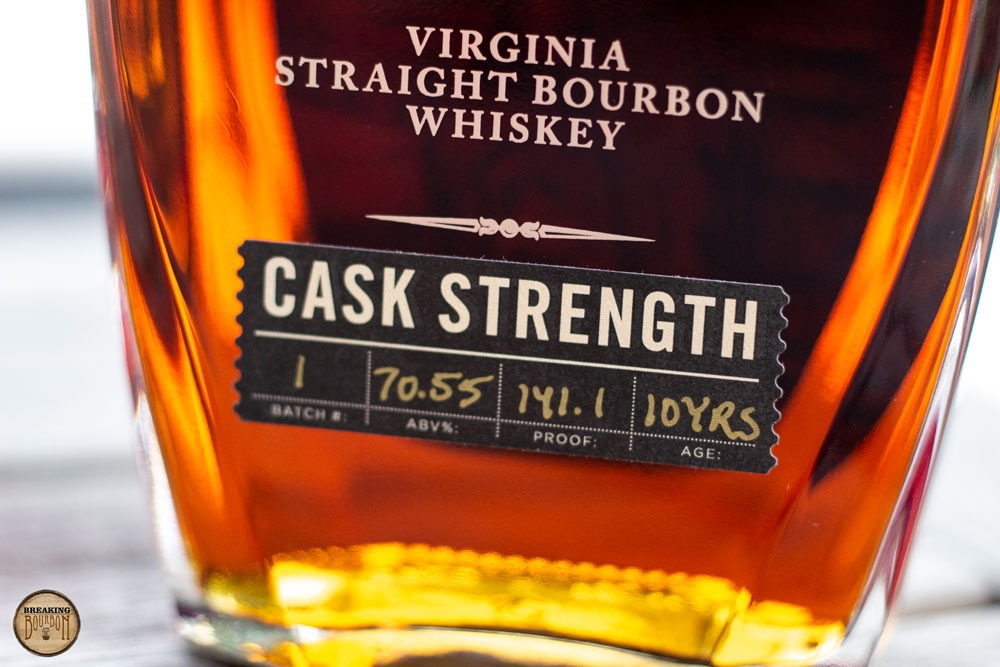 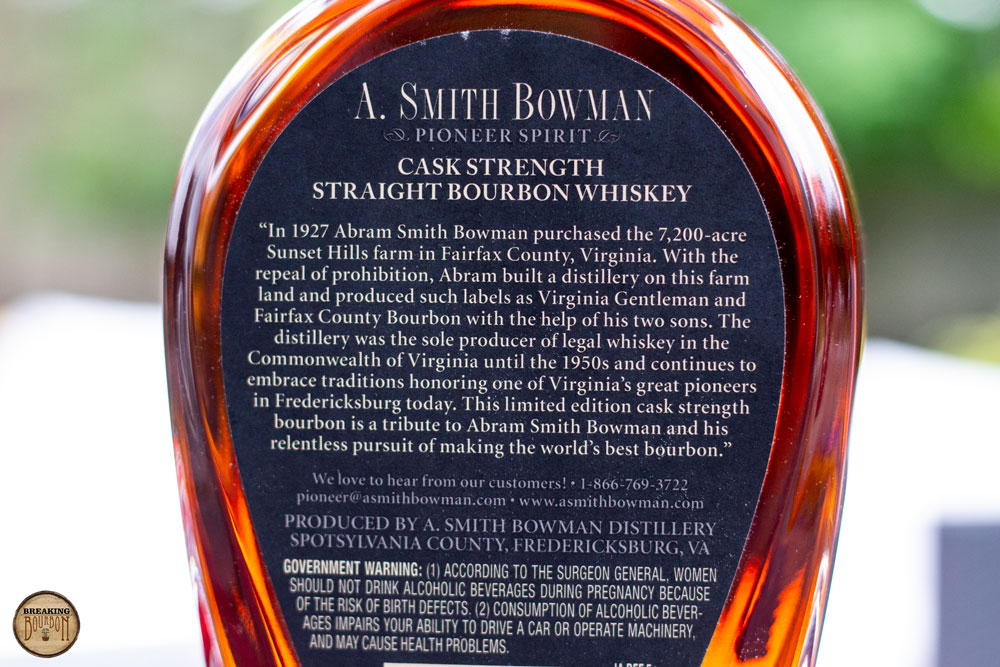