October 14, 2020—Lost Lantern, a new independent bottler of American whiskey, is excited to announce the addition of four hand-selected single casks to their initial release lineup.

These highly limited, one-of-a-kind single casks consist of unique and deeply expressive whiskies produced by some of the finest distilleries in the United States. “We wanted our first round of single casks to encourage whiskey lovers to discover distilleries that they might not necessarily have access to otherwise,” explained Adam Polonski, co-founder of Lost Lantern. “All of these distilleries are rising stars in the American whiskey scene and have built impressive fanbases, but they aren’t always easy to find.” Each is bottled at cask strength and is non-chill-filtered and natural color.

The following single casks—along with American Vatted Malt Edition No. 1, announced earlier this month—will be available for sale on October 15th at LostLanternWhiskey.com and Seelbachs.com shortly thereafter:
‍

Single casks are an essential piece of the Lost Lantern model, inspired by the long tradition of independent bottlers in Scotland. “Many superb distilleries are making delicious whiskies that reflect the unique environment where they’re made. Our curated lineup shines a light on whiskies that people might not find on their own, helping whiskey lovers explore the growing landscape of American whiskey and giving deserving distilleries additional attention in the process,” said Nora Ganley-Roper, co-founder of Lost Lantern.

Each quarter, Lost Lantern plans to debut a new collection of single casks, and may announce one-off limited releases from time-to-time.

The first collection of Lost Lantern single casks was chosen specifically to accompany American Vatted Malt Edition No. 1 (SRP $120), created in collaboration with some of the biggest names in American single malt: Balcones (TX), Copperworks (WA), Santa Fe Spirits (NM), Triple Eight (MA), Westward (OR), and Virginia Distillery Co (VA). American Vatted Malt is a demonstration of how whiskies from across the country can come together in a new way. The single casks show how whiskey can reflect where it’s made, how it’s made, and who made it, and demonstrate that compelling whiskey comes from all across the United States.

Mesquite-smoked single malt whiskey is an emerging regional style from the Southwest, and founders Nora and Adam believe it will someday become an American analogue to peated Islay scotch. Santa Fe Spirits, located at the foot of the Sangre de Cristo mountains, is one of the pioneers of this style.  Its unique high-altitude maturation environment (7,000 feet above sea level) sees large seasonal swings in temperatures and produces truly special whiskies. This single cask balances a delicate, elegant structure with bold flavors of barbecue, smoke, and citrus.

Lost Lantern’s first bourbon cask comes from the family-owned Cedar Ridge distillery in Swisher, Iowa. Iowa is the heart of the corn belt. So it’s only natural that the state now makes great whiskey that’s quite distinct from Kentucky bourbon—softer, creamier, but still fruity and spicy. Cask-strength Cedar Ridge rarely makes it outside of Iowa, so this selection, which is reminiscent of freshly baked apple pie, should be a rare treat for bourbon lovers.

Although most rye whiskey now comes from Kentucky, initially it was typically more common in cooler climates. New York Distilling Co., based in the heart of Brooklyn, is reviving this tradition in an urban environment. The apple brandy finish gives this cask an extra New York twist, resulting in a whiskey that tastes like a Viennese apple strudel, loaded with baking spice and harvest fruit flavors.

Made from 100% Texas corn and aged in a 53-gallon European oak ex-Bourbon cask for four years and two months in the Texas heat, this cask will change some minds on what corn whiskey can be. It is spicy and dense like a bourbon, but with a unique floral quality that shines because of the used cooperage. At the same time, it has the big, rich, round mouthfeel of the best Texas whiskey.

Founded by Nora Ganley-Roper and Adam Polonski, Lost Lantern is a new independent bottler of American whiskey. Inspired by the long tradition of independent bottlers in Scotland, the company seeks out the most unique and exciting whiskies being made across the country and releases them as single casks and blends, always with a deep commitment to transparency. Currently, the Lost Lantern portfolio consists of American Vatted Malt Edition No. 1, a blend of American single malt whiskey made in collaboration with six distilleries from across the U.S.—and four single cask whiskies.  Lost Lantern Whiskey is available for purchase at LostLanternWhiskey.com and at Seelbachs.com. 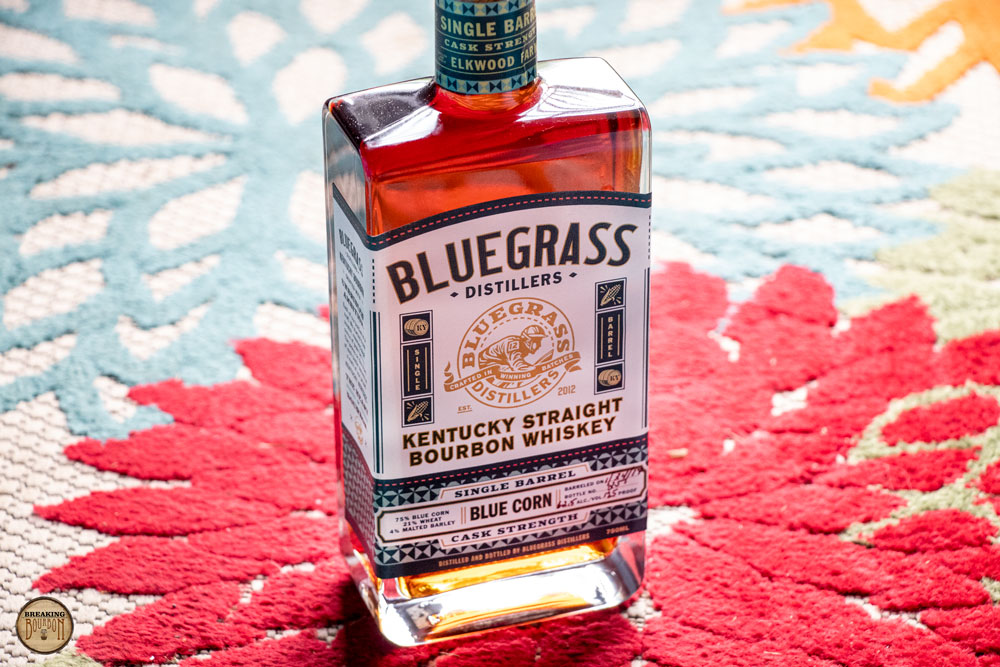