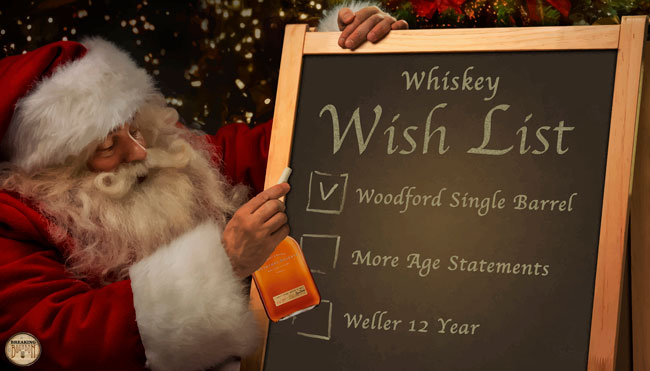 We’ve been wishing for this for some time, even asking Woodford's Master Distiller Chris Morris about it. Over and over again the company says they have no plans for it, but maybe Santa can pull some strings. With the majority of large Kentucky distilleries releasing a single barrel of their standard release over the decade, Woodford is still one of the last holdouts. The main issue is probably the fact that Woodford is made in two places and is blended together for their Distiller Select release with only a small portion of the blend actually coming from the Woodford County distillery. With the seemingly more “craft style” production they have at that distillery, that is probably  where most bourbon fans are going to want the single barrel to originate from, which could lead to serious supply constraints. One option would be to release it in their gift shop and eventually it will trickle down to the fans who really want it. Or hey, maybe it could be an upcoming Master's Distiller Collection.  -Eric

Talk about whiplash. After years of companies trying to convince the buying public the importance of age statements (and their accompanying higher price tags in many cases), they’re now removing them, claiming non age stated batched releases are actually better. The truth is, both sides of the argument have merit, but companies’ hands are forced by lack of supply. There’s a very good chance they will be making their return in the future, I just really hope from Santa that when they do, they don’t come with a new “premium” price that  makes us go into Grinch mode.   -Jordan

Weller 12 Year on the Shelf at MSRP

We’re not sure if you heard, but the Weller brand family received a label and bottle design change in 2016. New colorful labels in new taller and skinnier bottles. Of course we’re not sure why Buffalo Trace bothered since Weller has been rarely seen in the wild since 2013. Maybe it makes the company feel better that they are doing  brand service, but for the rest of us who would like to drink these $30 MSRP bourbons, it’s a little bit of a sick joke. Of course, a local major liquor store did offer us a bottle of Weller 12 Year this year at the amazing price of $99. He’s a mean one that Mr. Grinch.   -Eric

As Harry says in Home Alone 2, “Wow, what a hole.” That’s a good way to describe the big empty hole of the high aged rye market. We hear over and over that rye whiskey is at its best on the younger side (<10 years). Bah Humbug. A lot of that probably has to do with the majority of rye whiskeys on the market coming from one company; MGP. Before the rye whiskey revival, it probably wasn’t in  their plans to age rye over 10 years and now they're scrambling to do just that. Anyone who has tasted a carefully crafted high aged rye knows how amazing they can be. With rye’s popularity continuing to climb, companies are going to look to fill in this missing segment in the marketplace so there’s a lot of potential and money to be made here.  -Nick

Time Back from Hunting Limited Releases

We’ve been saying we’ve wanted more options in the $60-$100 range for some time. We want whiskeys that are of a higher quality than what is currently found in the $50 category, but not so much that they fly off the shelves never to be seen again. Unfortunately, this wish is coming true in ways I wish it wouldn’t. Instead of new higher quality products filling in this price range, companies are simply increasing the price of current products without any quality increase. What I really wish companies would do, would be to pick out better barrels of their standard releases and market them in this price range.  They can still keep the best of the best barrels for their special releases (now in the $100 plus price range), but pull enough above-average barrels for these releases so they don’t disappear as fast as special releases do. With supply not meeting demand in all price categories, this wish doesn’t look like it’s happening anytime soon.  -Jordan

Santa, I appreciate all the bourbon related gifts you (and family members) send every year, but I can only take so many bourbon history books, whiskey stones, aging sticks, decanters and whatever the latest whiskey gimmick gift is this holiday season. Enough already. I know I have way too much bourbon already, but there  are always more I want to try. If you really want to surprise me, take an inventory of my collection, show the store clerk and have him suggest one I don’t have. It would be a complete surprise and I get to taste a whiskey I (hopefully) haven’t had before. Now that’s a great gift.  -Eric

Bars Stocking Any Bourbon Other Than Bulleit/Maker's/Beam

With the cocktail revival in full swing and what seems like every bar having a case of vintage diarrhea, it’s nice to see more bars carrying bourbons other than Maker’s/Bulleit/Beam. If you live in a large city this isn’t a problem, but I suspect for most, this probably isn’t the case. Nothing against Maker’s/Bulleit/Beam, but who doesn’t like some variety in their bourbon life? When we’re out at a bar, are we actually going to spend money to drink white-label Beam neat when we have an amazing collection sitting home (alone)? No offense to white-label Beam, but at least carry black-label Beam, or Double Aged, or Extra Aged, or whatever they’re calling it nowadays.  -Eric

How many times have you seen someone post their growing collection only to find it’s filled with hard to find and premium priced bourbons? With such frenzy over limited releases, it’s not hard to blame newbies for wanting the “special” bottles everyone else wants. The problem is, without some experience with lower priced, everyday bourbons, the special bourbons just aren’t as...special. The solution: start  with the bottom shelf, or at least close to it. There are plenty of great bourbons in the $20-$30 range, get to know a bunch of them and then progress upwards. Since this is a Christmas wish list, let’s think of bourbon collections as snowmen. Build a nice wide base of low cost readily available bourbons first, then move to the (smaller) premium midsection, and finally plop that little head of hard to find limited releases on top. Now you’ve earned a carrot, enjoy!  -Nick

Bourbon pricing has gotten out of control and continues to get worse. I’m not just talking about MSRPs going up, but more specifically the grossly inflated prices on more and more “limited” releases found on store shelves and in the secondary market. These could rightfully be charged with contributing significantly to the rising MSRPs we’re starting to see. Limited release  bourbons might be good, but are they really that good? Don’t grab your pitchfork and torch just yet though, it takes two to tango. The buck starts and stops with us, the consumers,  and as much as it pains me to say it we are equally at fault here (as a whole). So the next time you see an overpriced “limited” release, whether on a retailer’s shelf or in the secondary, just say no. Overpriced pour at a bar, just say no. Finally, for those who can’t resist the urge or just hate money, wait until 2017 and go buy some Booker’s.  -Nick

Blanton’s Gold and Straight From the Barrel Returning Home

It’s crazy to think that some of the better bourbon Buffalo Trace makes isn’t sold in retail stores in the US. I’m talking about Blanton’s Gold and Blanton’s Straight From the Barrel, which are only sold in international markets and some duty free shops. Sure this isn’t an uncommon practice with Wild Turkey and Heaven Hill also selling some variants overseas, however Blanton’s seems different. These versions aren’t aged differently, or longer, or anything of the sort. They’re just  proofed differently, and that is the real knife in the side. It turns out that higher proofed Blanton’s is actually quite good and would make a great alternative to those hard to find Buffalo Trace Antique Collection bottles that everyone yammers over. Please Santa, won’t you throw us a bone and have our dear old Blanton’s come back home!  -Jordan 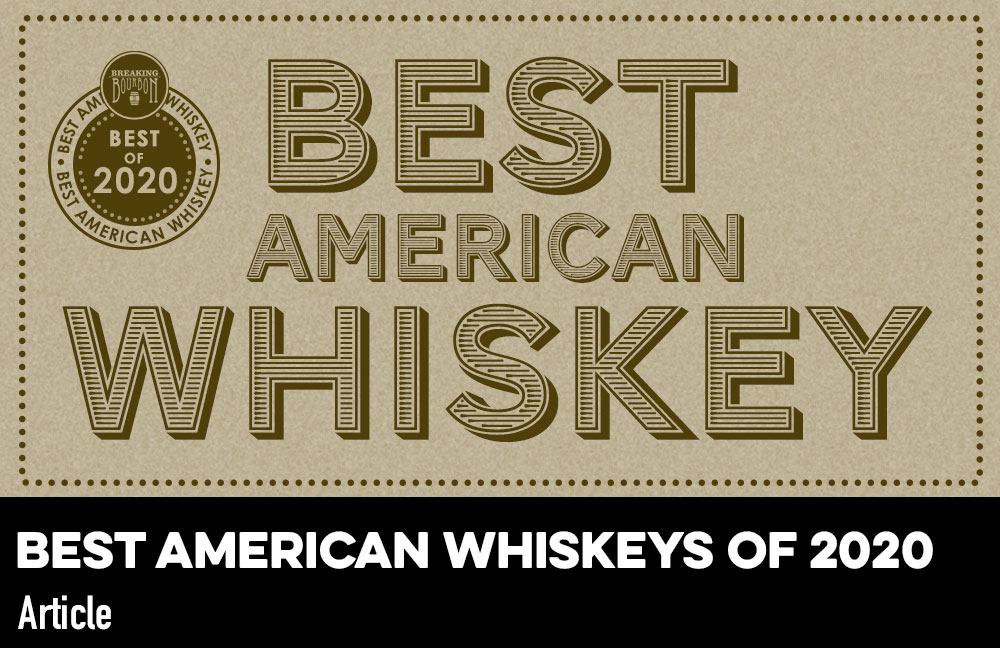 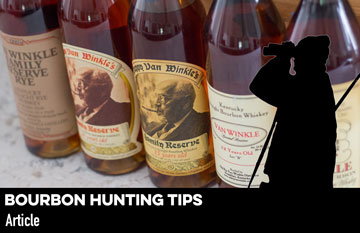